ALGO Goes Up by 8% Amidst Crypto Crash; Expert’s Prediction on the Altcoin Trio 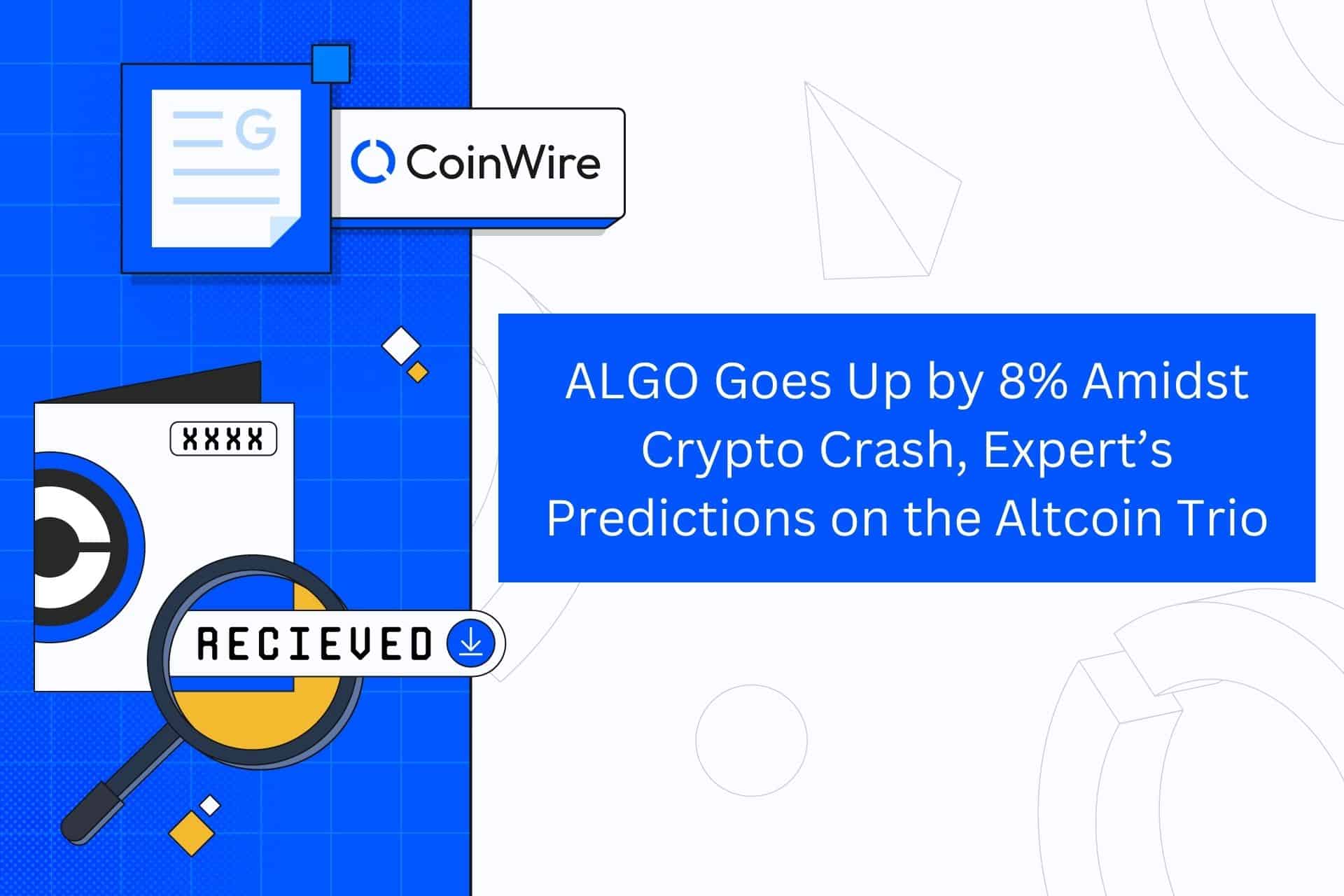 In the midst of bearish macroeconomic conditions that have a significant impact on the cryptocurrency market, Algorand’s native token ALGO gains 8%.

NEWS IN A GLIMPSE:

This is in contrast to the significant sell-off that other altcoins in the market are currently experiencing.

The Federal Reserve is said to have started this situation by raising interest rates by 75 basis points. Where the Fed Chairman claims that additional quantitative tightening is necessary.

ALGO’s Performance on the Previous Months

The ALGO coin’s price decreased consistently during the month of July. However, it was also improved in the same month as a result of daily brand-new addresses, which also included daily active addresses linked to the coin.

ALGO, Algorand’s indigenous coin, signed up with the cryptocurrency proprietors company in early August. This change increased the number of addresses on the network by 5%. Algorand’s fungible and non-fungible possessions organized within the network were also increased by 1%.

The ALGO network’s brand new addresses reportedly increased by 830.47% in the last week of August. At the time, the ALGO coin was valued at $2.37 billion. In addition, the whale stock increased by 83.33% compared to July. This promising performance was maintained in September.

The Reason Behind the Great Performance

Algorand rose to prominence as a result of its rise in the midst of a cryptocurrency market crash.

Algorand’s team claims that altcoin’s strong performance during these difficult times in the cryptocurrency market is due to its proof-of-stake blockchain protocol.

The blockchain protocol in question is said to have aided the blockchain in achieving complete decentralization, security, and scalability.

In addition, one of the protocol’s strongest selling points is that it considers environmental sustainability.

State Proofs were made available on the Algorand blockchain in September. This is one of their most significant technical achievements this year.

Both Algorand and Ethereum have recently seen technological advances. Algorand is the implementation of the stake proof, whereas Ethereum is the well-known merge.

Despite their blockchain’s similarities in new technology, the two have had very different outcomes. Algorand’s price appears to have risen during the crypto crash, in contrast to the drop that Ethereum experienced following the merger.

ALGO’s technological achievements resulted in a 20% increase, whereas Ethereum’s post-merger performance fell by 20%.

The Effect of Crypto Winter on Other Altcoins

The cryptocurrency market is said to be in a crypto winter. This is a common expression that denotes negative sentiment and refers to poor performance in the crypto market. During this time, lower average asset values across a wide range of digital currencies are possible.

During this time, the well-known crypto analyst and pseudonymous trader known as Altcoin Sherpa issued warnings about the trio altcoin. Avalanche (AVAX), Polygon (MATIC), and Optimism (OP) are layer-1 blockchain scaling solutions for Ethereum (ETH). According to the analyst, the trio will experience downswings as a result of the lengthy downtrend.

According to a tweet posted by the famous crypto analyst, the market structure is still bearish at the time of posting his tweet. If this is the bottom, he believes the public should expect at least one shakeout to $13 or lower from AVAX before the recovery begins.

The crypto analyst also discussed MATIC in a separate tweet. He claims that the altcoin will experience a significant drop at the end of the year before settling at a price that is neither lower nor higher than $0.60. As of this writing, MATIC is trading at $0.737, a 50% or more correction from the crypto analyst’s lowest price prediction of $0.35.

In the case of OP, the crypto analyst warns his followers in a tweet not to invest in the altcoin in the long run. According to him, OP will drop by $0.50 or less and will not be able to recover for some time.