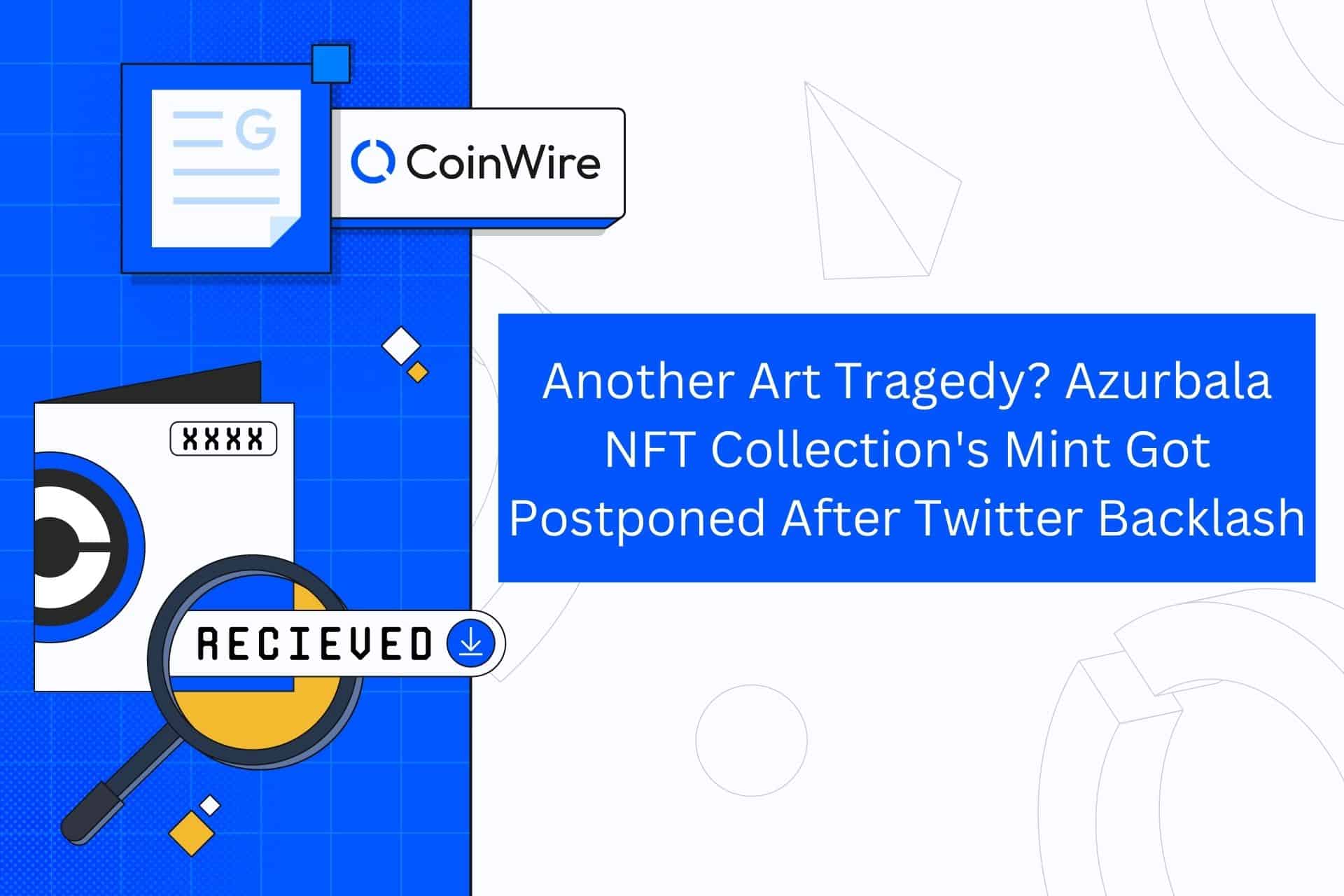 Bored Ape Yacht Club-inspired profile picture (PFP) collection — Azurbala has delayed its mint due to the tweeter backlash it received when it released the NFT collection. The profile picture NFTs were described as strange, almost unexplainable, and completely unrelated.

Azurbala could have been the next big NFT mint, but it has been delayed due to some artwork disaster, similar to the Pixelmon. This NFT collection’s mint passes have reportedly sold for more than $3.6 million on OpenSea.

Azurbala is a storytelling NFTs’ collection that is known to be a Bored Ape Yacht Club-inspired profile picture (PFP) NFT collection. It is a fantasy-themed NFT collection with factions such as House Calypso, The Sprawls, and others. On the NFTs’ website, each faction has its own dedicated experience.

Holders of Bored & Dangerous NFTs can exchange it for an Azur Root, which has been reported as a sacred item within Azurbala that can be redeemed for a PFP NFT. According to the report, this NFT collection has been in the works for over a year; however, the collection’s preview has received several negative feedbacks from the NFT community on Twitter.

Tally Labs’ Azurbala is said to be a new venture as part of its larger storytelling ecosystem. This art disaster is said to be similar to the Pixelmon saga, which began in March of this year. Whereas the NFT collection raised $70 million and boasted of creating a Pokemon-style video game, many were disappointed when it revealed blocky, meme-worthy artwork, which eventually tanked its momentum.

The Azurians – fans of the Azurbala NFT collection – have certainly surprised the project’s team with their reaction, as the moment the preview video was released, they went insane, but not in a good way.

A user asked what the general vibe was that was directed by the preview video, and this sentiment obviously mirrored the general message that people were putting across, with one Cobie on Twitter even labeling it as “cursed shite.”

@brianhc believes that the project shifted from a yacht club valet to demonic jungle characters created by burning books in an instant. Another user speculated that the preview video was a troll attempt to gain attention.

Which was seconded by a user @ MouseDev, who stated that the reveal was a hoax and that it was a good PR move to get people interested in the project before replacing it with better art. However, this theory was quickly burned down by one of Tally Labs’ team members.

Despite being another artwork tragedy in the NFT space, Azurbala’s teams appeared to be better prepared in dealing with such a situation than the Pixelmon team. According to Tally Labs co-founder Valet Jones, this incident made them realize that they had failed to incorporate their community into the project’s creative process.

Despite the difficulty of the situation, the team was inspired to create a larger and better version of our community software, and as a result, they received art samples from some members of the community, which depict and capture the vibes of the Azurians. According to Safa, another co-founder of Jones and Tally Labs, their team plans to gather community feedback on the new artwork this week, after which the PFPs will be remade by a professional artist.

There has been no update on the new date for the mint’s next round, but the project’s Discord channel remains active. This channel has been serving as a chatroom for teasing snippets of interactions between its future characters.

Since February of this year, the cryptocurrency and NFT markets have been struggling, and new digital collections attempting to create a buzz have been met with criticism, including Pixelmon and now Azurbala.

The NFT market began strong this year, with 17.1 billion USD in January 2022 and fell to around 526.7 million in September 2022. Aside from this massive drop, the digital asset sector is still trying to recover from the unexpected collapse of the Terra UST stablecoin.