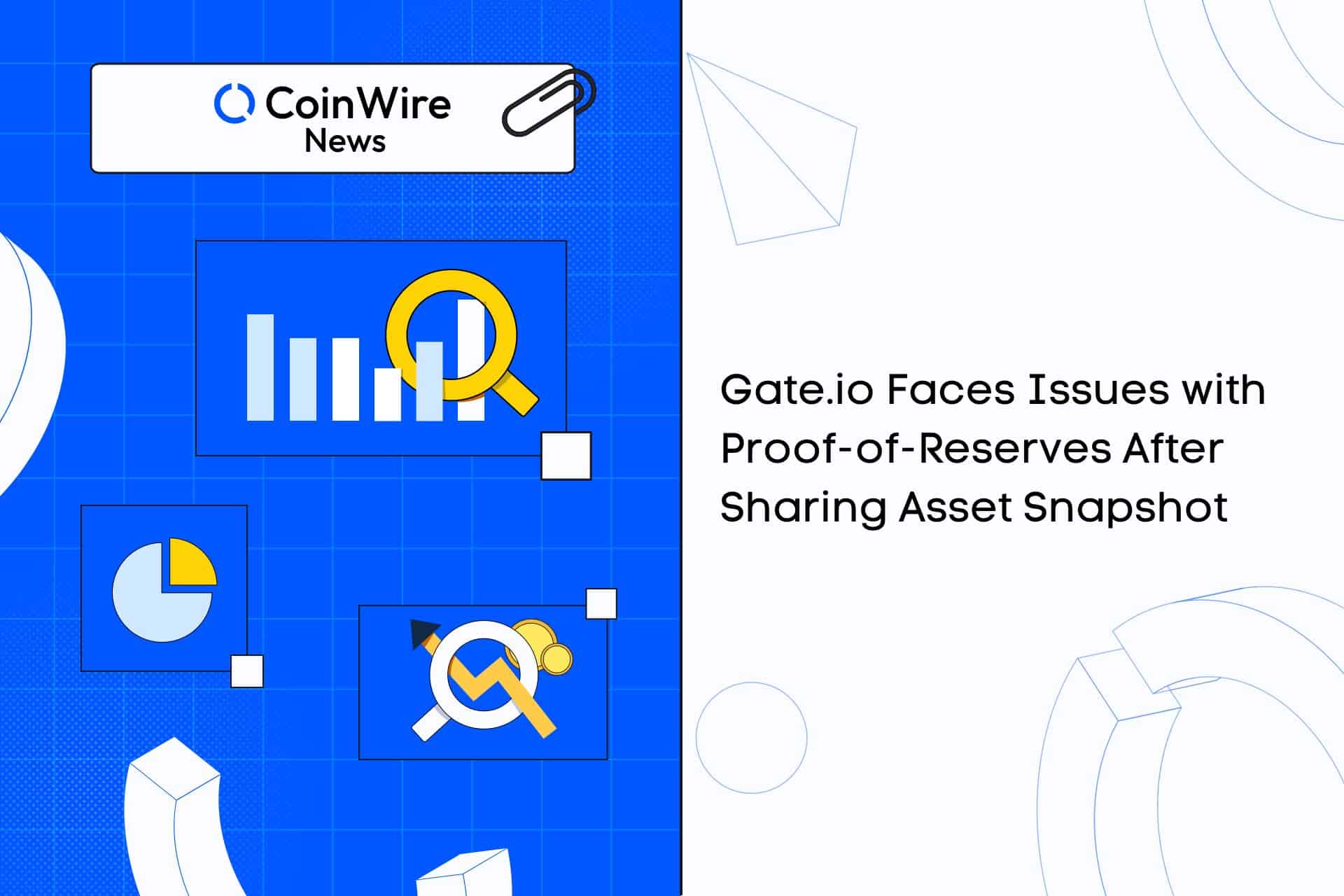 Several cryptocurrency exchanges have unanimously decided to share proof of reserve with the public in an effort to demonstrate legitimacy and assuage the doubtful investors in order to combat the anxiety that exists among cryptocurrency investors.

Although the motivation for the aforementioned action was to benefit the community, it also revealed a number of anomalies during the on-chain investigations, which made foul play and market manipulation obvious.

A few days after receiving $404 million worth of Ethereum from Crypto.com, Gate.io finished their proof-of-reserves audit. According to the on-chain analysts, during the audit they found a suspicious 320,000 Ether transfer to Gate.io.

In which the CEO of Crypto.com, Kris Marszalek, defended that the aforementioned transfer was unintentional because they only intended to transfer the funds of their respective users to cold storage; however, an error occurred and the funds were sent to Gate.io instead.

The Rising Concern and The CEO’s Defense

The recent collapse of FTX has highlighted the significance of reserve proof in mitigating risks and maintaining investor confidence. As a result, several well-known cryptocurrency exchange platforms have begun to publicly list their cold and hot wallet addresses.

However, things didn’t go as expected because the cold store information showed that there had been a suspicious transfer of 320,000 Ether to a wallet address connected to Gate.io when the availability of funds on Crypto.com was being audited.

Since Crypto.com previously asserted that all user-owned cryptocurrencies were kept in cold storage in collaboration with hardware wallet provider Ledger, this has caused concern in the cryptocurrency community.

When the CEO of Crypto.com, Kris Marszalek, revealed that 82% of Crypto.com’s ETH holding in cold storage had been accidentally transferred to Gate.io, the conversation continued and intensified.

He added that although the aforementioned funds were meant to be sent to a new cold storage address, they were inadvertently sent to a whitelisted external exchange address. Then he added that Gate.io has already returned the money to the company’s cold storage and that new procedures and features will be added to ensure that this doesn’t happen again.

Although the “accidentally” sent money to Gate.io was successfully returned to Crypto.com, the missing 35,000 worth of ETH that had been sent to a different address remained unconfirmed by the cryptocurrency exchange.

The news of the unintentional transfer involving Crypto.com is not new to the community as back in August of this year, Crypto.com also unintentionally sent AUD $10.5 million to investors in Melbourne, which was purported to be a $100 refund. Just a few days ago, the CEO of Crypto.com pledged that the company would audit its proof of reserves from November 10 while also emphasizing the value of transparency and user security.

The Released of the Controversial Asset Snapshot

Shegen, a Solidity developer, claimed that Crypto.com’s funds were used when Gate.io’s proof of reserves snapshot was published last October 28. He further questioned, “This was topping up for the proof. Are crypto.com and gate broken? ”

The crypto community questioned whether Houbi, a crypto exchange, was engaging in the same manipulation in light of the circumstances. After releasing its asset snapshot, it was discovered to have transferred 10,000 ETH to the deposit wallets of OKX and Binance.

Due to the immutable nature of blockchain technology, investors and investigators will be able to examine the history of the exchange’s operations thanks to this new trend of making the cold storage information public.