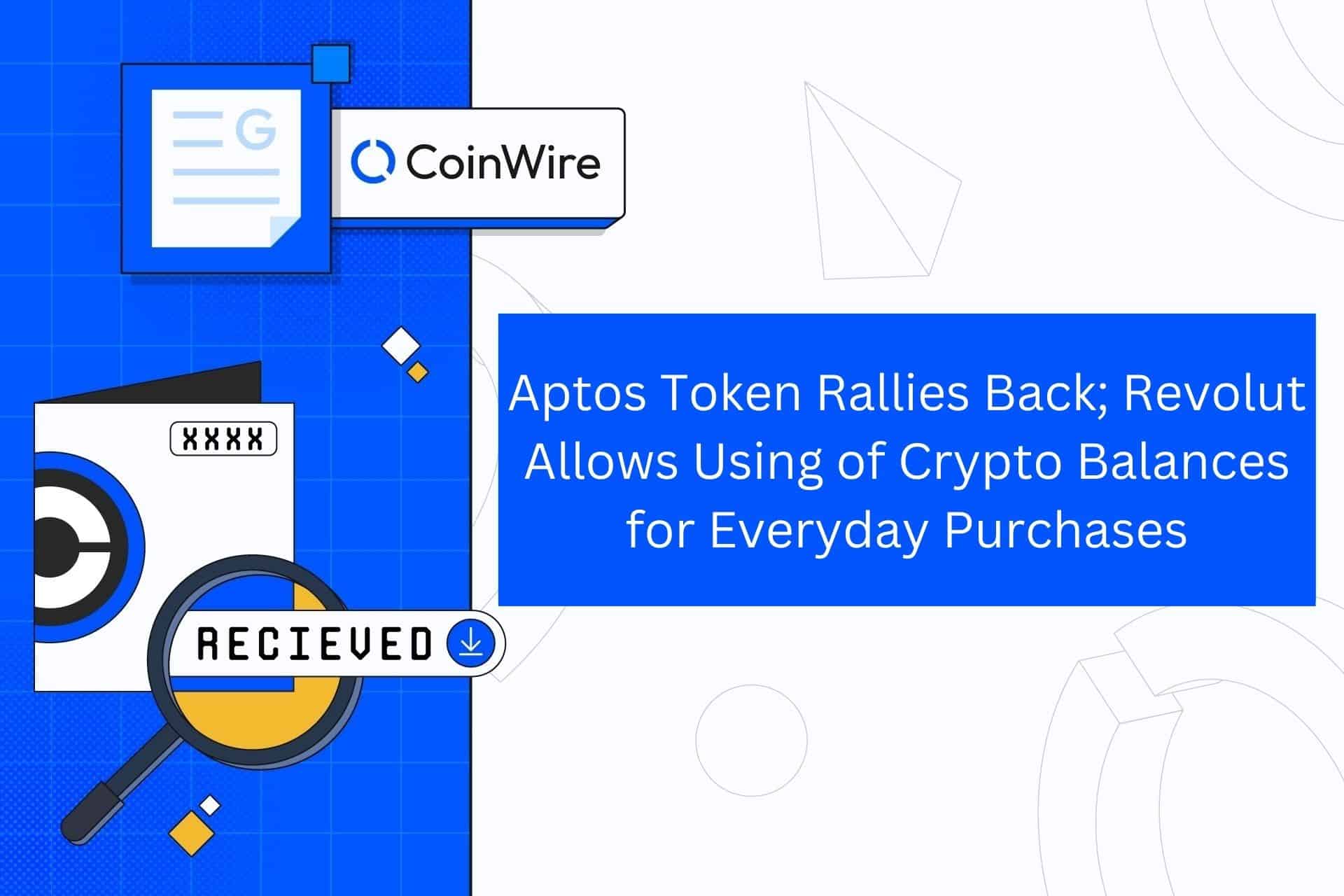 APT is currently trading for about $9, up 36% from its trading price of $6.75 last week. If this trend continues, APT is anticipated to hit its debut price or even higher. Revolut has introduced a new cryptocurrency spending feature that will enable their users to make everyday purchases using their cryptocurrency balance.

If this quick-paced good performance keeps up, a research analyst predicts that APT will quickly reach its debut price of $12 or even higher. If Aptos engaged in other activities, like DeFi or NFTs, this might happen more quickly.

Revolut has introduced a new cryptocurrency spending feature that enables users to make everyday purchases with their Revolut card and receive 1% cash back on all of their cryptocurrency balance expenditures.

Following a rocky start last week, the Aptos blockchain’s native token APT is now enjoying a strong rally, with its price rebounding nearly to where it debuted. According to CoinGecko, the token is now trading at $9.17, a 36% increase over its last week’s low of $6.75.

According to Riyad Carey, a research analyst at crypto data firm Kaiko, with this rate of recovery, APT token is quickly approaching its original $12 price when it was first listed on multiple exchanges. On the morning of October 19, the APT token was trading at $9 on exchanges such as Coinbase, Huobi, FTX, and Binance.

Furthermore, Carey stated that APT could potentially rise above its launching price, particularly if Aptos can generate other activity, such as in DeFi or NFTs. Carey’s positive prediction is also possible if cryptocurrency continues to outperform equities.

According to CoinGecko, the APT’s market capitalization has risen to more than $1 billion, propelling it into the top 50 largest cryptocurrencies overall. Furthermore, its diluted valuation exceeds $9 billion, which includes all tokens in existence, not just those in circulation.

Aptos blockchain’s native token APT, for example, quickly fell below $7 on its first trading day. Aside from the price drop, it has also received criticism from its community regarding APT tokens held by private investors and developers.

Aside from that, APT has been chastised for its blockchain’s processing speed, which the Aptos team claimed was 160,000 TPS but was found to be only four. The Aptos blockchain explorer is now operating at a rate of 12.5 TPS, according to the report.

In response, the Aptos team issued a web statement about the Aptos protocol’s tokenomics. The project originally minted 1 billion tokens, 510 million or 51% of which were distributed to community members, another 190 million or 19% to core developers, and the remaining 16% to the Aptos Foundation and 13% to private investors.

This immediately sparked a Twitter backlash, casting doubt on Aptos’ fairness and commitment to its community. According to Aptos, the tokens currently held by private investors and core contributors are subject to a “four-year lockup schedule” from the start of the blockchain. Carey went on to say that because APT has a small circulating supply and a small airdrop, there isn’t a lot of built-in selling pressure.

Aptos is a layer 1 blockchain supported by FTX and the cryptocurrency-friendly venture capital firm Andreessen Horowitz (a16z). It is led by ex-Meta employees who pioneered Meta’s failed diem stablecoin.

The Aptos blockchain is built on a Rust-based programming language called “Move,” which is also used by Sui, another upstart blockchain. According to Adrian Fritz, a research associate at 21Shares, despite Aptos’s rocky start, interest in Rust-based layer 1 blockchains like Aptos, Sui, and Radix remains high.

Revolut, a digital banking firm, is reportedly adding a new crypto spending feature that will allow their customers to use their crypto balance to pay for everyday purchases with their Revolut card. By November 1, this new feature will be available. According to Revolut’s announcement, users will be able to earn 1% cash back on all crypto balances spent.

This new feature comes after the United Kingdom’s Financial Conduct Authority granted Revolut registration to offer crypto services in the United Kingdom. After a long period of waiting This digital banking service, which is now valued at $33 billion, has been added to the United Kingdom. The crypto-asset firm registered with the financial watchdog

Revolut has roughly 20 million customers worldwide and provides exposure to approximately 80 crypto assets. Before it won, it was already offering cryptocurrency buying, selling, and trading in the United Kingdom, as permitted by the FCA’s temporary registration regime, or TRR, which allowed them to continue operations while their application was being reviewed.