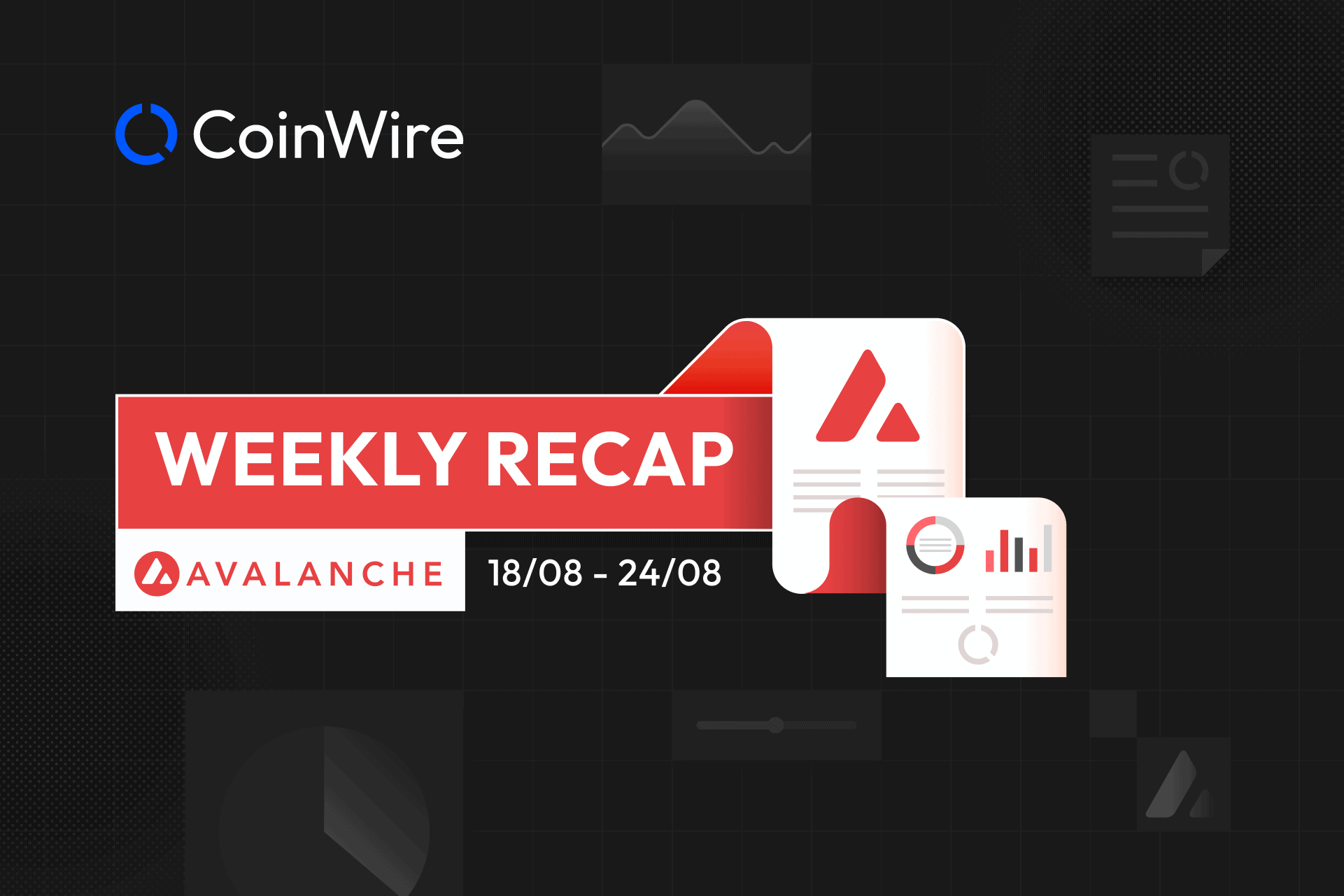 This week, Avalanche received a lot of positive news from both Defi and Gamefi projects, and the ecosystem is moving forward every day. Let’s take a look at the highlighted news as well as the important numbers of the week.

Last week, Avalanche’s on-chain index showed positive signals as trading volume and gas used continuously made new highs. This week is the week of the 1st anniversary of Avalanche Rush, and a lot of good news comes from the projects in the ecosystem, especially Gamefi.

On August 24, 2022, C-Chain’s Daily Gas Usage reached an ATH at 402,247,148,849. IIn the days before that, Gas Usage had continuously reached new highs. The amount of Gas Usage mainly comes from the Defi Kingdom (DFK Chain) subnet.

The integration of CAI onto the Yeti Finance protocol will enhance the index’s utility, allowing investors to deposit $CAI, borrow against it and leverage.

Thanks to this integration, CAI investors will be able to unlock deep liquidity, borrow at sound collateral ratios while continuing to earn yield rewards generated from CAI.

The integration of CAI onto the Yeti Finance platform will take place after CAI’s launch, once the index secures a deep liquidity position amongst other strategic requirements:

Republic, a platform that makes private investment more accessible to all, has facilitated an offering that utilizes a new digital asset: a Film Finance Offering (FFO) built on Avalanche. The first tokenized FFO began accepting investment commitments yesterday, ushering in a new era of film financing.

OKLink has just released its support for the Avalanche ecosystem by adding AVAX C-Chain explorer to its multi-chain explorer matrix.

As introduced by the OKLink team, the newly added AVAX C-Chain explorer has emphasized the visualization of various information to make it more convenient for data analysis and in line with most users’ usage habits. For instance, the main page of the AVAX C-Chain explorer allows users to explore the Avalanche C-Chain for the overall status of transactions, addresses, tokens, and other activities, all in a card view. Besides, it is also possible to quickly jump links between addresses or directly to the Defi info panel through hyperlinks here and there on the main page.