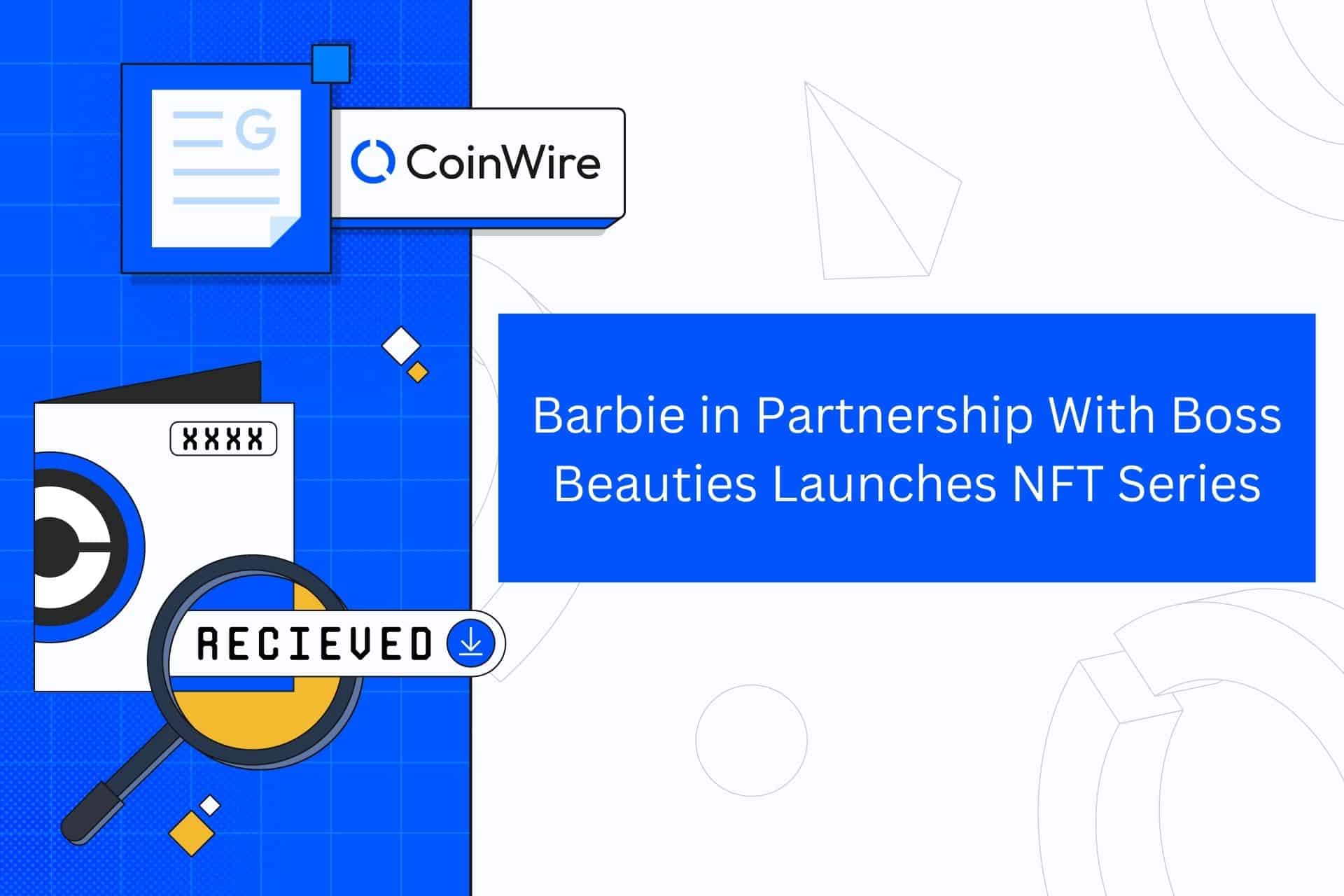 Barbie has announced the debut of their NFT collection in partnership with Boss Beauties, which will be available by the end of the year, as it continues to explore the Web3 arena. According to the collection, Barbie has performed 250 different jobs over the years.

Barbie has been an inspiration for young girls for more than 60 years, which has made it a very popular brand known for inspiring women. Barbie is now moving into the blockchain era of the current period and concentrating more on their target audiences, Gen Z.

Barbie has been recognized to have paved the path for many large businesses to adopt this technical innovation through its past NFT launches, such as its partnership with the French fashion house Balmain. This is not Barbie’s first foray into the Web3 sector. This time, Barbie will work with the well-known NFT company Boss Beauties, which is renowned for providing young women and students with excellent mentorship programs and scholarships.

Since it first debuted in 1959, this most recent NFT endeavor of Barbie has been known to include Barbie dolls reflecting various jobs that Barbie has held throughout her lifetime. Collectors of this collection will undoubtedly take a trip down memory lane of the brand’s famous moments thanks to its 15,000 pieces, which showcase almost 250 careers that Barbie has had.

Barbie’s maker, Mattel, which has been around for more than 60 years, is now creating some buzz. With the aid of its own firm, Barbie is currently redefining herself as a brand-new modern lady with brand-new looks in the form of NFT. Barbie is no longer content with being merely a doll or an inspiration for home furnishings or clothing.

Barbie and Boss Beauties’ NFT line is not the first step she has taken into the NFT market; in fact, Mattel, the business that created it, has been making hints about wanting to investigate NFTs. NFTs are a promising market, according to the CEO of the aforementioned company, Ynon Kreiz. This is because of the NFTs’ existing fan base or community as well as the collector market for the company’s historic and timeless brands.

The brand debuted their partnership with Balmain earlier this year, which comprises a 50-piece collection for adults inspired by Barbie as well as a one-off look NFT that was even auctioned off online. The company’s primary focus at the time was on the artwork, along with producing 15,000 unique Barbie NFT portraits for collectors to buy and trade.

In celebration of the brand attaining 250 occupations represented in their line since 1959, they said that each NFT on their collection will offer Barbie careers for their newest endeavor. By the end of the year, this effort is expected to be made public with the intention of empowering the following generation of visionaries and leaders.

According to Lisa McKnight, Executive Vice President and Global Head of Barbie & Dolls at Mattel, the business has concentrated on teaching girls that everything is possible, making Barbie a symbol of girl empowerment. She added that they are reviving these vocations through a digital art partnership with Boss Beauties as part of their celebration of having Barbie represent more than 250 different professions. She went on to say that this partnership recognizes their common enthusiasm for supporting the next generation of female leaders.

According to reports, this latest collection will have several career features, such as astronaut, archeologist, beekeeper, and even CEO. Barbie has long been criticized for its unrealistic body proportions and materialism, despite the company’s claims to have always been focused on women’s empowerment. However, the company was seen to have been breaking its own standards when it introduced the Madam C.J. Walker doll, which greatly highlights the contributions of Black entrepreneurs.

As has been said numerous times in this piece, Barbie is partnering with Boss Beauties, a company that was only established last year. It is reputed to be a women’s empowerment brand that seeks to highlight women as being at the cutting edge of technology, leadership, and innovation. The 26% of women who own cryptocurrency in the United States, and even fewer of those who founded it, are claimed to benefit from this cooperation.

Lisa Mayer, the CEO and co-founder of Boss Beauties, asserts that this cooperation is beneficial for bringing two companies together by utilizing Barbie’s distinctive style and Boss Beauties looks. Because $250,000 of the profits will be donated in celebration of the 250 careers represented in the collection, this cooperation is more than just another business initiative for any company. In which half is intended to be used for Barbie’s Dream Gap Project.

The Boss Beauties Foundation, on the other hand, will receive the other half in an effort to promote “the unlimited possibilities of girls and women globally.” This further collaboration just serves as evidence that NFTs are here to stay as more businesses from various sectors join them. It also illustrates how real-life objects, like Barbie, can be used to create NFTs, but there are also cases in which real-life objects are drawn from NFT collections, like Veefriends.