Big Eyes Coin Caught the Eye of Many; Dubbed as the “Killer” in the Meme Coin Sector 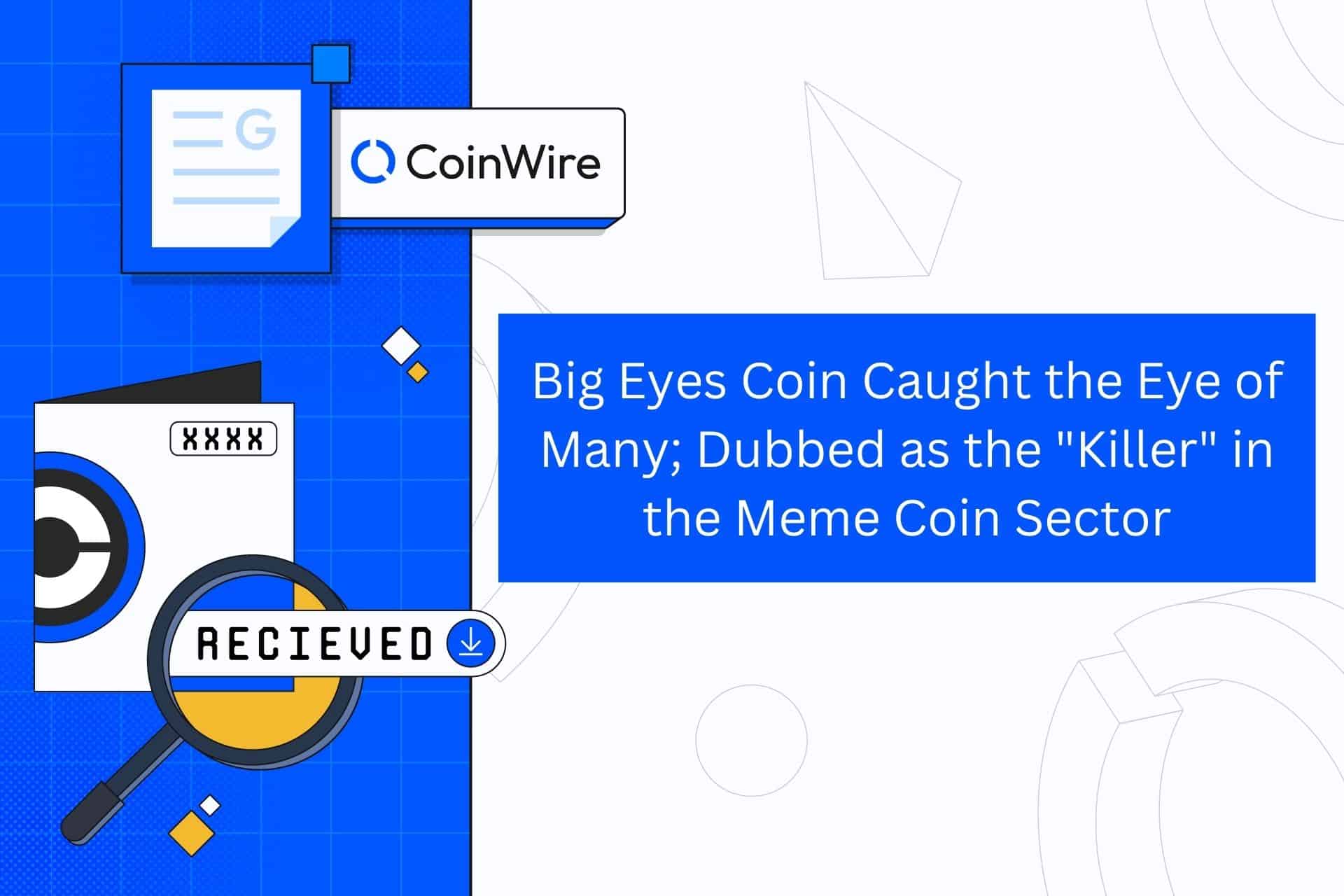 While major cryptocurrencies have recently been down and crashing on the market, meme coins such as Big Eyes Coin (BIG) have emerged. The new meme coin is destined to be the market’s next “killer” in the meme coin sector.

The first meme coin was introduced into the market in 2013. Back then, the primary goal was to elicit humor and laughter in the market. The Dogecoin was the first meme coin, attracting thousands of investors and earning the title of “King of Meme Coins.”

As time passed, more coins, such as Dogelon Mars (ELON) and Shiba Inu (SHIB), joined the meme coin wave. These were touted as one of the best Dogecoin alternatives. As these meme coins have a clearer utility and use case.

Aside from Dogezilla and Hamstercoin, another meme coin, Big Eyes Coin (BIG), debuted this year. This new meme coin has already piqued the interest of many investors since its initial release. Its distinct characteristics arouse excitement and interest in the cryptocurrency world.

Investors and cryptocurrency enthusiasts are already excited about the potential of this new meme coin. As well as how it has the potential to revolutionize the meme coin sector. Because of the hype surrounding this coin, many have dubbed it the Shiba Inu and Dogecoin “killer.”

Eyes on the Big Eyes Coin

Big Eyes Coin (BIG) is a community-owned cryptocurrency that seeks to differentiate itself from traditional meme coins like Dogecoin. This is a full-fledged token that aims to incorporate cat characteristics into its functionalities. This is to achieve its goal of establishing a new crypto market within the meme coin ecosystem.

To be a part of the ecosystem, this meme coin should integrate both NFT and DeFi platforms. It is reported that the team behind it is working on a swap called DEX (BIG Eyes Swap). This is where the DeFi project would take shape.

Its goal is to protect the real-world ecosystem while also spreading wealth throughout the DeFi world. The meme coin Big Eyes Coin (BIG) will be used to generate revenue for the platform’s charitable efforts.

Big Eyes Coins has a kitten mascot which aspires to replace the industry’s two forerunners. The adorable mascot has captured many people’s attention and hearts. The meme coin promises that 5% of the token will be donated to charity.

Because Big Eyes Coin claims to be community-owned, the community will own and manage 90% of it once it is officially released. Big Eyes Coin is far from the original goal of meme coins, relying solely on humor and laughter.

One of the factors that distinguishes Big Eyes Coin in the crypto market, particularly in the meme coin sector, is that it has a mission focused on the real world. This meme coin aims to galvanize human efforts to save and protect bodies of water such as the oceans.

With the current hype surrounding this meme coin, it is expected to hit a slum of fifty million dollars within the first month of its launch. If this occurs, the crypto price will skyrocket. Despite being a new project, the Big Eyes Coin has already won market share due to its commitment to saving bodies of water.

In fact, it already has a sizable fan base that is still expanding. To maintain this momentum, the team behind this meme coin intends to hold regular giveaways in the form of airdrops, NFTs, and surprise rewards.

Despite being marketed as a “meme coin,” the Big Eyes Coin (BIG) performs many functions that a typical meme coin does not. One of its distinguishing features is the use of a Dynamic tax system.

This feature enables changes to take place within the Big Eyes Coin ecosystem. This includes, but is not limited to, its marketing wallet, liquidity provider acquisition, and auto burn fees. The aforementioned special feature contributes to the meme coins’ longevity. Big Eyes Coin uses a dynamic tax system to implement the “no buy tax, no sell tax” policy, ensuring that their users come first.

Apart from the dynamic tax system, another unique feature of Big Eyes Coin’s ecosystem is the “Eco for Eco” feature. The Big Eyes Coin is constructing a blockchain ecosystem as part of its mission to shift wealth to the DeFi ecosystem and achieve its goal of giving more back to the community.

To ensure hypergrowth and development using NFTs, the blockchain ecosystem should self-promote. This is done to ensure that the blockchain hype train is worthwhile for crypto users and enthusiasts, as they will have access to more content and events.