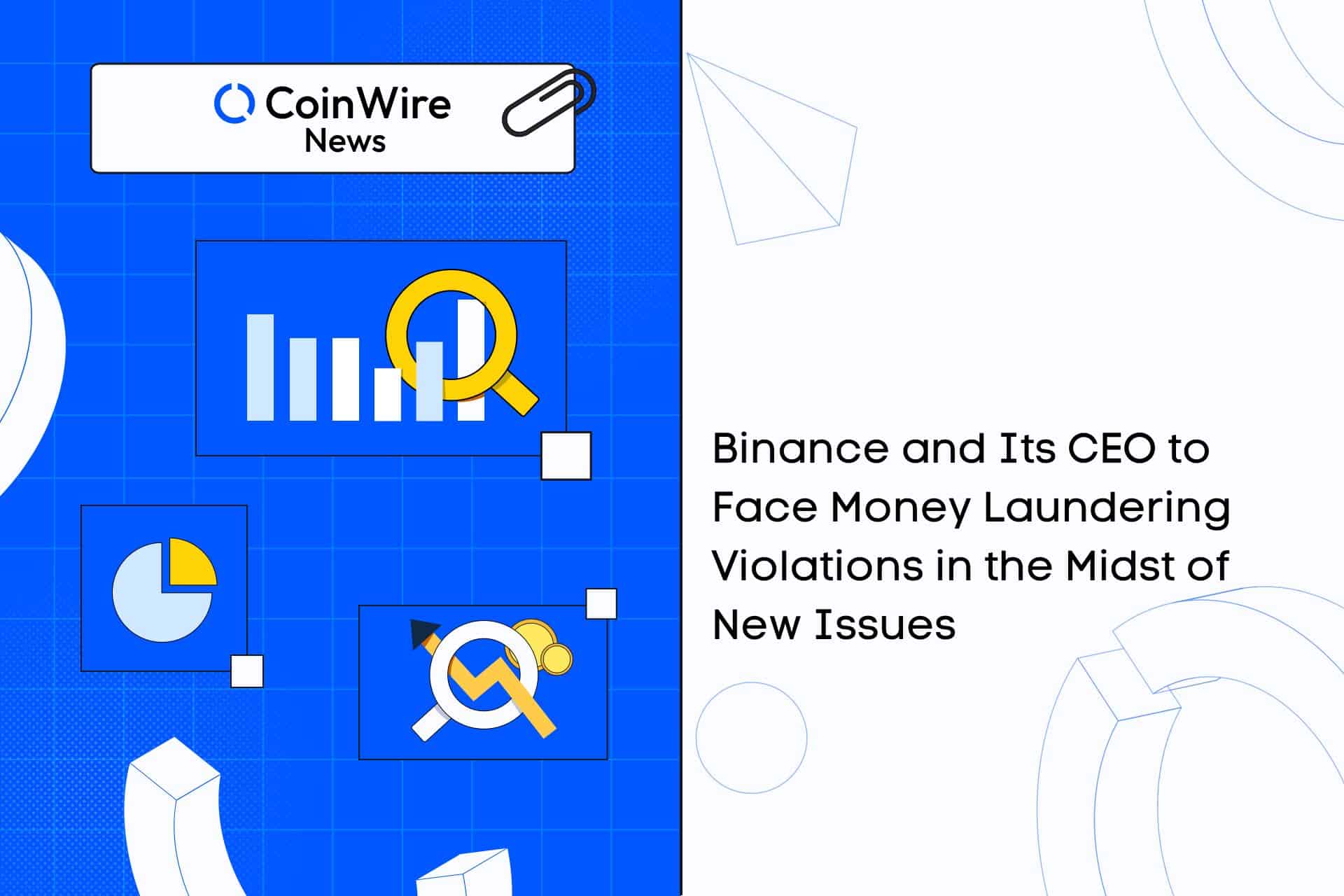 The biggest cryptocurrency exchange platform, Binance and its executives may be charged with money laundering and violation sanctions as US prosecutors begin to set their eyes on them. Additionally, the Department of Justice and Binance’s attorneys have already spoken about potential plea agreements.

The fact that Binance is being looked into is not particularly new; the U.S. looked into the biggest cryptocurrency exchange platform back in 2018. Due to a string of incidents where criminals used Binance to transfer illicit funds, the Seattle Attorney’s Office was notified.

According to the report, there has been disagreement over whether or not to bring charges against the biggest cryptocurrency exchange platform because prosecutors think more evidence is required.

Binance denied these claims of potential money laundering and sanctions violations. In which Tigran Gambaryan, the exchange’s Global Head of Intelligence and Investigations, asserted that since November 2021, the relevant cryptocurrency exchange platform had already complied with over 47,000 requests from law enforcement.

Gambaryan added that regulators are examining every cryptocurrency company in light of many of the same problems. Then he discussed how the cryptocurrency sector has expanded and how Binance has continued to demonstrate its dedication to security and compliance by making significant investments in both its team and the equipment and software it uses to spot and prevent illegal activity.

The spokesperson for Binance also emphasized that the company has been hiring more than 500% more people in security and compliance. He then asserted that the team behind the exchange platform is “perhaps even the strongest in the entire financial sector.”

Bitcoin Acknowledged Abnormalities in its Platform

Another problem that affects the biggest cryptocurrency exchange platform has emerged in the wake of reports that Binance may be subject to money laundering and violation sanctions. Several reports surfaced last Sunday claiming that a few altcoins were purportedly trading on the aforementioned crypto exchange platform in an “abnormal” manner.

The platform immediately acknowledged the report, asserted that they would look into it, and promised to take action against “suspicious accounts”; however, shortly after, Changpeng Zhao, the CEO of the said platform, stated that the anomalies seen in the price movement appeared to be “just market behavior.”

He expanded on that claim by saying that one account had put money into a trading account, started buying up specific coins, and that other accounts had done the same. The CEO went on to say that because of the “abnormalities” that occurred, the platform temporarily restricted accounts. The aforementioned restriction prevents users from temporarily withdrawing their money.

This initial action was reversed as soon as the cryptocurrency exchange platform came under fire on social media from users in various nations. Given the circumstances, the platform’s CEO tweeted to acknowledge the reality of “too much intervention” in sustaining an exchange that operates in a sector where decentralization is a key concept. He went on to say that there should be a balance between the right amount of intervention and the times when it’s worthwhile to let similar situations “play out.”

According to a different report, Binance has determined that the alleged “abnormalities” were not caused by stolen API keys or compromised customer accounts. Additionally, the relevant cryptocurrency exchange platform has promised to update users if new pertinent details come to light.

This clarification was made public in response to a user of Binances who had their account suspended expressing concern over an API key leak on the intermediary trading platform 3Commas. They lost their money as a result of the aforementioned incident.

According to reports, the Binance CEO himself tweeted back and forth with the aforementioned user, who uses the handle CoinMamba, regarding the allegedly missing funds. Where CoinMamba expressed his desire for a refund while also emphasizing his displeasure with the lack of prompt action.

The CEO of Binance then reacted, saying that the current circumstances do not warrant a refund. The CEO continued by highlighting the significance of keeping their API key secure. The CEO of Binance expressed interest in limiting CoinMamba’s account and 3Commas in a tweet that has since been deleted, stating that each platform doesn’t “want to service people that are being unreasonable.”

Moments later, CoinMamba claimed that his account had been terminated and blamed it on the comments he had made on Twitter. The customer support team at Binance clarified in response to the aforementioned claim that the user’s account had been set to “withdrawal only mode” as a result of the alleged “threats” the user had made.

Regarding the issue of an attack on their platform and API keys, 3Commas also issued a statement. In the aforementioned statement, they urged the affected users to contact the police as soon as possible so that their funds could be frozen and possibly recovered.

Additionally, the aforementioned platform has warned users to watch out for phishing scams. Additionally, they have used Twitter to complain about “bad faith actors” who they claim are leaking users’ API keys and spreading “false rumors” online. They also added that the rumors in question were based on fake screenshots.