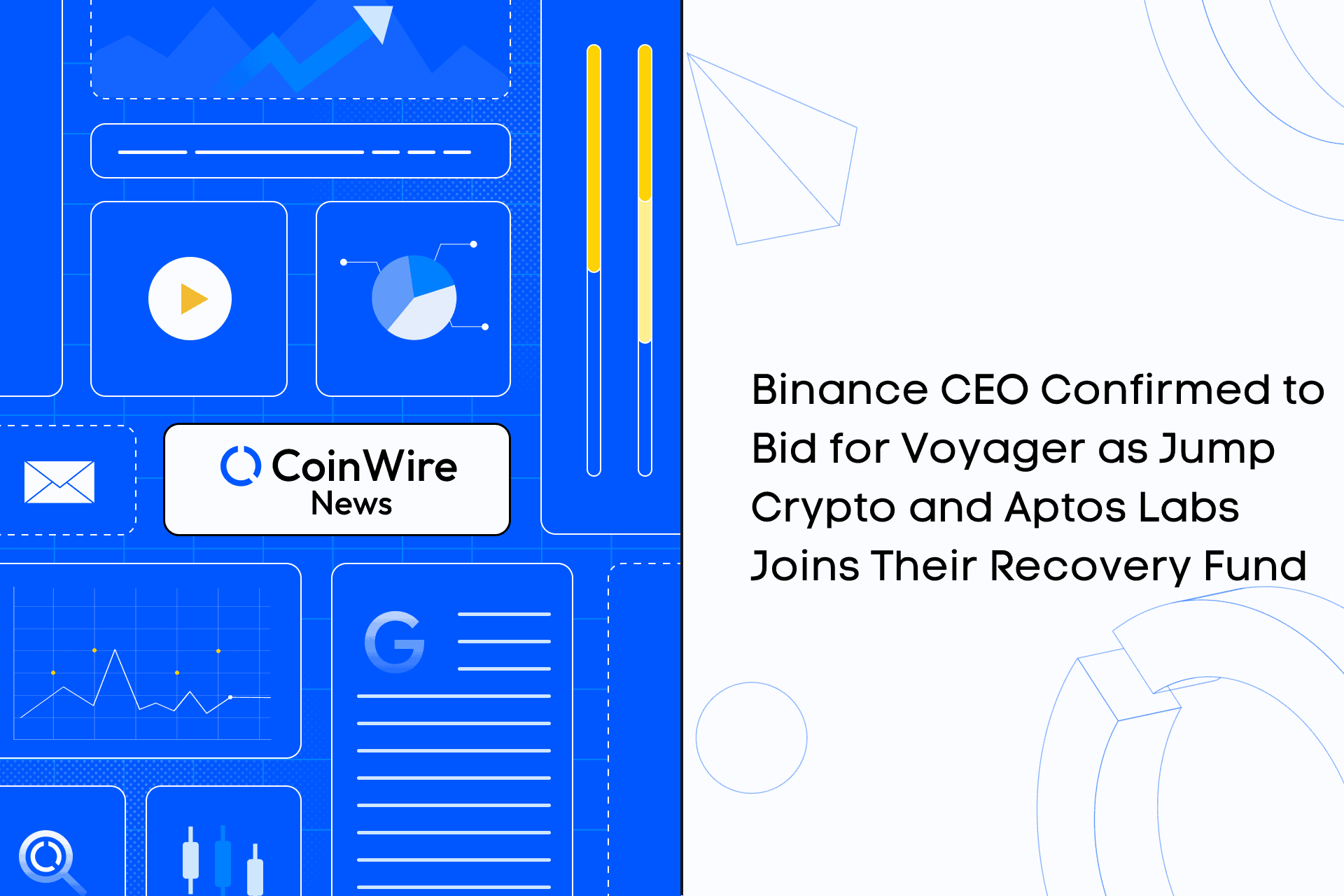 The top cryptocurrency exchange, Binance, has already made new disclosures about its industry recovery fund plan, which was created to support struggling businesses in the wake of the FTX collapse.

According to a recent report, Binance has announced that they will make a billion dollars in initial commitments for the aforementioned recovery fund plan. The company went on to say that the initial budget is expected to increase by $2 billion should the need arise. A number of crypto-native investment companies, including Jump Crypto, Polygon Ventures, and Animoca Brands, have also pledged $50 million to the top cryptocurrency exchange platform.

In light of the aforementioned recovery plan, Changpeng Zhao, CEO of Binance, shared the company’s public wallet address to demonstrate its initial commitment. He also claimed that they are carrying out the aforementioned plan transparently. According to the aforementioned public blockchain data, Binance’s own BUSD stablecoin has a balance of about $1 billion.

According to the Paxos website, their blockchain infrastructure issued the aforementioned BUSD stablecoin. The New York State Department of Financial Services then oversaw its regulation. In which Binance have made it clear that this project is not intended to be an investment fund but is instead targeted at businesses and projects that, “through no fault of their own, are facing significant, short-term financial difficulties.”

The CEO continued by saying that he is taking this action to stop the “cascading contagion effects” of the FTX collapse. The aforementioned recovery fund program is currently accepting additional contributions from investors for a period of six months as planned.

According to reports, the aforementioned recovery fund venture is “flexible on the investment structure” and is willing to accept tokens, money, and debt. The business added that they anticipate customized solutions for various circumstances. Around 150 struggling businesses have already requested help from the fund, according to Binance.

As was already mentioned, Binances launched this project in an effort to keep the cryptocurrency market afloat in the wake of FTX’s bankruptcy. In this regard, Zhao emerged as a fresh savior-like figure in the struggling sector. He is now stepping into the shoes of Bankman-Fried, a former “crypto genius” who is credited with saving several struggling crypto companies, including BlockFi and Voyager Digital, before they collapsed.

It was widely known that CoinDesk’s report, which sparked rumors about the exchange’s accounting problem, was the cause of FTX’s decline. According to reports, the tweet from the CEO of Binance made the situation worse.

The impact of the collapse was felt throughout the cryptocurrency industry, and some investors have been worried about a potential crypto contagion that could affect the entire sector. A lawyer testified during the first hearing of FTX’s bankruptcy regarding the company and its former CEO, Bankman-Fried, claiming that it had been run by a “personal fiefdom.”

The Participants of the Recovery Plan

As was already mentioned, a number of well-known cryptocurrency firms have begun to join Binance’s recovery initiative, including Aptos Labs and Jump Crypto, who have pledged a combined $50 million.

Along with the trading company Jump Crypto, Aptos Labs, the organization credited with creating the recently launched Aptos blockchain, has recently joined the list of investors for the aforementioned venture, which also includes the venture capital firms Polygon Ventures and Animoca Brands, as well as GSR, Kronos, and Brooker Group.

The aforementioned fund would be used to purchase distressed crypto assets following the industry’s nearly one-year-long downturn. Celsius Network, Voyager Digital, Three Arrows Capital, Compute North, and most recently FTX are just a few of the companies that have already collapsed as a result of the rough patch, which has also caused withdrawal freezes, price drops, and company closures.

Binance to Bid for Voyager

In addition to the aforementioned recovery fund project, Binance was preparing to bid on Voyages, a platform for crypto lenders that FX was unable to purchase because it had already declared bankruptcy. Where the CEO stated that they would submit a second bid for the aforementioned cryptocurrency lending platform since FTX would no longer be able to fulfill their commitment.

It may be recalled that FTX was first in line to purchase the aforementioned lender back when Voyager filed for bankruptcy. At that time, Binance’s was allegedly delayed because the U.S. government feared for its national security.

The CEO is now asserting that FTX fabricated the aforementioned claims in order to advance the bid. The CEO made it clear there was no such problem. Because Zhao was born in China, Binance has been accused of being a Chinese company. Although the CEO has made it clear that he was born in Canada and is a citizen of that country.