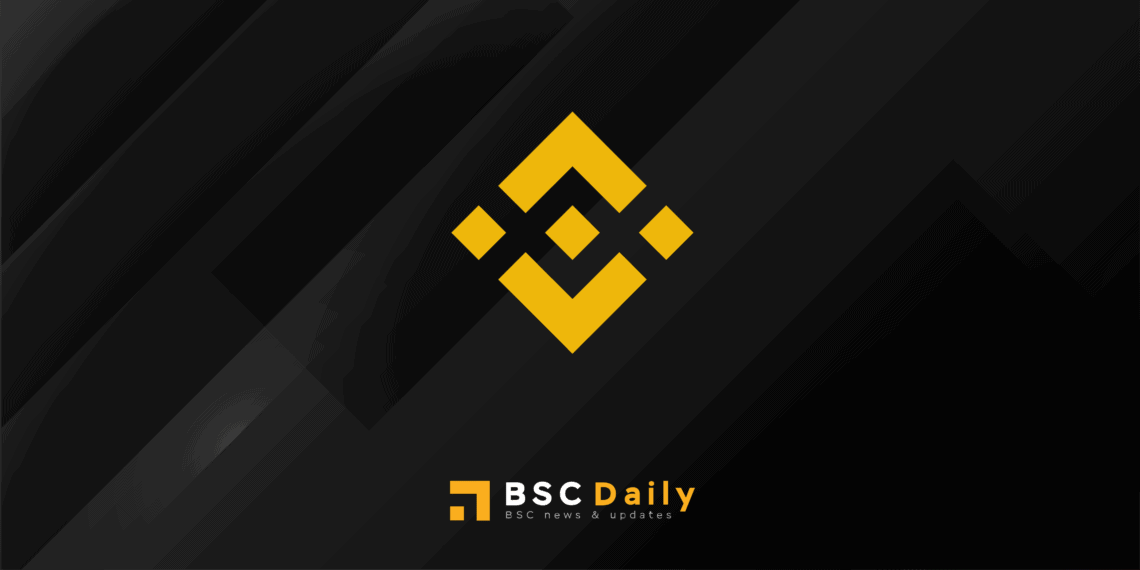 Soon after the launch, the crypto ecosystem realized that the biggest centralized exchange’s is aggressively moving in the DeFi space; speculations spiraled about how BSC is Binance’s weapon to kill Ethereum. Changpeng Zhao then made a statement saying that their vision is to build a community first. They wish to increase the freedom of exchange and provide the core infrastructure services for organizing the world’s crypto. With Binance Smart Chain they never aim to be a dominant force rather be a part of the community and make a positive impact.

A major chunk of DeFi projects have been built on the second largest decentralized blockchain i.e. Ethereum. With the rise of the DeFi sector, many blockchain developers started exploring the possibility of developing an Ethereum alternative that can claim a chunk of the growing market.

Binance Smart Chain even though less decentralized in comparison to Ethereum because of its Proof-Of-Staked-Authority (PoSA) consensus, mitigates the scalability problem of Ethereum, which has significantly slowed down the growth of the DeFi sector. A problem which Vitalik Buterin is also trying to resolve with the launch of Ethereum2.0.

Ethereum faces two major challenges in its functioning i.e. scalability and high fees. Further, often there is issue of network congestion which leaves both users and developers complaining. The solution to these issues lays with the recently launched Binance Smart Chain (BSC). The previous Binance Chain is a low- latency, high performance blockchain but since it was designed to enhance speed, it couldn’t handle smart contracts. Now, the newly designed BSC has tackled this issue as it adds a side- chain structure to the existing Binance chain. Being connected with high throughput Binance Chain, BSC helps in building decentralized applications (dApps) and it is programmable with amazing speed and low transaction cost.

Binance Smart Chain is fully compatible with Ethereum Virtual Machine and supports Ethereum tools such as the Metamask wallet, a popular browser extension used for interacting with smart contracts and to run dApps. Due to its interoperability with Ethereum, BSC facilitates the developers to port their protocols and codes with minimal effort.  With these features, BSC has positioned itself as a much cheaper and faster blockchain compared to Ethereum.  It offers free conversion of Ethereum tokens into pegged or wrapped tokens which can be used in BSC via Binance Bridge Project, and has thus, increased its interoperability.

Further, oracles such as Band Protocol and ChainLink are also integrated in BSC which facilitates the developers in directly connecting with real-world data without any need to create their own separate infrastructure for it.

Furthermore, the algorithm used by Binance Security Chain is a staking-based consensus algorithm where the participants become validators by staking BNB and the fees is paid in terms of Binance Token (BNB). The staking, lending and providing liquidity in BNB increases the value and utility of BNB which in turn enhances the perceived value of BSC and brings the biggest centralized crypto exchange into DeFi.

As it is evident from the above data, Ethereum has been long in use before the launch of BSC, and therefore it has much larger number of dApps present on its platform as compared to BSC. Ethereum also has much greater value locked in the ecosystem. However, it is interesting to note that in less than three months of its launch, the BSC managed to achieve 11% of the Ethereum network value (considering number of transactions during the week 17th -23rd November’2020). Further, if we compare the average fee per transaction during week 47 of 2020, we find that the transaction fees on Ethereum network is 32 times greater than the BSC. Alternatively, we can say that the fees on BSC is 97% cheaper than on Ethereum. Also, BSC has comparatively faster average block time and has a substantial advantage over Ethereum 1.0 for dApps where speed and transaction costs are important considerations.

Furthermore, Ethereum uses several stablecoins amongst which DAI and USDC are the most popular stablecoins that are supported in the Wealth App.  While the USDC (USD coin) is fully backed by US dollars, DAI is backed by crypto-collateral assets. DAI was launched in late 2017 and is pegged to US dollars. Despite the massive sell-off in crypto markets during 2018 and 2019, DAI has managed to maintain its soft peg.

Furthermore, BUSD, for the native stablecoins of BSC, is also fully backed by US dollars and is regulated and audited. Another stablecoin, VAI is a decentralized stablecoin which is similar to DAI in its design and is backed by a crypto asset basket. However, being just launched, the VAI lacks a robust track record to maintain its peg to the US dollar.

Interestingly, BNB the native token of BSC, is non- inflationary and therefore would not lose its value over time (assuming all other variables to be constant). Whereas, Ethereum is an inflationary token and has a current inflation rate of 4-5% per annum. With the arrival of Ethereum 2.0, the supply growth rate is also expected to reduce to half of its current rate.

Even though the BSC is recently launched, it already has several protocols which are similar to DeFi yield farming protocols on the Ethereum Blockchain:

Lending dApps: One can earn interest on crypto currency by lending it to other users. Some examples of such lending dApps on Ethereum blockchain include Cream, Compound and Aave. Due to the portability feature of BSC, Cream has been recreated in BSC. Fortube and Venus are the other major lending dApps in BSC.

DEX & Liquidity dApps: Such dApps facilitate the users to exchange tokens and earn yield by providing decentralized liquidity to the pools and receive native tokens of the protocol in exchange. PancakeSwap is the most used DEX dApp on BSC which is very similar to Uniswap which is the most used DEX dApp in Ethereum. Low fees are a critical factor for liquidity providers due to the frequency of interaction with blockchain. The developers of PancakeSwap cited that the high fees in Ethereum blockchain worked as a compelling reason for them to build an alternate protocol on BSC.

Aggregator dApps: These dApps serve as vaults where users can stake or invest crypto assets. The aggregator provides access to yields of various DeFi protocols and other complex strategies. Beefy.finance and FryWorld are two major vaults in BSC.

Although BSC has presence of similar apps on its platform, their liquidity is much lower compared to the rival dApps on Ethereum. Since there are fewer available pairs to trade, therefore there is a lower possibility to withdraw funds in the event of market decline. Also, the dApps on Ethereum have been around for longer which implies that their technology and economic logic have stood the test of time which is an important consideration in the high-risk environment of DeFi.

The frequent network congestions in Ethereum have created scope for other blockchains such as BSC, Tron, Polkadot which boasts of higher speed and lower transaction costs. This is healthy sign in the blockchain ecosystem where these blockchains with higher innovation and challenges, are positioning themselves as the future of DeFi revolution.

BSC bring innovative staking capabilities on the table which enables BNB token holder to earn yield on Binance coin and thus creating more utility for the token. BSC benefits from the existing base of users of Binance and with its superior speed, low fees and smart design; it can become a potent rival to Ethereum given that its amazing growth rate continues in the future months.

A lot is expected from Ethereum 2.0 in terms of technical capabilities. However, if it disappoints in its improvement goals, we will witness massive competition in blockchains. BSC can truly gain in such scenario which will also be very bullish sign for BNB token.