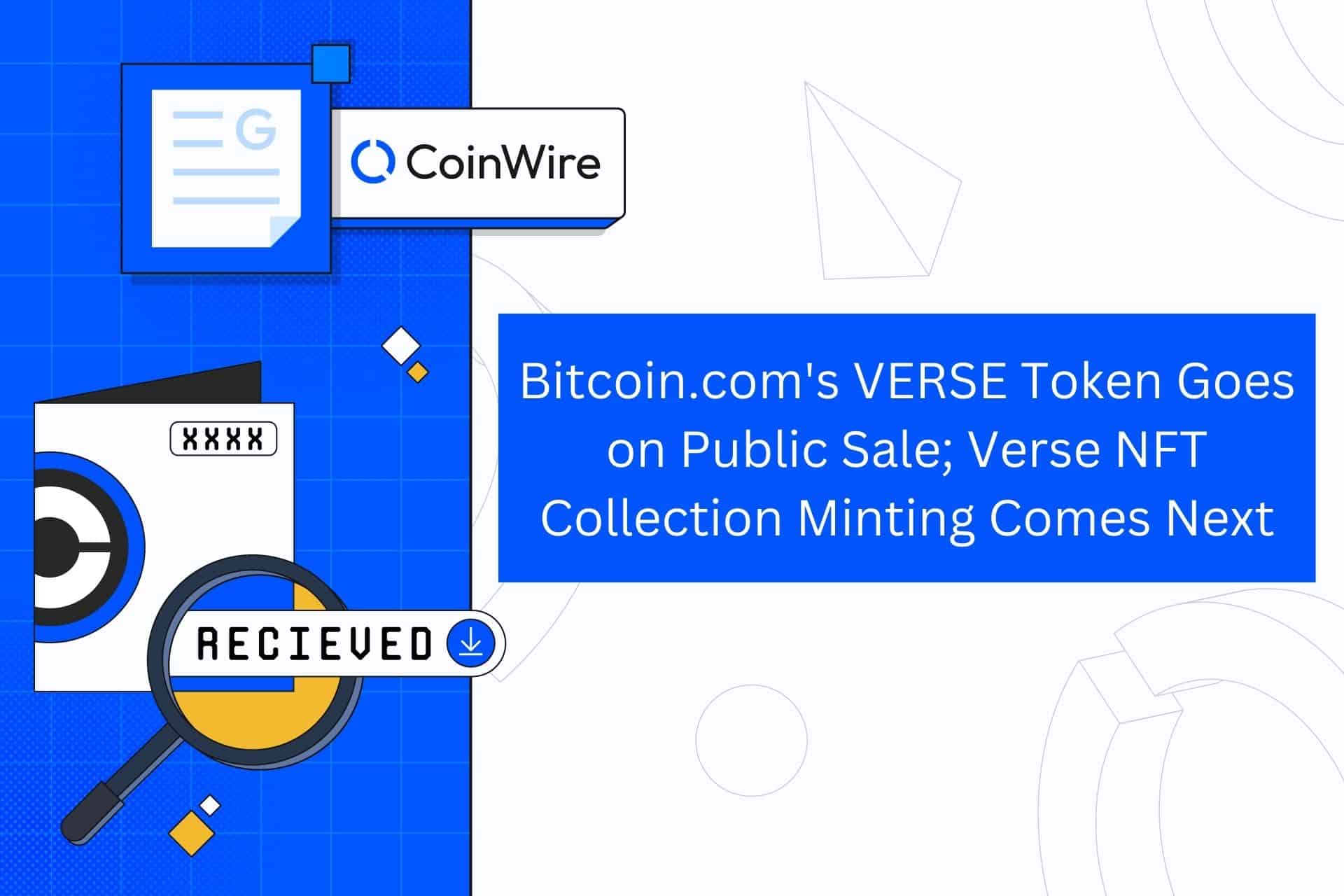 On November 1st, Bitcoin.com will organize a public sale event for its token VERSE, during which every successful purchase is qualified to get a free mint from their Verse NFT collection.

The Web3 environment, including engaging with cryptocurrencies and digital assets like NFTs, may be accessed simply and safely by users thanks to the reputation of Bitcoin.com as a digital ecosystem and secure self-custody platform. Early in the month of October, Bitcoin.com announced that a public auction for their VERSE utility and incentives token will start on November 1.

Dennis Jarvis, the CEO of Bitcoin.com, asserted that the company’s VERSE token will serve as a gateway to DeFi for users by helping those who are new to the market, in particular, with the process of onboarding into Bitcoin and DeFi, which will be done each time a user buys, sells, stores, uses, or even learns about cryptocurrency.

The CEO went on to say that NFTs function similarly, such as by introducing bitcoin to new users, and he thinks that by including NFTs into the Bitcoin.com Verse network, they would be able to expand the ecosystem’s reach while simultaneously energizing a steadfast core community.

The Verse NFT collection is anticipated to have usefulness and deliver on exclusive goods and services, discounts, and more at the Bitcoin.com Verse ecosystem rather than merely being another item added to the user’s portfolio.

The quantity of VERSE tokens is anticipated to be set at 210 billion, and it will take seven years for all of them to be distributed. The impending public auction comes after the private one that took place in May of this year, during which 10% of the whole supply of VERSE was purportedly sold for $33.6 million.

According to Vitalik Marincenko, Lead Engineer at Verse, the community has increased by over 25,000, and it now includes both native users and newcomers to the cryptocurrency industry who share the same goals as this project. The bulk of the 34 million wallets created at the Bitcoin.com Wallet, he continued, are anticipated to take part in the next sale. However, the United States, Japan, and other prohibited jurisdictions will not be allowed to participate in the public sale.

She continued by outlining the strategy in which the aforementioned fund would provide grants to DApps that would supposedly be incorporated into the ecosystem in the first quarter of 2023. In addition, the previously stated fund is anticipated to support hackathons and nurture tokenized businesses via the Verse Development Fund’s launchpad service, which is scheduled to launch in 2023.

Given that VERSE is a cross-chain token that complies with the ERC-20 standard, it is anticipated that it will be extremely valuable, particularly for users interacting with the Verse DEX, Ethereum blockchain, and larger DeFi ecosystem.

In addition, the Verse team is stated to be always looking towards ways to integrate the VERSE token into low-fee Ethereum Virtual Machine-compatible networks in order to give its consumers the best possible experience.

The establishment of the Verse Development Fund, the integration of Avalanche, and enhancements to the security and accessibility of Bitcoin.com accounts are all continuing activities in the ecosystem around the public sale of VERSE. 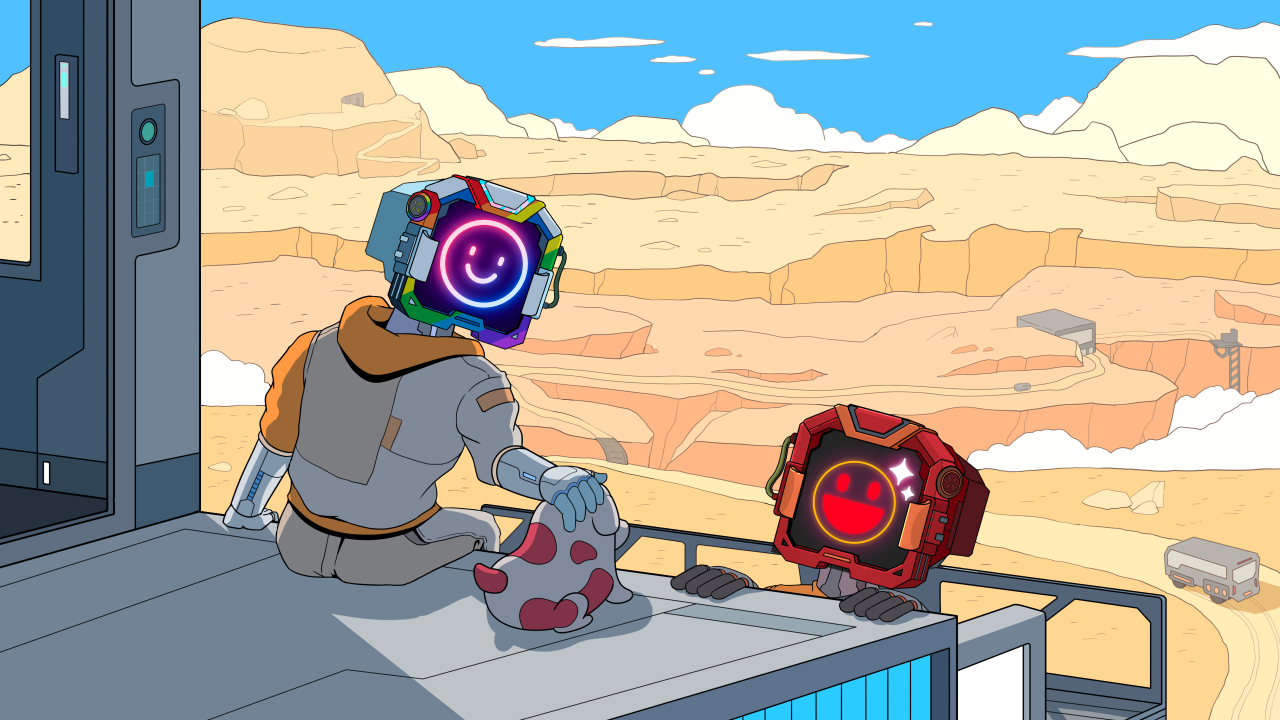 The debut of the Verse NFT collection coincides with the public sale of the VERSE token, and every successful purchase made during the sale is eligible for a complimentary mint of the NFT. Users that acquire larger quantities of VERSE are eligible to mint more Verse NFTs.

Since many members of the Bitcoin.com community will be experiencing the NFT area for the first time at this event, according to Alex Knight, director of product experience, Bitcoin.com is doing all possible to make the minting process simple and secure. He said that by carefully and effectively integrating NFT into the Bitcoin.com Verse environment, they assure that consumers will have a favorable introduction to blockchain technology.

Speaking about the Verse NFT collection, it will allegedly be programmatically created and comprise space-themed figures with a broad range of elements that may be combined, including but not limited to accessories, body aesthetic, colors, backdrops, and expressions.

Users who acquired VERSE during the token sale will instantly have their Ethereum address whitelisted for claiming the VERSE token that they have purchased as well as minting their Verse NFTs. This NFT collection will then be minted on the Ethereum blockchain. After the token sale, the aforementioned NFTs’ minting is anticipated to start. This adds up to the ongoing list of NFT projects that users may enjoy.