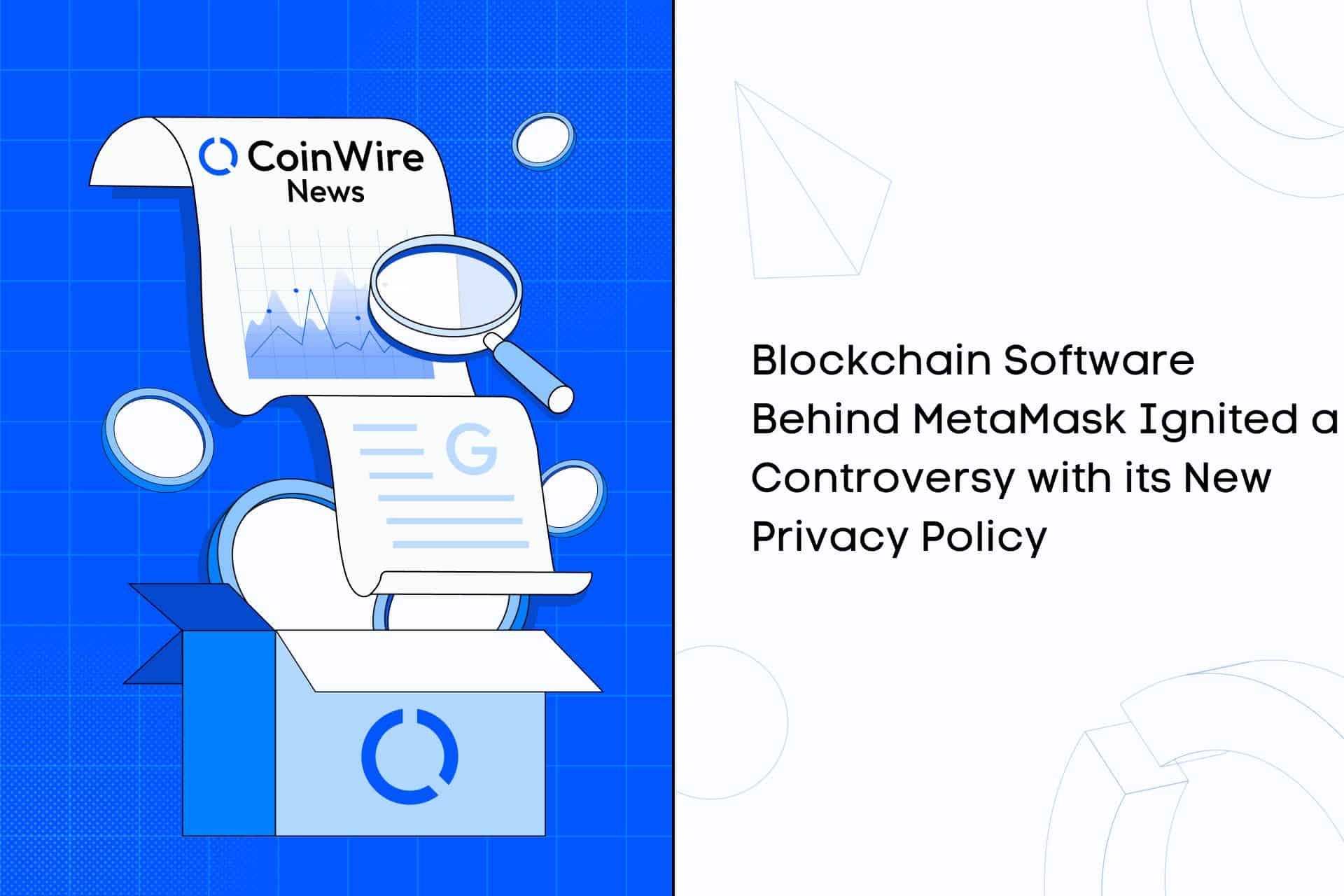 The user’s IP address and Ethereum wallet addresses will be collected in every transaction that they make using Infura as their default Remote Procedure Call (RPC) provider, Consensys informed the 20 million users of MetaMask in a statement made yesterday, November 23.

In which Consensys asserted that when a user used Infura as their default RPC provider in Metamask, a blockchain tooling and API development company that was acquired by Consensys in October 2019, the said tool will collect user’s IP address as well as the Ethereum wallet address when they send a transaction. Web3 applications can communicate with blockchains remotely using the RPC software communication protocol.

The blockchain software went on to explain that neither Infura nor MetaMask would record a user’s IP address or Ethereum wallet address if they used their own Ethereum node or a third-party RPC provider with MetaMask.

The aforementioned action has sparked debate and worries in the Web3 community, and some users have even threatened to boycott Consensys’ services in response to the move. The Pixelvault moderator claims that Gooniebrad tweeted, “It was fun while it lasted MetaMask but I value my privacy in this space,” and that he will change wallets as soon as possible. Another user, Cardano staker Beastlyorion, tweeted that it might be time to stop using MetaMask.

However, there are also users who support ConsenSys and argue that those who criticize the company should take responsibility for not managing their own infrastructure. Gabriel Shapiro, general counsel at Delphi Labs, claimed that it is unreasonable for people to be upset about centralized infrastructure providers’ increased data collection and potential censorship. He continued by saying that the public would soon be able to judge whether the aforementioned company has always been committed to managing its own infrastructure.

Some users are also urging the cryptocurrency community to use VPNs to mask their locations whenever they use MetaMask. Although wallet addresses are not affected by VPNs, only the collection of location data is. Coinvision, a Twitter user, claimed in a tweet that the SEC is likely to increase its regulatory capture once it has been established that the majority of intellectual property originates in the US.

This contentious revision to the policy surfaced as a result of Chris Blec, an outspoken MakerDAO governance delegate, challenging Consesys to clarify its conflicting privacy policies for MetaMask. In which he stated on Twitter:  “Ethereum wallet addresses are listed as data harvested from users in the ConsenSys privacy policy, which is linked from Infura and MetaMask website footers, but then it goes on to say that MM isn’t collecting your addresses. So which is it? ”

The former journalist Colin Wu announced the contentious policy update on Twitter. The aforementioned tweet sparked a variety of responses from the community, a contentious discussion ensued, and even Dan Finlay, a co-founder of MetaMask, chimed in to clarify that the users’ IP addresses aren’t actually being used for anything.

Then he asserted that the lack of usage was evidence that the contentious policy change was not cause for alarm. He continued by saying that in light of the earlier statement, fixing it should be easy. He then asserted that the problem would be resolved following Thanksgiving.

Because MetaMask is a well-known wallet in the neighborhood, the privacy policy update has generated discussion. However, it seems like they are going back to Web2 and centralized services, despite the fact that many users are arguing that they should be moving towards Web3 and DeFi along with strong user privacy protections in place, as is the “ethos of crypto.”

Although some users are still trying to defend Consensys by saying that the company is making an effort to be open and transparent, Anthony Sassano, an advocate and educator for Ethereum, offered his advice on how to change RPC providers. Using their own full node as an RPC is one of the many viable alternatives, he claimed, so doing that to MetaMask is simple.