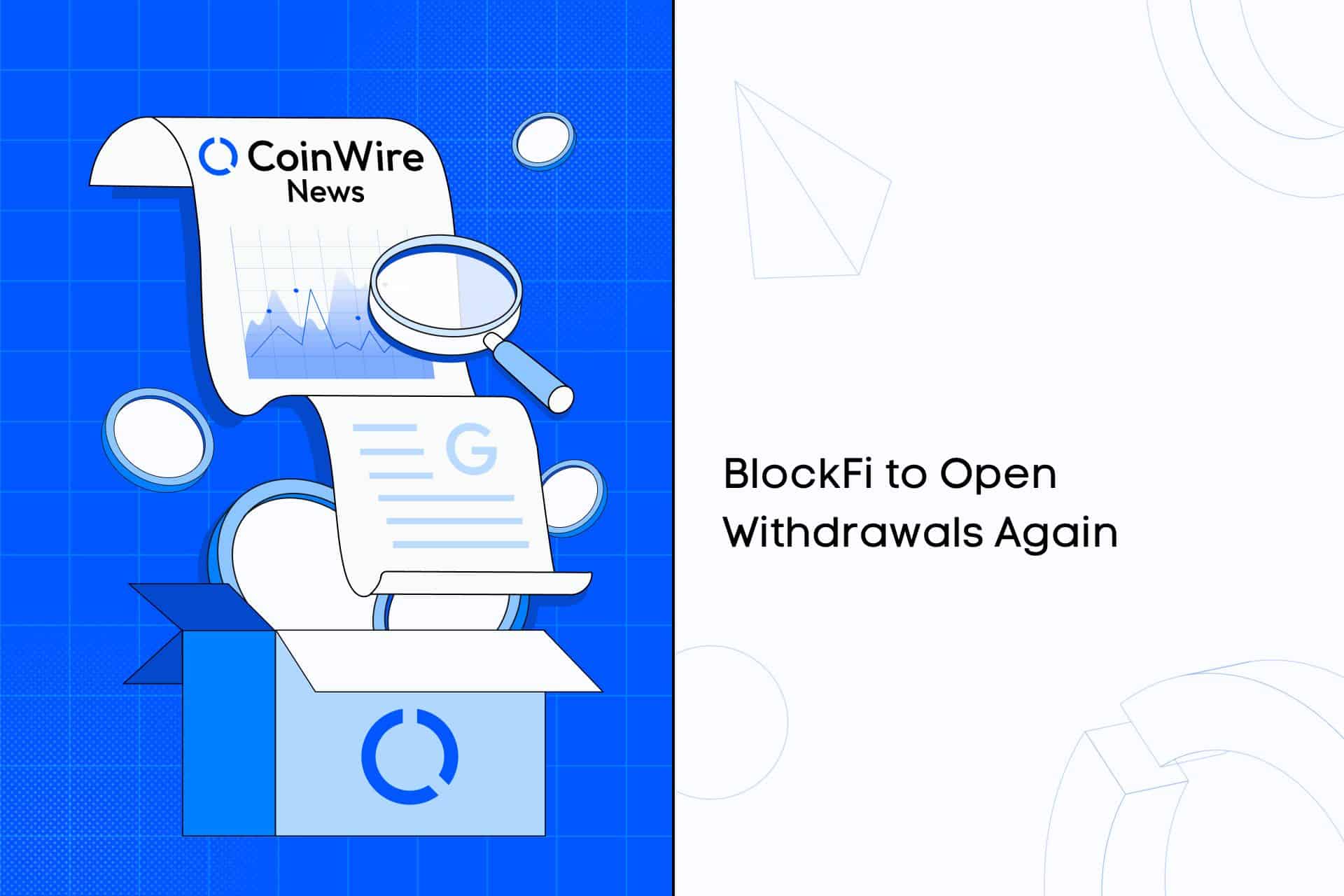 The digital asset lender, BlockFi has filed for application seeking for approval from a United States court to allow them in opening their withdrawals again for the customers to be able to withdraw their respective funds that have been locked on the platform for more than a month already.

The said court filing has clarified that the said funds legally belong to customers and the said lender platform does not have “legal or equitable interest.” This news came in light shortly after the crypto genius and former FTX CEO – Sam Bankman-Fried have agreed to be extradited to the United States.

The said court filing has been filed on the US Bankruptcy Court in the District of New Jersey have reportedly cited the lender platform’s “Wallet Terms of Service,” which respectively stated that assets “held in your BlockFi Wallet shall at all times remain with you and shall not transfer to BlockFi.”

In which the platform further highlighted that their debtors do not have any “legal or equitable interest in cryptocurrency that was present in the wallet accounts of the platform.” The said court filing also mentioned that their respective clients should be allowed to withdraw their assets locked up on the platform if they wish to.

This matter is still in court and is scheduled for a hearing in the first week of January that will be followed by a second hearing after four days the first, which will then be dedicated to wallet accounts in the custody of BlockFi International, a subsidiary that handled non-US operations domiciled in Bermuda.

FTX Tries to Claw Back Donations

Sam Bankman-Fried’s crypto empire and collapsed exchange platform, FTX, is now gearing towards clawing back payments made by its former management to politicians, celebrities and charities in the midst of its bankruptcy proceedings in the US.

The business subsequently asserted that they planned to start operating long before the bankruptcy court even ordered them to repay those monies, with interest starting to accrue on the day any action was started. In the aforementioned statement, the business also provided the email address FTXrepay@ftx.us. Recipients may use this email address to voluntarily refund money.

The collapsed platform later added and reiterated that recipients must be aware that any payments or donations made by FTX contributors to third parties, including charities, do not bar the FTX creditors from pursuing restitution from the recipient or any subsequent transferee.

A few FTX group members, the FTX founder, and other FTX leadership members have built up philanthropic reputations for their companies that are worth hundreds of millions of dollars. One of the most prominent US political donors, Bankman-Fried personally contributes to both Democratic and Republican causes. Ryan Salame was one of the other members who was highly known for being a significant donor.

However, the New York Department of Justice filed a criminal complaint, alleging that the aforementioned payments (donations) were the result and evidence of unlawful money laundering and that they were misappropriated from consumer accounts. According to the same complaint, the aforementioned money (donations) were contrary to the campaign financing breaches. In which Bankman-Fried violated donation caps by making contributions in other people’s names, along with “other known and unknown” individuals.

The report claims that recouping payments given to charity and a number of politicians is one of the simpler steps in the bankruptcy procedure. In which a “clawback” may be used to try to recoup the difference in payments under US law, which presumes that payments or transfers made within 90 days of bankruptcy are preferential if they give a creditor more than it would have been entitled to at the end of the bankruptcy procedure.

There may be billions of dollars that the court determines were dispersed unfairly in the instance of FTX, which lost more than $8 billion from customer withdrawals in the course of a day or less than a week before it filed for bankruptcy.

The  founder and former CEO of FTX, who was once dubbed as the “crypto genius” – Sam Bankman-Fried reportedly accepted his extradition to the United States where he is deemed to face money laundering and fraud charges. The former CEO has been in the custody of Bahamian authorities since he was arrested.

Despite the parties’ agreement on the extradition, Bankman-Fried has yet to leave the Bahamas for the United States because the court has not yet set a deadline for the matter. Given this, as was already reported, the FTX team is still in charge of the company’s bankruptcy procedures and is currently attempting to recoup millions of dollars in political donations made by the former CEO.

The FTX team is known to be led by the new CEO, John Ray III, who claimed there are politicians and other recipients that have already reached out to them inquiring for directions regarding returning the said funds. It has been reported that Bankman-Fried allegedly made $46.5M worth of political donations in the months prior to the collapse of the platform.