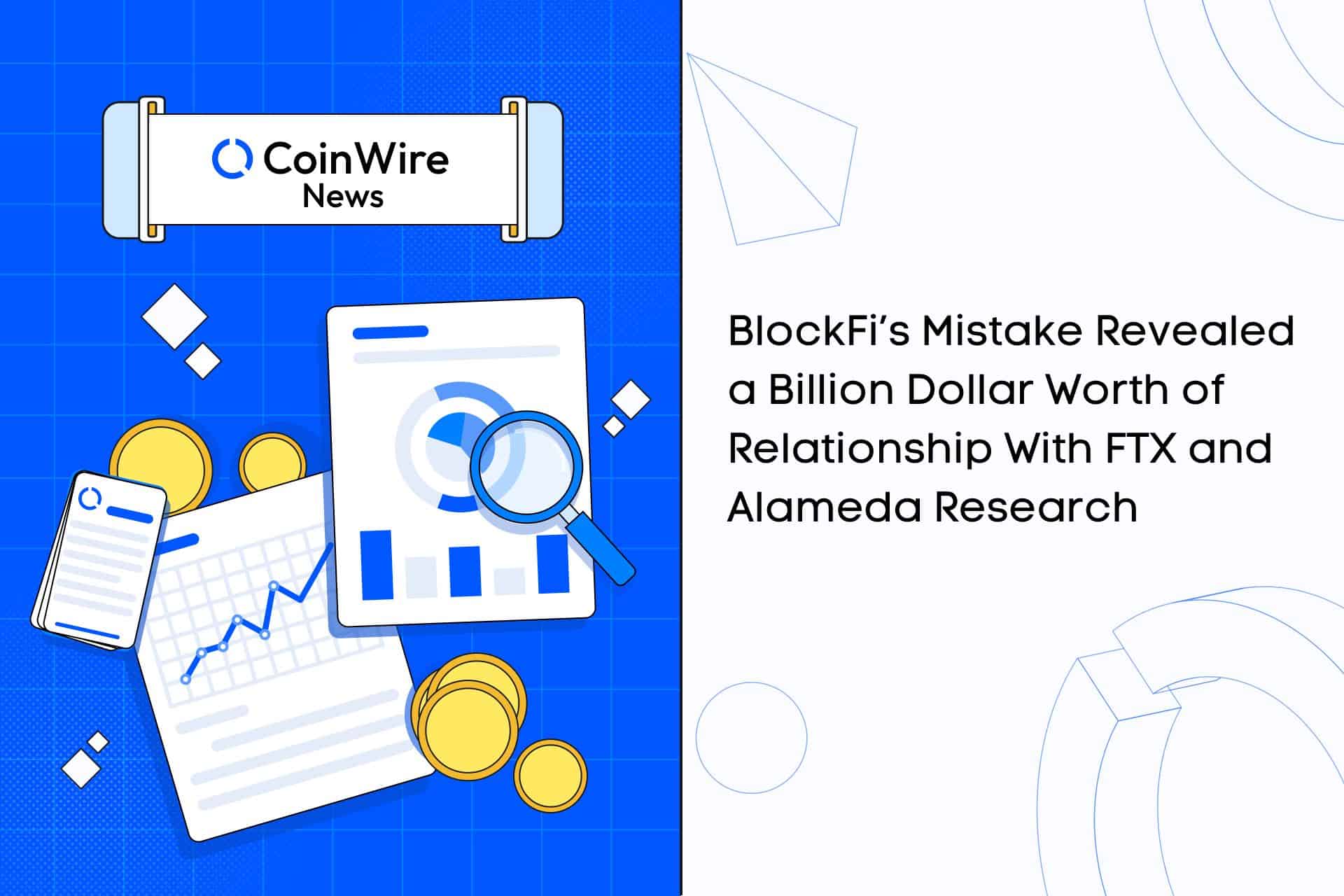 A mistakenly uploaded financial document by BlockFi, a cryptocurrency lending platform, revealed that it had over $1.2 billion in assets linked to the now-defunct cryptocurrency exchange platform FTX and its sister business Alameda Research.

The unredacted BlockFi file, according to the article, reveals $415.9 million in assets tied to FTX and $831.3 million in loans to Alameda. This was refuted by BlockFi lawyers, who claimed that the alleged loans to Alameda were only worth $671 million.

On the other hand, they added that the value of the frozen digital assets on the FTX platform was only $355 million. It is important to remember that BTC and ETH have already increased in value after FTX declared bankruptcy, which may have had an impact on the value of the aforementioned holdings. The said presentation is said to have been put up by M3 Partners, a creditor committee advisor.

In response to the first assertion made by a lawyer for the creditor committee, who acknowledged that the unredacted filing was inadvertently uploaded, attorneys representing BlockFi have not yet provided their perspective. New information about BlockFi, including its customer numbers and in-depth information on the size of their accounts as well as trading volume, has been made public by the file that has not been redacted.

According to figures from 2022, BlockFi had over 600,000 members, with 73% of them having balances under $1,000. The aforementioned users were able to transact a total of $1.17 billion in trading volume from May to November 2022, for a cumulative trading volume of $67.7 million. According to the aforementioned presentation, the cryptocurrency loan business was able to generate over $14 million in trading profits during that time.

The aforementioned presentation also revealed that BlockFi had wallet assets worth $366.7 million and $302.1 million in cash. Roughly half of the respective crypto lender’s unadjusted assets, totaling almost $2.7 billion, were connected to FTX and Alameda at that time.

It was claimed that Three Arrows Capital, a cryptocurrency hedge fund, was to blame for BlockFi’s demise. BlockFi was impacted by the crypto hedge fund’s bankruptcy filing in July 2022 because of its significant stake in the business. At that point, FTX intervened and set up a rescue strategy for BlockFi. The aforementioned plan was based on a $400 million revolving credit facility, but it all went wrong when FTX encountered its own liquidity issue, which ultimately resulted in its own bankruptcy.