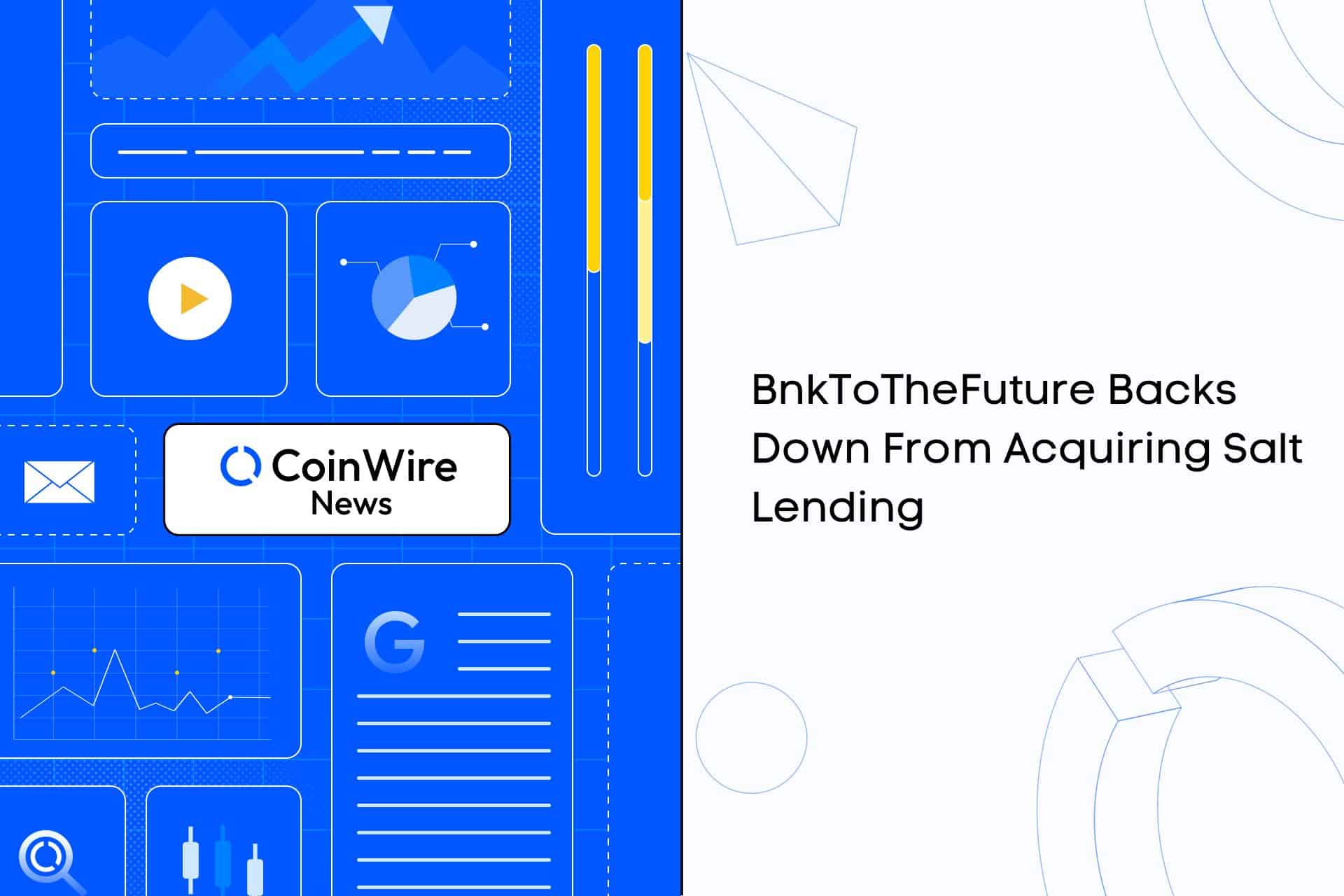 Following the collapse of one of the industry’s largest crypto exchange platforms, FTX, the entire community has been affected, and several companies with exposure to the troubled company have been dragged down, one of which is Salt Lending, a crypto lender.

Previously, Bnk To The Future, a global online investment platform, announced a non-binding letter of intent to buy Salt Lending, but due to its exposure on FTX, the latter decided to cancel the announcement.

According to the company’s statement, they will be terminating the said non-binding letter of intent for a variety of reasons, including SALT’s position with FTX and SALT failing Bnk To The Future Due Diligence. As a result, the transactions contemplated by this will not take place.

Furthermore, according to the statement, Bnk To The Future has no direct or indirect connection with SALT or FTX, implying that it was unaffected by the two troubled companies. Furthermore, all of their client funds were said to be completely segregated and uninvested.

Bnk To The Future recently agreed to acquire Salt Lending for an undisclosed sum in order to provide users with the ability to borrow against their crypto holdings. The agreement had not yet been finalized and was subject to change after signing definitive agreements and obtaining regulatory approvals, and it has now been thrown out the window.

Salt is just the latest company to be dragged down in the FTX liquidity crisis, which began with the CoinDesk report, which then raised allegations regarding the balance sheet of trading firm Alameda Research, FTX’s sister company.

The memo did not specify how much exposure Salt had, but it did state that customers’ loans would remain active and that all loan monitoring systems would be fully operational. In a separate tweet, Salt’s CEO Shawn Owen stated that the company is fully committed to recovering from the damages.

SALT is the most recent company to be impacted by the FTX turmoil that has turned the industry upside down over the past few days, as was previously mentioned. SALT has already stopped or paused its withdrawals.

Shawn Owen, the CEO of SALT, has already written a letter to the company’s customers in which he claims that the demise of the FTX has had an effect on their business. He also stated that withdrawals and deposits in each platform would be suspended until they could assess the impact with specific information they felt confident was factually accurate.

After the business was established in 2018, it has been enabling cryptocurrency owners to obtain loans using their coins as security. By doing so, users would be able to get cash loans without having to sell their cryptocurrency holdings.

The Securities and Exchange Commission has accused the company of selling an unregistered security two years after its launch, and as a result, they have been ordered to return the $47 million it raised in a 2017 initial coin offering (ICO).

The CEO recently asserted that his organization and each of its partners have been working toward a clear future and intend to be as open and transparent as possible. In which he asserted that transparency is crucial in all lending, whether it be secured or unsecured.

Additionally, he claimed that without accurate data, assets, and liabilities, lenders and borrowers would not be able to accurately assess counterparty risk, which he defined as the primary factor influencing the decision to deploy capital into the money markets.

He claimed in his letter to his company’s clients that SALT would still accept on-chain deposits, but he does not advise adding more money to clients’ accounts until the company can reassure them of its future plans. Salr is another company that has been impacted by the FTX collapse, though it is not the last.