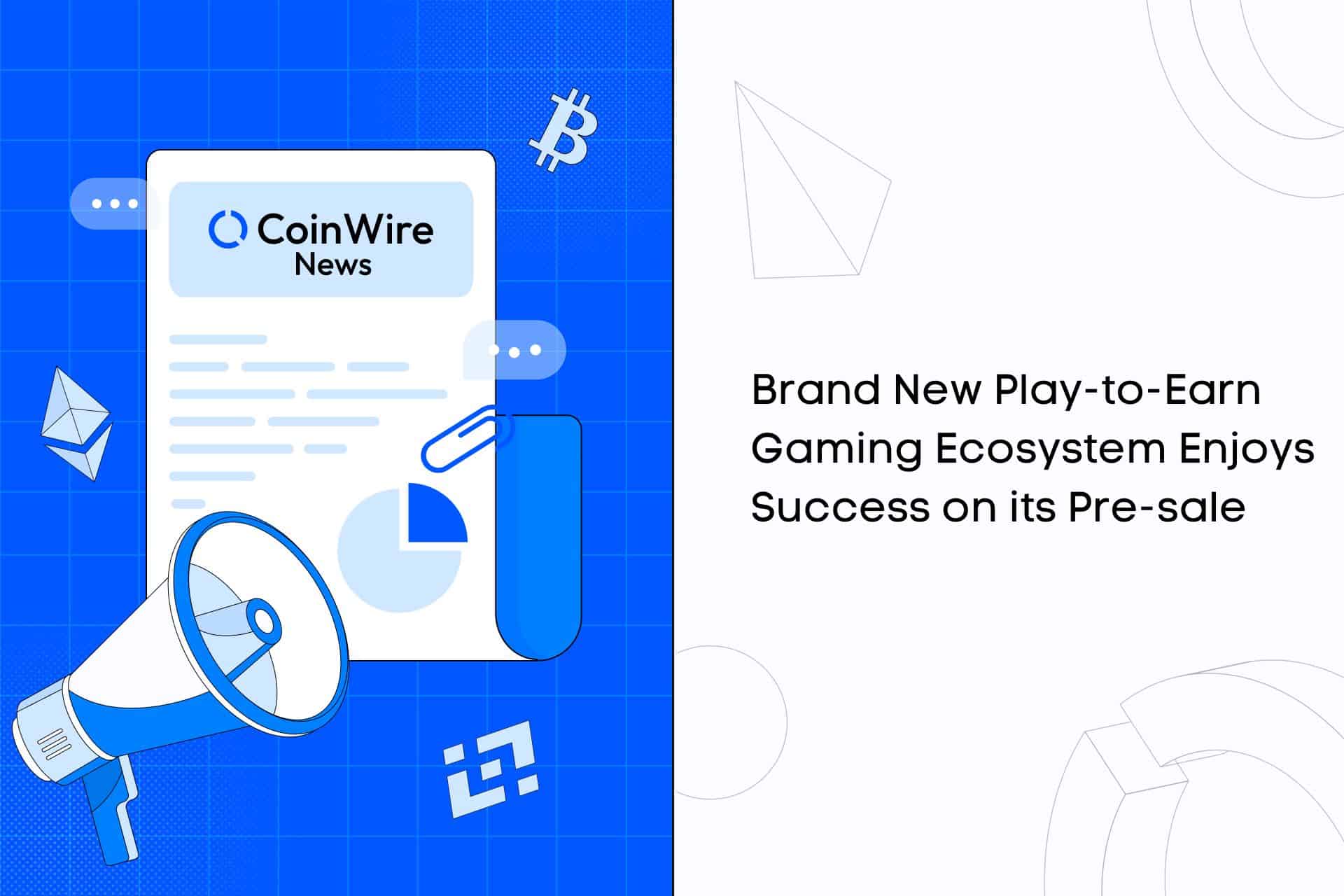 Calvaria, the most recent play-to-earn gaming ecosystem, has been gaining popularity over the past few days as a result of its successful first three stages of presale and has now successfully raised over $1.6 million.

Calvaria, a brand-new play-to-earn gaming ecosystem, is renowned for having a special focus on welcoming new crypto gamers to the industry. The user experience is typically the second priority in the Web3 gaming ecosystem after the game itself.

The play-to-earn mechanics would then be added by the developers after that. The team is still working on new ideas to make sure the user experience is much better. Calvaria differs from other platforms in that it gives consideration to gamers who are less knowledgeable about the cryptocurrency market.

The CalvariaDAO was developed by the team behind this distinct play-to-earn gaming ecosystem in order to guarantee the project’s continuous growth and ability to be developed in the most seamless manner.

The team can use the community’s collective intelligence to develop Calvaria in the most effective way by turning it into a decentralized autonomous organization. As a result, the Calvaria would rely heavily on the RIA token, which will also be used in the game as rewards and serve as the governance token that can be used to vote on the project, as the lifeblood of its ecosystem.

The Calvaria presale has been successful, raising reportedly more than $1.6 million. The price of RIA rises at each stage of the aforementioned presale, which is conducted in a number of stages. The token’s price is currently $0.025, but by the time the presale reaches its final phase, it is anticipated to increase by $0.055. After the presale is completely sold out, the Calvaria team has already stated that they will list the project on the LBank exchange.

Due to the fact that this newest play-to-earn gaming ecosystem has been dominating the news and its successful presale has dominated the headlines, many industry experts are expressing their optimism for Calvaria despite the current crypto turmoil.

One of the experts asserted that Calvaria could attract a significant number of new crypto gamers. In play-to-earn games like Calvaria, retaining existing players over the long term is one of the biggest challenges.

According to the expert, in order to succeed at this, players must not only enjoy the game but also have a solid foundation upon which to build their long-term loyalty. Further, the expert asserted that the game’s token, RIA, would be able to accomplish that, just as with Calvaria: Players of Duels of Eternity can take advantage of the game’s free-to-play version, which enables them to learn more about the cryptocurrency market.

Another expert predicted that the success of this game would be due to the players’ ability to own game resources, which would allow them to keep any upgrades, special cards, or decks they acquire during play.

Since the game is already gaining popularity, the expert expects the value of the aforementioned items to rise. This is allegedly accomplished with the aid of the blockchain technology that RIA uses for its game.

In addition to the optimistic outlook from the relevant experts, it is clear from Calvaria’s successful presale—in which the RIA is not only sold out on the first Presale stage but has been doing well for the first three stages of its respective presale—that the company would be around for the long haul.

According to the report, 77% of the RIA’s available Presale Stage 4 tokens have already been purchased. Out of the 120 million RIA tokens it had available, Calvaria was able to sell more than 100 million of them. Of the $2.1 million goal, the project has already raised about $1.6 million.