Cardano Price Prediction: Is Cardano Investment a Hit or a Miss? 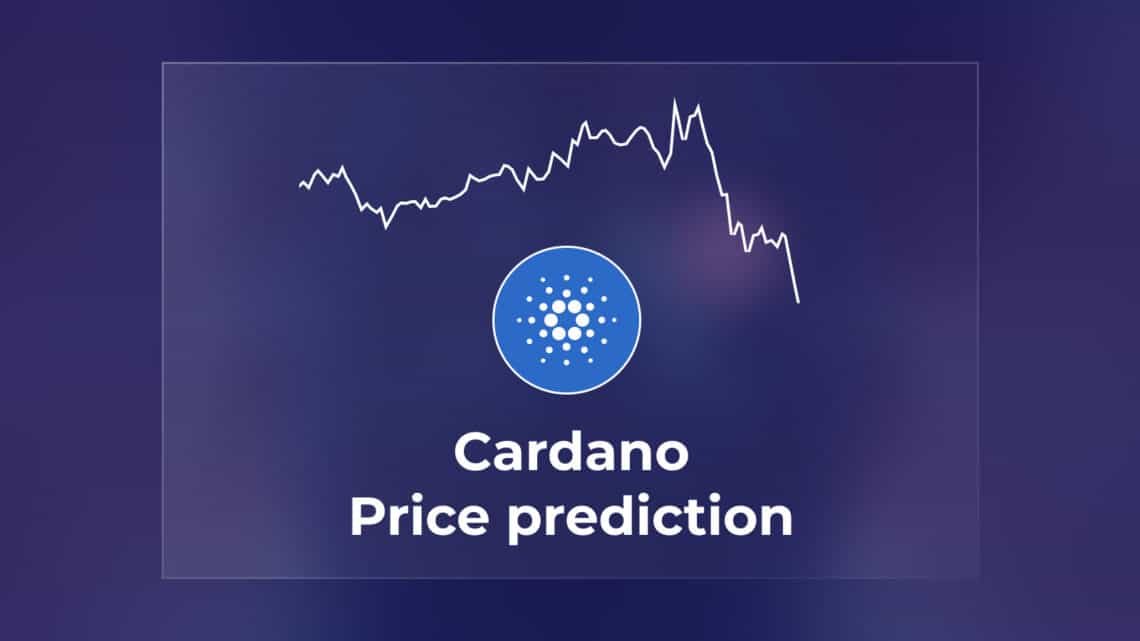 Any crypto investor considering or vetting altcoin investments needs to keep a close eye on the Cardano price prediction. Knowing what this coin is worth at present and what value it could have in the future is a great way to make solid investment decisions. This article dives into Cardano’s performance in 2022 and analyzes its potential value all the way to 2030.

Cardano is the world’s first proof-of-stake blockchain platform founded in 2017 by Charles Hoskinson. Hoskinson was an early cryptocurrency adapter who mined and traded Bitcoin for a while when it first hit the market. With the knowledge and expertise he gained through practice, this seasoned founder co-founded Ethereum in 2015.

However, as soon as Ethereum hit the market, it was evident that it needed to be made more efficient. Because it used the proof-of-work consensus mechanism to verify transactions, this Bitcoin rival consumed a lot of energy and processed very few transactions per second. Scott Nadal and Sunny King invented the proof-of-stake consensus mechanism to solve this problem, and Cardano was born to execute it.

Cardano prides itself on being a new standard in technology through peer-reviewed research. The platform questions and vets ideas before implementing them, which could explain how it successfully launched the PoS mechanism and became one of the most renowned blockchain platforms globally.

Granted, Cardano’s current price is a far cry from the all-time-high (ATH) that it set in 2021. Over less than 12 months, this coin has lost 0.84% from its $3.10 ATH value. However, data from the first half of the year shows that the coin maintained a steady position in the market and recorded slightly higher values on average.

Best case scenario for Cardano in 2022

Cardano’s future for the remainder of 2022 is tricky to predict, primarily because the platform will launch a hard fork by the end of June. Hard Forks are a blockchain equivalent of a system upgrade, preventing a blockchain network from accessing the nodes of older versions of the blockchain. Simply put, computers within the Cardano network that will fail to run the update will not be able to recognize new transactions.

Generally, hard forks can have a disruptive effect on a coin’s price, increasing its volatility. However, if the hard fork has enough consensus, it shouldn’t negatively impact prices. Knowing Cardano and its ability to draw users into the blockchain’s new version, its impending Vasil hard fork is no cause for alarm. If anything, ADA’s price at the year’s close can go as high as $1.21.

Worst case scenario for Cardano in 2022

Although the Vasil hard fork isn’t likely to cause a bearish tendency on Cardano’s price, technology can be relatively unpredictable. The worst-case scenario would be that the upgrade doesn’t get much consensus, which would lead to a split in the chain, creating new currencies, and a price split of Cardano’s value.

This scenario, however, is highly unlikely. So even if the hard fork causes a price drop, the lowest Cardano prices can go by December 2022 is about $0.78, judging by the average least price the coin has had through the first half of the year.

What Average Price Will Cardano Maintain in 2022?

Regardless of the shake-ups in the overall crypto market, or the disruption that the hard fork can cause, Cardano’s price at the end of 2022 will still be considerably high. On estimate, this altcoin will maintain a price of about $0.937, around a 44% spike from its current price.

Cardano Price Prediction From Other Analysts

Cardano is on the radar as many professional crypto analysts try to predict the coin’s performance in 2022 and beyond. These teams of seasoned analysts study the crypto space and the external factors that affect it to come up with the best possible price projection for a given coin. Such predictions come in handy in giving investors foresight about the coin inquisition.

In Cardano’s case, many analysts believe the coin has the potential to make decent profits by the close of the year. Here’s a summary of Cardano’s price forecasts for 2022 from four esteemed crypto analysis platforms.

Research and historical data analysis from seasoned crypto analysts on TechNewsLeader indicate that Cardano is set for an upward trend by the close of 2022. The price prediction for the remainder of 2022 on TechNewsLeader shows that Cardano’s value per token will hit highs of $0.76 and lows of $0.64.

Expert analysts on Price Prediction.Net believe Cardano will close the year on a high note. This platform indicates that the coin will have a minimum price of $0.59, an average price of $0.61, and a maximum price of $0.70 by December 2022.

Industry-leading crypto analysts platform TradingBeast gives Cardano one of the highest price predictions for 2022. On TradingBeasts, the average price that Cardano will have at the end of the year is $0.851. On average, this platform shows that Cardano will be worth $0.681, and it estimates that the least price the coin can have will be $0.579.

Cardano is set for a price between 2023 and 2025. As more and more people begin to run blockchain transactions, the need for a system that can support numerous transactions speedily and efficiently will rise. Because of its PoS system, Cardano will be a go-to option for many crypto users, which means its token’s value will experience a drastic rise.

As the decade grows closer to its end, Cardano’s prices will still be on the rise. Technology is a rapidly developing sector, and it is only about to get bigger and better towards 2030. Therefore, Cardano’s involvement in technology and the blockchain’s focus on innovation is the primary reason ADA’s price will maintain an upward trend.

1. How High Can Cardano Go Long-Term?

The highest value Cardano can hit in the long run is $11.770 in 2030. This price will result from more and more people running transactions on the blockchain and Cardano’s investment in improving its technology and innovation.

2. Why Is Cardano So Cheap?

For a coin ranked in the top ten cryptocurrency category, Cardano is fairly affordable. But this doesn’t make it a scam. The coin manages its affordable prices because, as a third-generation blockchain, it hasn’t been in the market long enough to accumulate the high prices that pioneering blockchains like Bitcoin and Ethereum have attained.

Cardano is a good bet for any crypto investor. The coin’s blockchain can scale high in the near future, making the coin all the more valuable.

Cardano is one of the most undervalued cryptocurrencies. Given its position in the market, one would expect it to have a higher price. However, Cardano prices seem lower because they are being compared to token prices from pioneering crypto blockchains that have been around for much longer than it has.

BTCST Price Prediction: Will You Cash in From Your BTCST Investment

Baby Doge Price Prediction: Can BABYDOGE Make You Retire in 2022?

Algorand Price Prediction: Is ALGO a Good Investment in 2022 & Beyond?