Crypto​.com Releases Proof-of-Reserves While Its CEO was Found to Have Several Red Flags 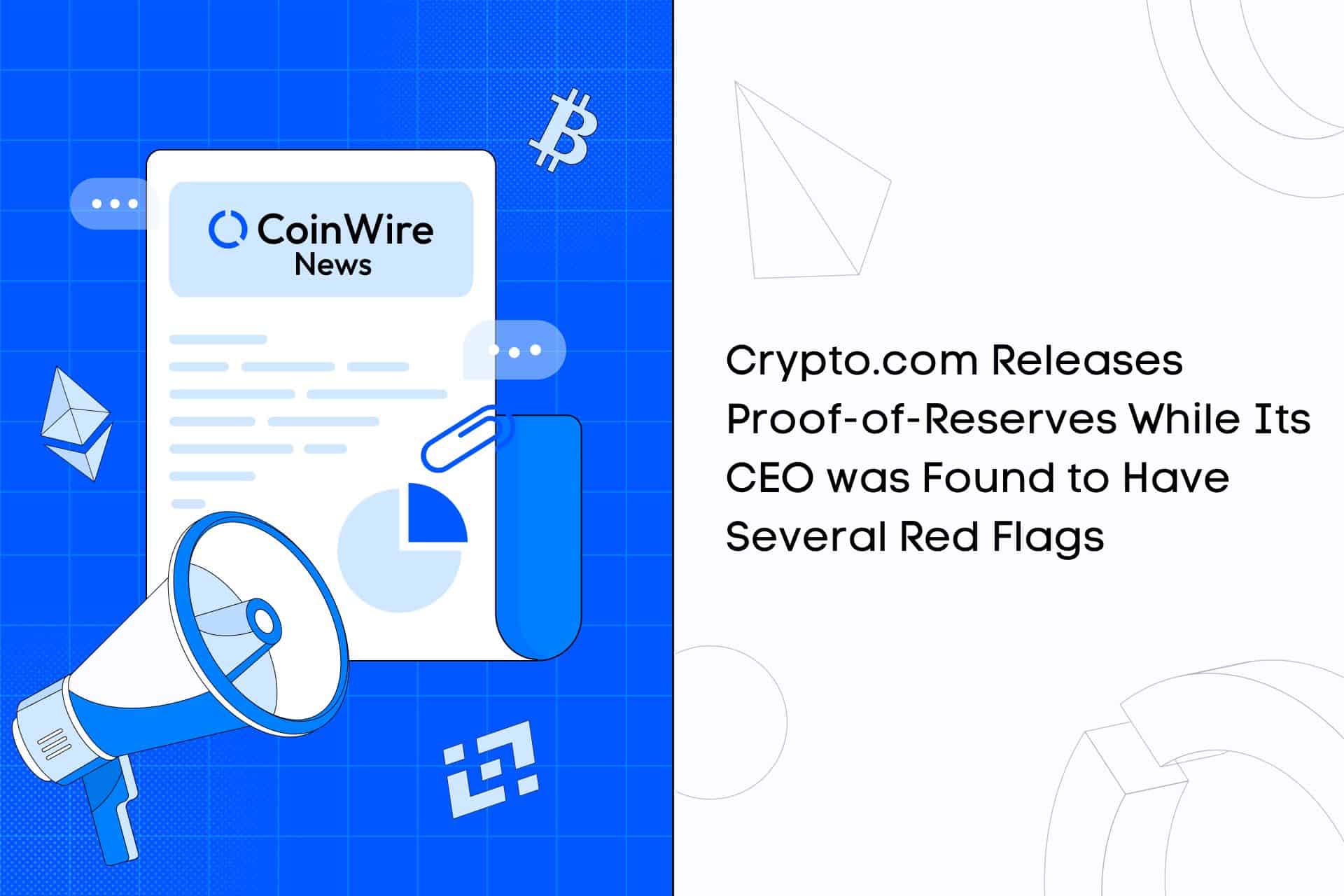 On the exchange’s website, you can find the aforementioned proof-of-reserves page, which demonstrates that the exchange platform has 102% of the Bitcoin, 101% of the Ether, and 102% of the USD Coin required to process withdrawals. In addition, there are other coins with reserves that are greater than 100%, including Tether, XRP, DOGE, Shiba Inu, LINK, and MANA. The said proof-of-reserves page was accurate as of December 7 according to an audit by Mazars Group, a global audit, tax, and accounting firm.

The exchange platform hopes to win the trust of the cryptocurrency community with this proof-of-reserves page. In which their CEO, Kris Marszalek, CEO of Crypto.com, said that providing audited Proof of Reserves is a crucial step in boosting transparency and reestablishing the public’s faith in exchange platforms.

He added that their platform is fully committed to giving clients all over the world a secure, safe, and legal way to interact with digital currencies. Crypto.com provided a way for users to self-audit its reserves because some users don’t really trust an exchange platform’s own report of their own assets and liabilities.

The proof-of-reserves page and the absence of evidence demonstrate that there has been no misconduct at the Crypto.com exchange platform. However, the CEO, Kriz Marszalek, was found to have a business history full of red flags.

It was discovered through several leaked court documents, public filings, and offshore databases that the CEO frequently restarts businesses after they fail. The aforementioned red flag CEO was discovered to be active in a number of sectors, including manufacturing, creating data storage products for white label sales, moving into e-commerce, and finally entering the cryptocurrency space. Here are some of Marszalek’s misadventures:

In 2004, the current CEO of Crypto.com established Starline, a manufacturing company with a base in Hong Kong and a plant in mainland China. The aforementioned company was known for producing hardware items like USB flash drives, hard drives, and solid state drives. In three years, the aforementioned business reportedly expanded to 400 employees and generated $81 million in revenue. Half of the business was owned by Marszalek, and the other half by a Hong-Kong resident who collaborated with Marszalek on several projects.

By the end of 2009, Starline was compelled to initiate bankruptcy proceedings. which saw the transfer of nearly $3 million in Starline payments between the years of 2008 and 2009. In which Marszalek received a personal payment of more than a million dollars, which the court later referred to as “impugned payments.”

According to Judge Anthony Chan’s court filing, there appears to have been a coordinated effort to steal the money from Starline. Reps for Marszalek now assert that the failure of customers to repay credit lines that the company extended to them during the financial crisis of 2007 and 2008 caused Starline to go under.

In fact, while the aforementioned company was failing, Marszalek and his business partner were hard at work creating a new one in the Cayman Islands. This second company was known as Middle Kingdom Capital. According to reports, the e-commerce endeavor that Marszalek had begun pursuing, BeeCrazy, was owned by Middle Kingdom, which also reportedly owned Buy Together.

Due to their success, Buy Together attracted the attention of iBuy, an Australian conglomerate that sought to acquire BeeCrazy in order to expand their Asian e-commerce business and was just about to go public.

According to court documents and Australian disclosures, Marszalek and his partner had to work for iBuy for three years in order for the acquisition to take place, as well as have each of their personal bankruptcies dismissed by a Hong Kong court.

2013 saw the successful acquisition of BeeCrazy by iBuy for $21 million in cash and stock, and Marszalek was obligated to stay on until 2016. The company struggled after its IPO a year after the aforementioned acquisition as competition increased from larger players like Alibaba.

Marszalek changed the name of the aforementioned company to Ensogo in an effort to save it, but the business kept losing money, and by 2015, it had already lost more than $50 million. One year later, Ensogo fired its employees and eventually shut down business on the same day Marszalek resigned as CEO.

Sellers on the website claimed that they never received payment for goods they had already delivered as part of a final blowout sale after the abrupt shutdown. One of the sellers even asserted that the business intended to generate significant revenue before it closed.

The Marszalek representative claimed that both customers and consumers were upset by the company’s alleged decline in this issue. He continued by saying that the decision to shut down Crypto.com is opposed by the company’s current CEO for this reason.