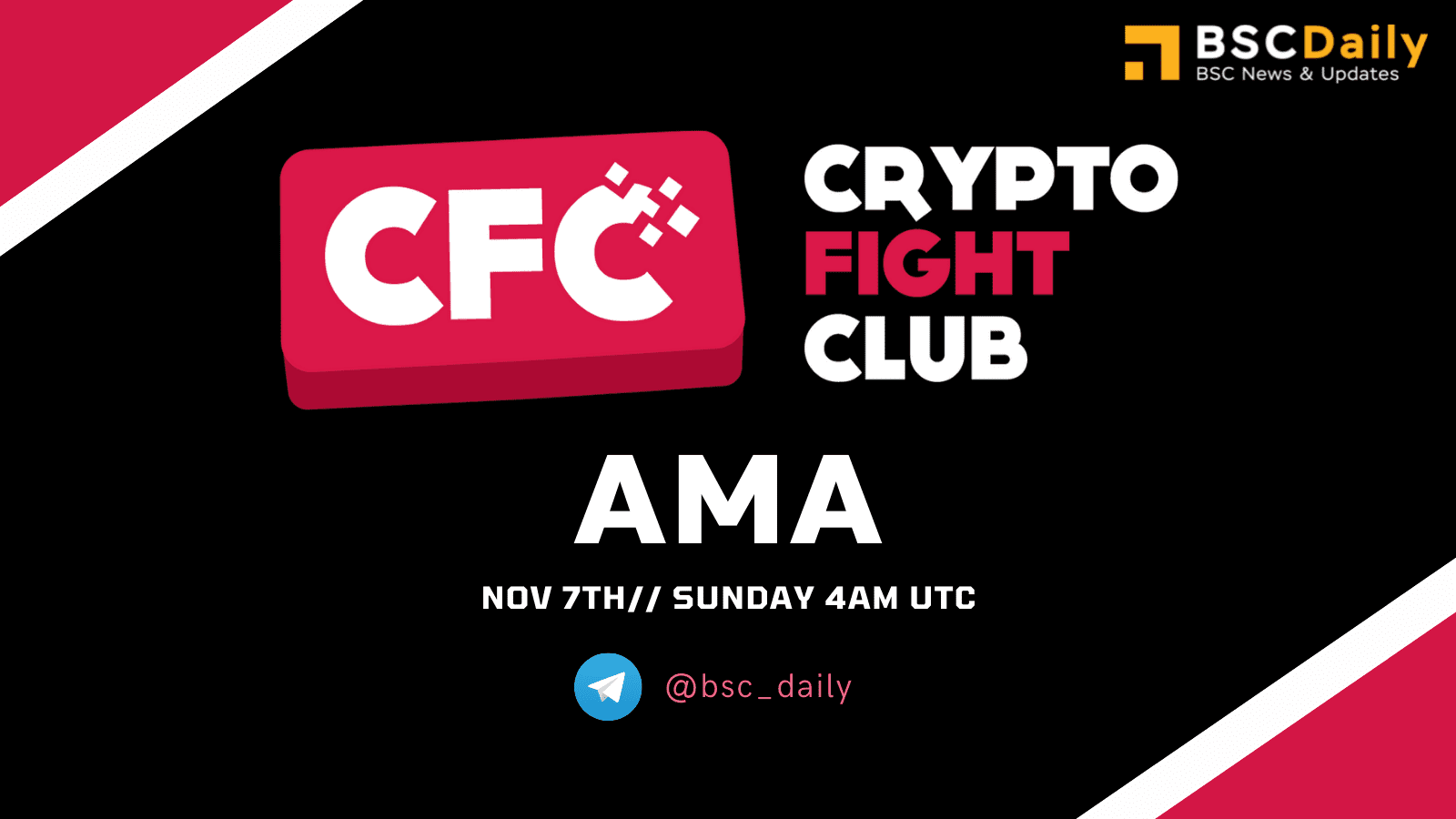 Ashton: Let’s dive into it.

Q1: Now to start the AMA, please have a quick introduction to the community. What is Crypto Fight Club all about? Where did the idea for this project come from?

Ashton: Crypto Fight Club is all about taking existing ideas from existing play2earn and staking models and reshaping them both, providing a product that has easy entry barriers and will make it fun and lucrative for everyone to get involved.

CFC originally came about when we had a meeting with the current founder Cedric, also owner at Elite Fight Club. He originally wanted to make some NFT art, similar to crypto punks but with famous fighters…

Instead, my partner Felix and I decided to gamify this ‘crypto punk’ idea and leverage a key partnership we have at our other company – Gamestarter. Andrius and the team at Gamestarter fell in love with the idea and wanted us to PUSH PUSH PUSH to get something of substance and bring more use cases to GameFi. We’re all about the sport of fighting and making it possible for people to earn and put food on their families plates, as they do with Axie Infinity, amongst other games.

Q2: Can you tell us a bit about the team and their experience with crypto projects?

Ashton: Sure. We have a full-time team of full-stack developers ranging from URE5/Unity devs for gaming to seasoned JS and blockchain devs. Most of our team has been into crypto since 2016 onward and have been leveraging our network for new and exciting partnerships.

Between Felix, the CTO, and I, we have together built some of the biggest marketing endeavours in the crypto space and created some of the largest networks within a business. For example, I had created the largest Bitcoin ATM network from 2015-2017 and made some lifelong partners and resources from that time.

We have 10 people full-time. Let me break it down for ya.

Q3: Can you walk us through the uniqueness of Crypto Fight Club?

Ashton: Absolutely. This will be a long one as I will compare it to the industry of GameFi.

Crypto Fight Club is the same, but differs from many different games with the play2earn and staking models.

I’ll break this down into 2 parts: gaming & staking.

Regarding the game: similar to Axie, players will be able to immerse themself into the PvE (player vs environment) that we call training mode. In training mode, fighters can complete different objectives in the REAL-LIFE gyms that we feature in the game. For example, we partnered with Elite Fight Club, a notable fighting gym in Bangkok, Thailand that will be the first PvE gym where players can hit bags, fight NPCs, and find easter eggs, earning tokens that they can do as they please with.

In PvP, we’ve introduced the original term “staking” which actually is a similar definition to wagering. In PvP, players can decide whether they want to put up some $FIGHT tokens or even NFTs against the other player. Should both players agree, the fight begins and the winner takes the prizes the other players put up to wager.

EG if you think you can beat my fighters, put your money where your mouth is. You request to set up a 2000 $FIGHT fight, I will donate 1000 FIGHT and you will as well – winner takes 2000 $FIGHT for winning the fight.

Now for staking, we’ve divided this up into 2 pools.

For those who have read the WP, you will know that we have a 1% inflation (10 million tokens) minted per year. This entire 1% goes to the active stakers staking $FIGHT into their BEP721 NFT fighter.

Staking is broken up into 2 pools: one pool can be participated in with a chance to earn high APY with 3 million tokens up for grabs (30% of the 1% inflation).

The second pool is open to people who provide liquidity and stake their LP token into the fighters. These participants in this pool will play a role in the remaining 70% of the 1% inflation (7 million tokens), furthering rewarding our active liquidity providers.

We are able to build out a staking mechanism where users can stake BEP20 tokens into BEP721 NFTs and earn interest based on this inflation.

BONUS: If a player stakes for a minimum of 1 year, their fighter grows 20% in statistical value (attack, defense, technique). Similarly to evolving a Pokemon.

Ashton: We have 2 gameplay modes: PvE and PvP.

In PvE, players will be able to participate in a series of events to win a play2earn token, similar to Axies SLP token. Players can choose to work out traditionally by sparring NPCs, hitting bags x amount of times, or even participate in mini-games, like chasing chickens around a farm (this is what Muay Thai fighters in the sticks do in Thailand for cardio) with the opportunity to earn these tokens and find easter eggs with more bonuses. A lot of gyms that we partner up with IRL will be featured in the game and those who hold CFC NFTs will have exclusive access to the gyms and training sessions there.

In PvP, players will be able to showcase their fighter and their skills on rooftops, parking lots, or big boxing ring environments to bout against another opposition. Players can have the choice to wager tokens, like $FIGHT, $GAME, or even NFTs, should they think they can beat you. Again – they have to put their money where their mouth is. They can also choose to opt out and play for free game and reputation.

Q5: Let’s talk about your token. Tokenomics & Where can $FIGHT be used? Where and how can the community buy your token?

Ashton: $FIGHT can be used in multiple places in the ecosystem.

Players can put up their $FIGHT tokens against an opponent, aiming to take their matched amount placed and win a huge pot of tokens. $FIGHT is also the only currency people can use to purchase BEP721 NFT fighters. However, when people purchase NFT fighters, those $FIGHT tokens are sent to the black hole smart contract address and are burned- taken completely out of the supply and creating scarcity. We will do this with every NFT drop.

$FIGHT can also be used in our in-house auction house, led by GBM. In this model, players can bid for BEP1155 NFT wearables, like gloves, boots, belts, etc that all enhance your fighters fighting stats one way or another.

When players bid for these items, they actually earn while doing so. For example, Harris, if you bid 100 $FIGHT for a pair of gloves and I one-up your bid to 150 $FIGHT and end up winning that auction for the gloves, you earn 10% of the winning bid (15 $FIGHT) for just participating in the auction. We call this bid2earn.

The token is not out yet, but we will be launching an IGO off 2 launchpads. The first one being Gamestarter and the 2nd one is undisclosed for now. $FIGHT will be first traded on Pancake Swap after the launch.

In order to play a role in a public sale, users must have $GAME coin and stake it into the dashboard of Gamestarter IGO dashboard.

Q6: Let’s talk about marketing plan, partnerships & influencers that you are collaborating with.

Ashton: Fun fact, I own a marketing/PR firm with Felix, our CTO. We have plans to brand out some of our team as KOLs and acquire some un-sponsored, organic brand awareness through top-tier media.

On top of this, with our list of VCs actively helping us grow the communities with their local KOLs randing for SE Asia to North America, driving a killer impact to spreading the word about CFC.

We are also integrating real-life champion prizefighters into the game like Superbon (world champion Muay Thai fighter), The Pinto brothers (ONE FC champions), and some Muay Thai legends like Trainer Gae and Saenchai. Being a month into the business model and having insane connections to the fighting sport scene, we will not only be working with crypto influencers and media but focusing a lot of e-sports and targeting those who are actually interested in the sport of fighting.

Q7: What are the project goals? Can you share with us your roadmap in the next 6 months?

We are destroying deadlines left and right and within the next 6 months you can expect the following:

For TGE in Dec, we will have a fully-built staking dashboard w/ transparency index that showcases how many people are staking, who the largest staker is, when most stakes expire, how many tokens are being staked, etc. Similar to the dashboard @ https://hex.vision

We will also have multiple environments for people wanting to play PvP mode, which is the first released game mode in Jan/Feb. This will be the first play2earn mode and shortly after we’ll introduce the fully built gyms where players can train and earn tokens for objectives stated above.

The main goal is to target and partners up with major fighting events and professional fighters to showcase the events. In December, we will be partnering with the World Boxing Championship in Bangkok Thailand, offering us the opportunity to speak with living legends in the flesh and talk about integrating them into the game.

Q8: Where can we find out more about Crypto Fight Club on social media?

Ashton: Here are our official links:

BSC_Daily Admin: With this, we are now at the end of our AMA session with CryptoFightClub.

Ashton: Yes, we have a newfound initiative starting TOMORROW. For those interested, in our community starting MONDAY, NOV 8th, we will host $200 BUSD weekly prizes to the most active community members.

What depicts an active community member?

– participate in the current conversations

– creating polls in the group that relate to crypto/fighting

Each member will be picked the Saturday of every week and stats will be judged by MEE6 on Discord and Combot on Telegram. 🤖

Join the chat t.me/CryptoFightClubChat on Telegram.

Join the chat discord.gg/CFC on Discord to participate!

BSC_Daily Admin: Thank you so much for spending time with our community & all the very best for CryptoFightClub. 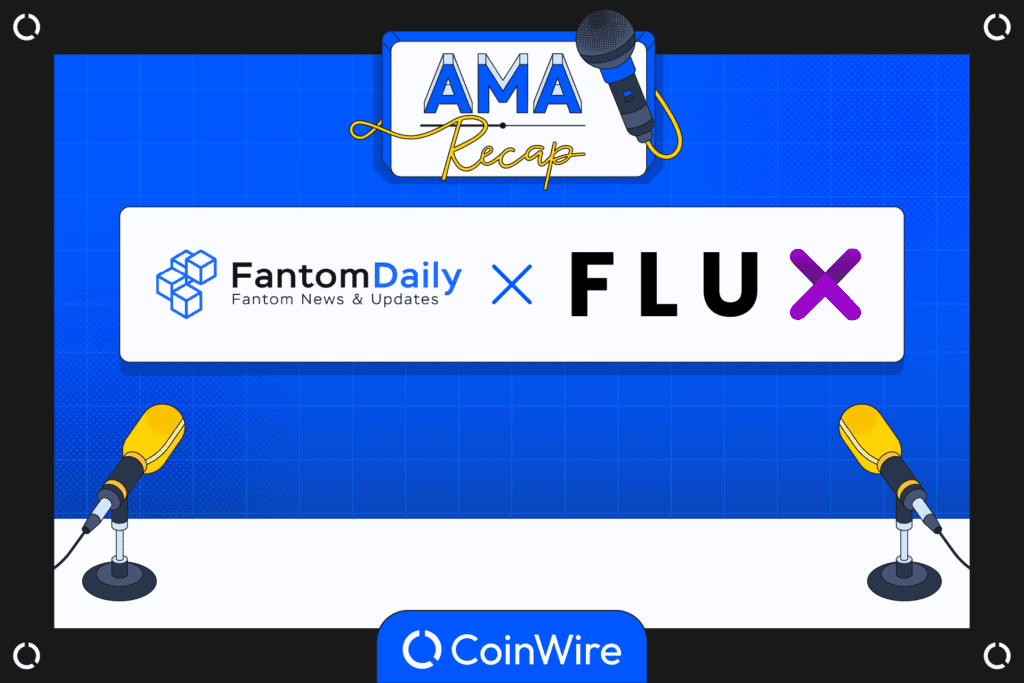 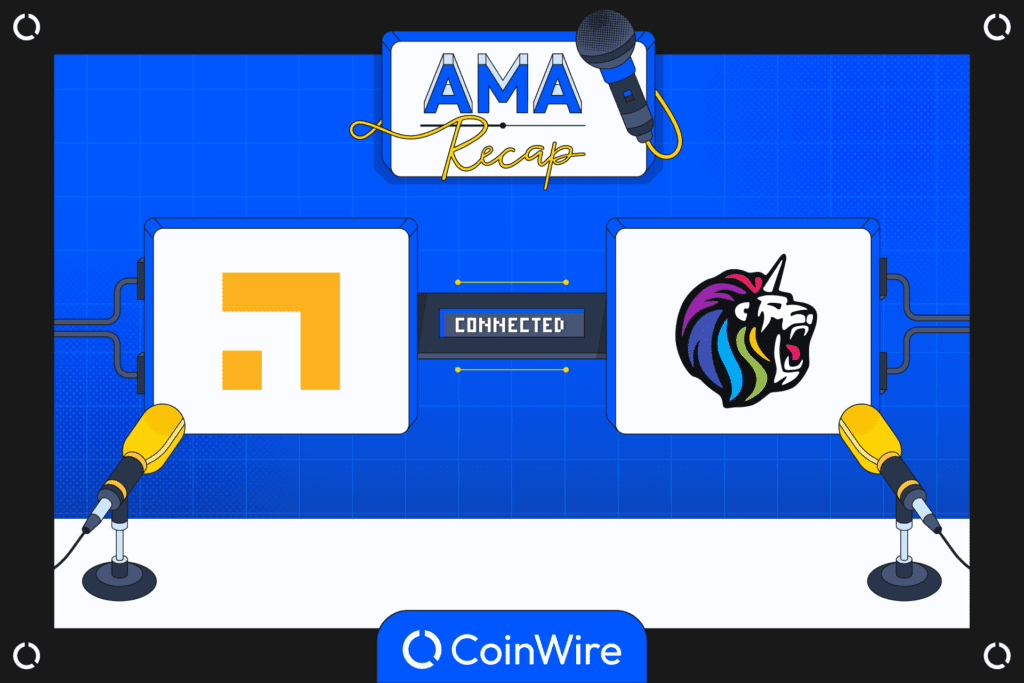 Coinwire.com hosts an AMA with LEONICORN. #Leonicorn #BNBChain #BSCDaily #AMA Coinwire Admin: Good day to you ladies and gents! Welcome back to another beautiful AMA with BSC Daily 🤩🤩 My […] 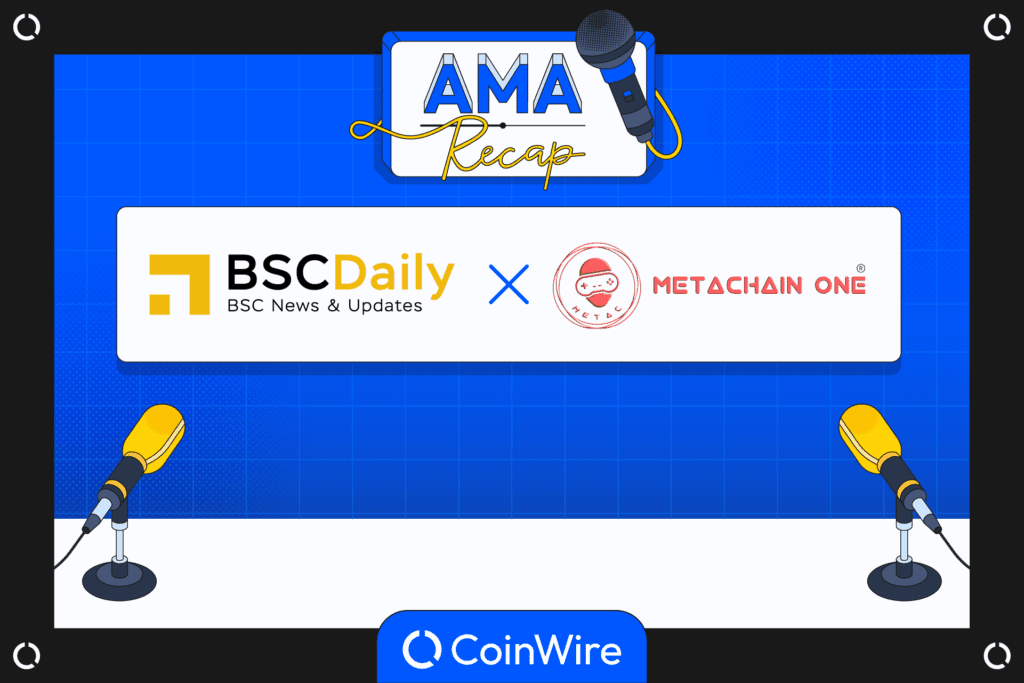 Livestream AMA with Metachain One recap 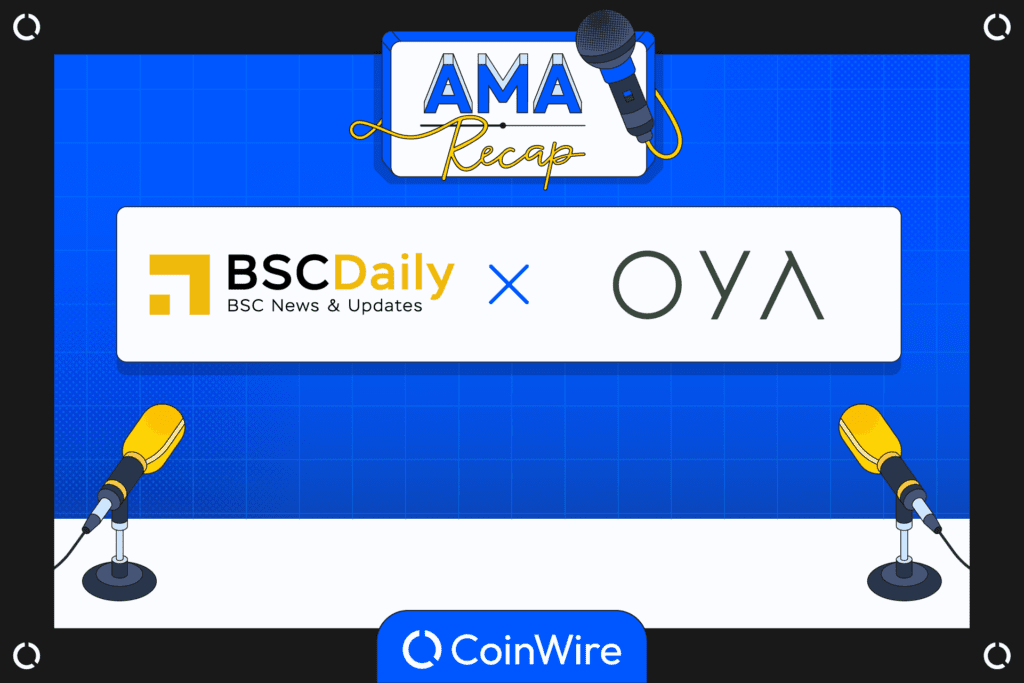 Voice AMA with OYA AMA with OYA OYA is a collection of luxury resorts aiming to help Web3 community connect, heal and live through a variety of physical and psychological methods […]