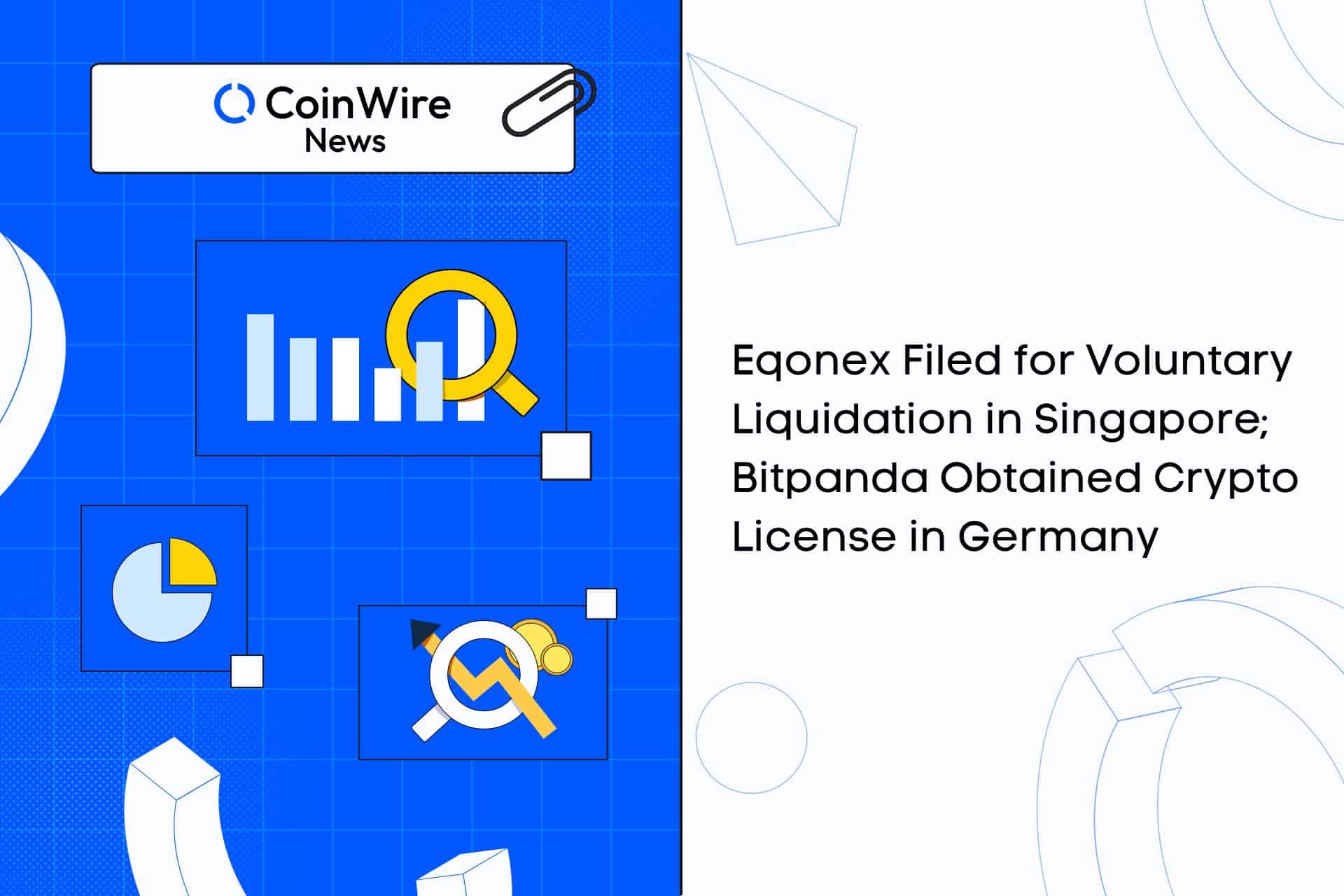 According to reports, the Singapore High Court has received a voluntary application from the Nasdaq-listed cryptocurrency financial services company Eqonex. After the aforementioned action, the company will be under judicial management.

The report claims that Eqonex already entered into a strategic partnership with Binance Bifinity, a payments technology company, back in March, when the company was still getting ready to concentrate on custody, brokerage, and asset management.

In this situation, Bifinity has agreed to provide a $36 million loan that can be converted into equity as part of the partnership; however, due to technical violations of the loan agreement, Bifinit has chosen to withhold the fifth tranche of the loan.

In which Bifinity alleged that the latter has been in talks with potential investors to secure equity financing through the issuance of new shares in order to address liquidity issues. According to reports, their negotiations with the latter company required a waiver of violations and an amendment to the terms of the loan agreement, but they were unsuccessful.

The Bletchley Park Asset Management and Digivault units of the group, among others, are not reportedly involved in insolvency proceedings. According to reports, Digivault, a custodian registered with the Financial Conduct Authority of the United Kingdom, will begin a voluntary wind-down and look for a different solution.

However, Eqonex shut down its cryptocurrency exchange in August, citing the volatile market and dwindling trading volumes, and stated that it intended to concentrate on its asset judicial management and custody. According to the definition of judicial management, this type of restructuring entails the appointment of an impartial overseer to manage a business that is unable to pay its debts.

Eqonex’s dropped by 24% again yesterday as a result of the FTX contagion. Eqonex’s price this year as a whole has decreased by 91% from its listing price on Nasdaq in 2020. According to the company’s letter to each shareholder, they made sure that their business was regulated at a time when it was “grow-at-all-cost,” but the current state of the cryptocurrency industry has hampered that growth. Additionally, they have admitted that they have fallen short of the objectives they set when they were first recognized as a regulated ecosystem for digital assets.

Positively speaking, Bitpanda, the Australian exchange, has just through their local unit received their crypto license in Germany. Their local unit, Bitpanda Asset Management GmbH, would be able to independently offer crypto custody while also being a proprietary trading for crypto assets for German citizens thanks to the license they recently received from the German Federal Financial Supervisory Authority.

Additionally, according to a press release from the business, Bitpanda will be able to directly market services for crypto assets and maintain an order book with the license they have obtained. This will enable them to offer a secure and regulated environment to German customers, encouraging them to invest in a wider variety of cryptocurrencies.

Numerous regulators from around the world have been looking at the cryptocurrency industry since one of the largest cryptocurrency exchange platforms, FTX, collapsed. A member of the European Union, Germany recently completed a thorough framework for regulating cryptocurrency issuers and service providers seeking to conduct business in any of the other 27 EU member states.

The European Union’s Markets in Crypto Assets (MiCA) should be the gold standard for cryptocurrency regulation, according to Stefan Berger, the German lawmaker in charge of guiding the draft legislation through the European Parliament. However, the aforementioned MiCA won’t go into effect until 2024, and nations like Germany and France will continue to issue local regulatory licenses. Nevertheless, the report claims that Germany will begin reducing the local regime in advance of MiCA.

According to reports, Bitpanda was the first fintech unicorn in Austria and has regulatory approval in a number of European nations, including Austria, France, Italy, Spain, the United Kingdom, the Czech Republic, and Sweden. According to a statement made by Bitpanda’s co-founder and CEO, Eric Demuth, the German license took months to obtain and required strict asset separation between the company’s and its customers’ accounts. He continued by saying that this was not always the case, apparently alluding to allegations that FTX had used customer funds improperly to make risky trades.