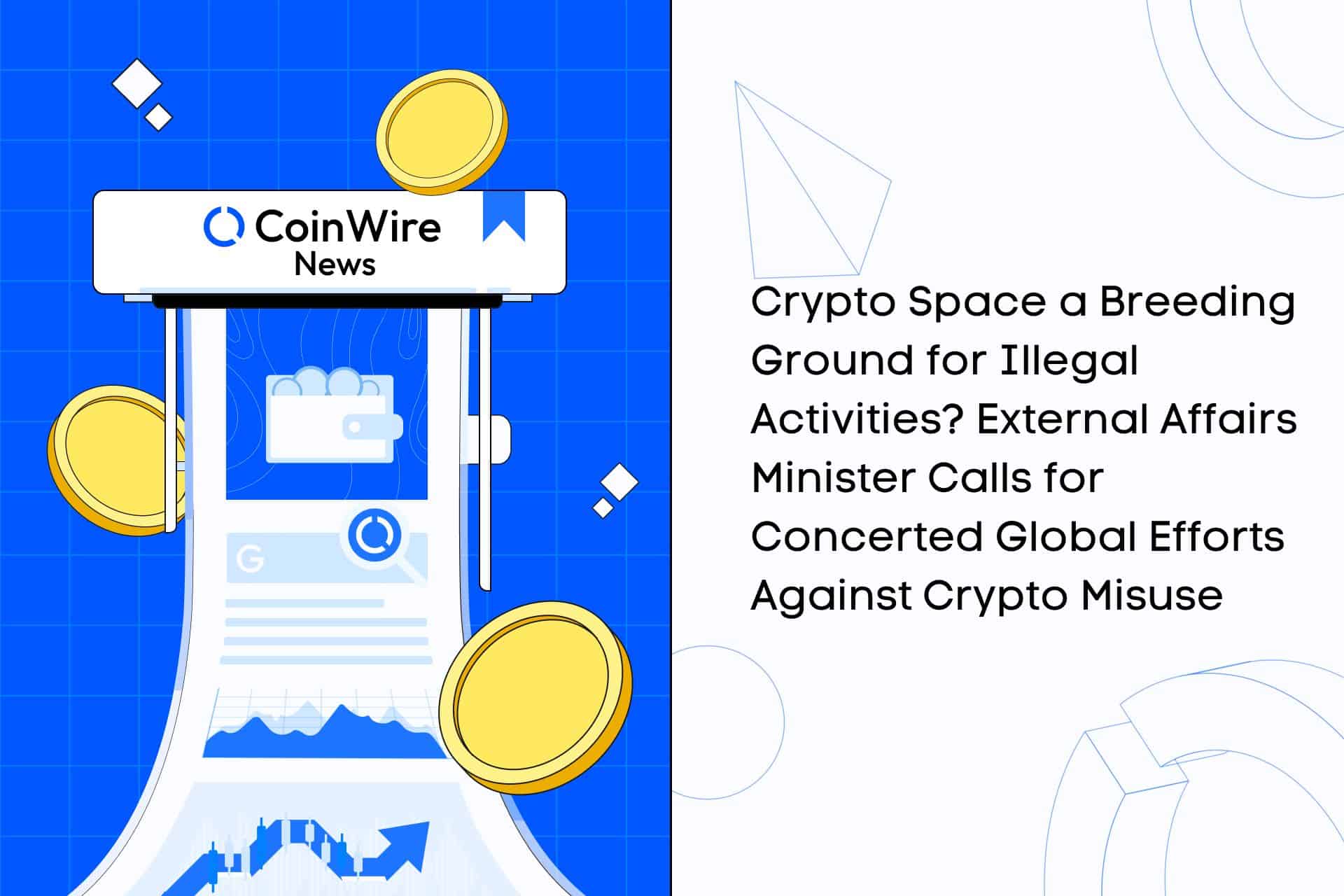 S. Jaishankar, India’s minister of external affairs, stated on Saturday, October 29, that there needs to be a restriction on the abuse of new technologies as “non-state actors” are starting to draw attention to their use of cryptocurrencies and encrypted messaging.

The information in Jaishankar’s speech was known to many state regulators because the government frequently emphasized the risks posed by the aforementioned new technologies. One of these was the statement made by the finance minister, Nirmala Sitharaman, who also urged a global alliance to take action against the use of cryptocurrencies to fund terrorism.

Svetlana Martynova, the UN’s coordinator for countering terrorism financing, asserts during the same meeting that terrorist groups that have been cut off from the “formal financial system” have turned to the cryptocurrency market to fund their heinous acts.

Amit Shah, the Indian home minister, revealed that those who support drug smuggling and terrorism in his country use the dark web and cryptocurrencies while speaking at a regional conference on drug trafficking and national security.

Jaishankar said at the UN Security Council’s Counter-Terrorism Committee’s special meeting that these technologies, such as virtual private networks, message encryption apps, blockchains, and digital currencies, have presented new difficulties for regulators and governments alike because they are vulnerable to abuse by so-called non-state actors. Furthermore, he noted that the regulatory framework for these technologies is still developing.

Furthermore, he asserted that popular social media sites and the internet have been “powerful instruments in the toolkit of terrorist and militant groups” for disseminating their disinformation, radicalization, and conspiracy theories meant to undermine societies.

Where he went on to say that terrorist organizations, lone wolf attackers, and their “ideological fellow-travelers” in open and liberal societies have greatly increased their capabilities as a result of these new technologies. He further asserted that these non-state actors are using resources like money and technology to undermine progress, tolerance, and freedom.

He then claimed in his closing remarks that various security agencies around the world are now facing a new challenge as a result of these technological advancements. And that there is a good chance that it will be used as a weapon by terrorists to attack the infrastructure, commercial, and strategic assets of the society. Then he called for an international alliance to stop the misuse, and he reaffirmed India’s commitment to stepping up efforts to stop the use of new and emerging technologies for nefarious purposes.

Many state regulators were aware of the information in Jaishankar’s speech because the government has frequently highlighted the dangers posed by the aforementioned new technologies. One of these was the statement made by Nirmala Sitharaman, the finance minister, who also called for a global coalition to crack down on the use of cryptocurrencies for financing terrorism.

The International Monetary Fund (IMF) MD Kristalina Georgieva and other well-known figures have backed India’s repeated calls for international regulations for the cryptocurrency industry. However, it is known that the Reserve Bank of India is developing a national digital currency (CBDC).

Despite these innovations from the Reserve Bank of India, it is claimed that the Center is balancing between outright banning and regulating such products. According to reports, digital currencies owned by Indians have been used by terrorist organizations like Al-Qaeda, the Islamic State, Hamas, and others. Additionally, drones were known to be weaponized in India, as demonstrated by the use of strikes against a Jammu air base.

These only serve to demonstrate that despite technological advancements, issues like those mentioned by the aforementioned representatives still need to be addressed by the government in order to strike the ideal balance between innovation and abuse.

Svetlana Martynova, the UN’s coordinator for countering terrorism financing, claims that terrorist organizations that have been shut out of the “formal financial system” have turned to the cryptocurrency market to raise money for their heinous deeds.

These remarks were made during a speech at the same “Special Meeting” where India’s External Affairs Minister S. Jaishankar called for a global coalition, which was hosted by the UN’s Counter-Terrorism Committee (CTC). The purpose of the aforementioned meeting was to combat the use of “new and emerging technologies” by terrorists.

Martynova went on to say that although cash and hawala—the traditional method of money transfer used in South Asian and Arab nations—have been the “predominant methods” of financing terrorism, this is changing as the environment and trends around them do.

She went on to say that these technologies, including cryptocurrencies, have been used to create abuse opportunities. Where she asserted that when terrorists chose to buy or invest in something with anonymity, cryptocurrency advances them in the hopes that they will not abuse it.

Martynova asserted that the main obstacle to the UN’s handling of this issue at the international level would be persuading the nation-states to accept its regulation. She went on to say that while some nations have already announced their intention to regulate and address these problems, they are still far from “successfully enforcing that regulation” in order to deter malicious non-state actors.

Drug Smuggling in the Crypto Space

In a regional meeting on drug trafficking and national security, the Indian Home Minister Amit Shah reported that the dark web and cryptocurrencies were being used by those who support drug smuggling and terrorism in his nation.

According to her report, there were 152% more drug smuggling cases in the region between 2014 and 2022 than there were between 2006 and 2013. This occurred as three unnamed Indian cryptocurrency exchanges were allegedly used to facilitate illegal drug transactions, which the Indian authorities are looking into.

A senior government official claimed that the aforementioned unnamed Indian cryptocurrency exchanges helped people buy and sell drugs. The alleged transactions, which are said to have taken place over more than three years and were worth a total of $3.4 billion,

According to a recent report, the Department of Justice officially accused a drug trafficking organization of using cryptocurrencies to launder more than $5.35 million for the distribution of fake pharmaceutical pills and other controlled substances.

A federal judge claimed that John Khuu, 27, of San Francisco, California, and a few others conspired to use cryptocurrency to launder money from drug sales. Furthermore, the distributed controlled substances to people across the country by using the dark web as their marketing portal.