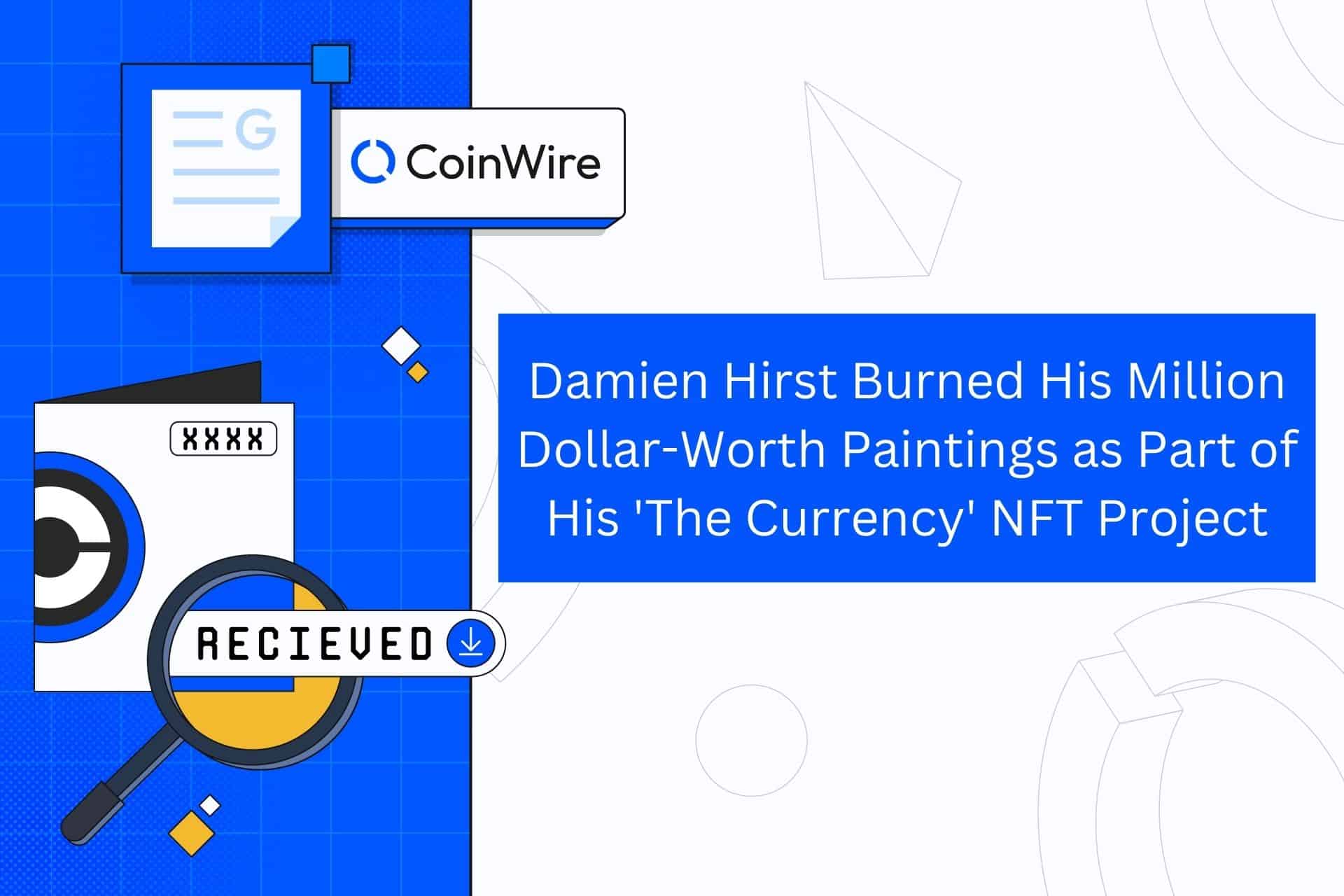 After the respective owners elected to maintain the NFT version, British artist Damien Hirst started burning the physical copies of his artworks that had been converted to NFTs. 4,851 of the 10,000 paintings in this collection were destroyed in the fire.

Damien Hirst, an English artist, entrepreneur, and art collector, sold thousands of NFT versions of his famous spot paintings in 22021. He allegedly gave buyers the option of keeping the digital art or exchanging it for the original physical work. Those million-dollar NFTs have reportedly been burned, and the physical ones have also been set ablaze.

The British artist began to gain notoriety in the industry back in the 1990s when he won a Turner Prize with an installation of a bisected cow and calf in formaldehyde. The artist started burning his million dollar paintings as part of his venture in testing out the value of physical paintings versus digital works, where he was found to ask “Who’s to judge what’s right and wrong and what’s real and not?”

In 1986, when he is said to have completed over 1,000 spot paintings, Damien Hirst began working on his Spot paintings. The aforementioned paintings received numbers and individual titles.

Machine learning was used to extract the names from Hirst’s favorite song lyrics, guaranteeing that no two of the aforementioned paintings are the same and that no two dots in a single painting are the same color.

The successful applicants were given a random token for $2,000 last summer, and owners subsequently exchanged their tokens on the secondary market. After more than a year of trading, the respective owners were able to redeem their tokens. Each individual painting was tied to an NFT.

The report states that 5,149 collectors who choose to exchange their tokens for actual artworks have already received them. However, the owners’ actual copies of the NFTs were initially intended to be burned.

Recently, this plan was burned when the paintings’ creator did the same. He created 10,000 pieces, of which he retained 1,000 for himself. In a tweet, he said that determining what to do with his piece had left him with “head in a spin.”

He also debated whether the physical or digital versions would be worth more. that supports the initiative. In which he acknowledged that he had no idea what the future will bring or whether the physical art created by NFTs will be more valuable, but he also said that the project’s potential goal might be reached through art.

Collectors had the option of purchasing one of the 10,000 pieces containing Hirst’s well-known spot prints in physical form (which was a great deal for $2,000) or in a digital form through the NFT. The relevant owners have a year from the date the NFT replica of the paintings was published to decide whether to maintain the digital assets or exchange for the physical form of it.

5,149 physical components of the experiment’s output will be preserved, but its NFT duplicates will be erased. While the accompanying physical painting will be burned, 4,851 NFTs will continue to exist in the digital realm.

The unpicked paintings have begun to be burned in the Newport Street Gallery near Vauxhall, south London, by Hirst, the experiment’s respective painter and brain. This burning session is anticipated to persist for a few weeks.

According to the British artist, burning his paintings is not what it seems to be for him; instead, he sees fire as altering them. But he also asserted that he belongs more to the world of physical art and has yet to fully understand the digital one.

The 10,000 paintings at the exhibition, including the ones that were chosen to be retained, are all represented by charred paper from the first day’s session of burning the aforementioned physical copies, the article claims. The spaces that the burned artworks once filled in the gallery are now empty rectangles.

Different factors led the respective owners to choose to maintain their paintings or digital assets. Similar to Zaheer Raffeeq, a 28-year-old Londoner who chose to keep a tangible Hirst painting.

He claimed that NFTs are relatively new to him and that he wanted something he could hold in his hands. He continued by saying that he would take too much danger by participating in an NFT.

Furthermore, he notices that those who choose the NFT think it’s great, but when he fears that Hirst will destroy his art, he knows he made the right decision. He just responded, “I guess I would have thought the same way if I’d had the NFT,” when asked about missing the chance to have more money once the value of the NFTs rose.

Another user claims that while he won’t be able to bring his wall with him so that he may display the artwork, he always has his phone with him. In addition, the NFT market has been flourishing recently, so who knows? Once the physical copies are burned, the price of these NFTs might soar.