Deposits are Coming Back to Binance But It Still Remains on Rough Patch, CEO Remains Optimist 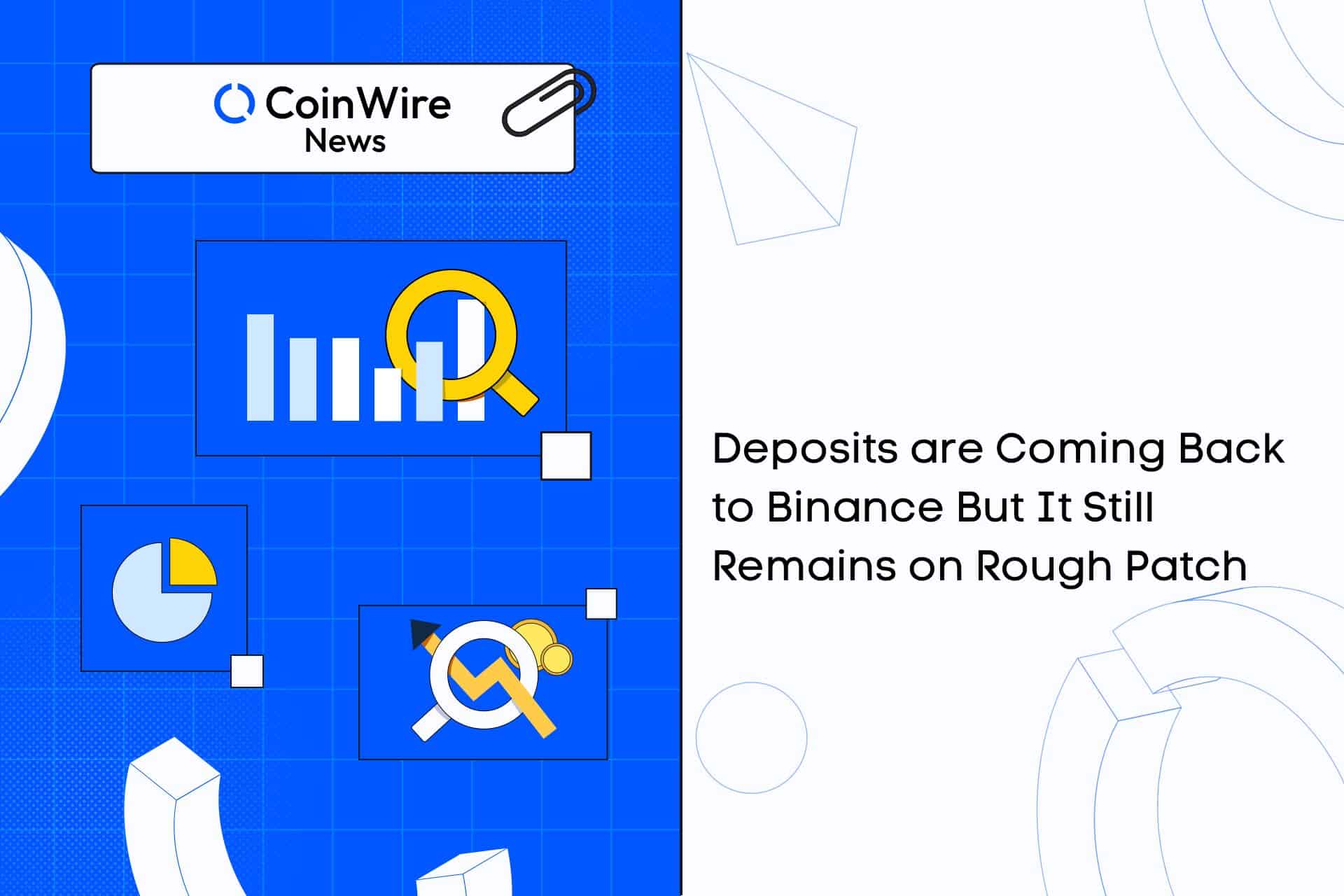 The CEO of Binance, Changpeng Zhao, stated last week that things had already stabilized on the biggest cryptocurrency exchange platform in the world. This statement was intended to reassure their investors, who had been experiencing anxiety since the platform had stopped allowing withdrawals of stablecoins.

Last week, a day before that announcement, the platform saw approximately $1.14 billion in net withdrawals, according to the CEO. Although this was a significant sum, the CEO went on to say that it wasn’t among the top [five] withdrawals that we processed.

In the same week, the CEO declared that Binance would be receiving its deposits back. The CEO of Binance claimed that the temporary suspension of withdrawals was required because some currency swaps had to be routed through an unnamed bank in New York that wasn’t open. At the same time, Binance was conducting “token swaps” while holding temporary withdrawals on the USDC stablecoins. During the platform’s eight hours of downtime, withdrawals were resumed.

The fall of what was once one of the largest cryptocurrency exchange platforms, FTX, and the arrest of the “crypto genius” and its then CEO “Sam Bankman-Fried,” who is now facing federal criminal charges, are said to have caused investors’ fears and doubts to grow.

The CEO went on to say that recent withdrawals from Binance were indeed larger than usual, making it an interesting development to watch, but he insisted that it was very different from what happened to FTX.

The CEO also projected strength internally, pointing out that Binance has assets worth roughly $60 billion on its exchange and characterizing the current withdrawals as a “small portion.” Whereas he said that they anticipate the coming months to be challenging, he gave the assurance that they would get through this difficult time and that they would emerge from it stronger.

Investors have urged Binance to be more transparent in light of the current state of the market and the abrupt suspension of withdrawals. The proof of reserve that Binance provided appeared to show a reserve ratio of 101%, indicating that they have sufficient assets to cover customer deposits.

In which, a number of detractors claimed that the aforementioned proof of reserves did little to reassure Binance’s collateral. The five-page proof of reserves issued by Binance by Mazars states that the company “does not express an opinion or an assurance conclusion.”

The CEO of Binance then asserted that user asset reserves are held one-to-one by the company. In the “next couple weeks,” he continued, they intend to release another batch of proof of reserves.

The CEO of Binance, Changpeng Zhao, attempted to allay concerns about the company’s financial standing by asserting that they would survive the current crypto winter in light of everything that has been happening.

The crypto tycoon continued by expressing concern about the coming difficult months. The aforementioned memo, which sought assurance, was sent one day after Nansen reported that the platform had seen withdrawals totaling $3 billion.

The CEO once stated in a tweet that it was crucial to “stress test” withdrawals before claiming they had stabilized. After the demise of its rival exchange platform, FTX, and the arrest of its former CEO, Sam Bankman-Fried, the largest cryptocurrency exchange platform in the world has been struggling.

Sam Bankman-Fried, formerly the world’s richest person under 30, has been detained in the Bahamas at the U.S. government’s request. Damian Williams, the federal prosecutor in charge of the case, claimed that the disgraced businessman had committed “one of the biggest frauds in American history” as he was seen leaving the courtroom in handcuffs.

Several U.S. federal prosecutors are reportedly considering charging Zhao with a crime, though the investigation has not yet come to a firm conclusion. Zhao, on the other hand, denies “FUD” to allay users’ worries.