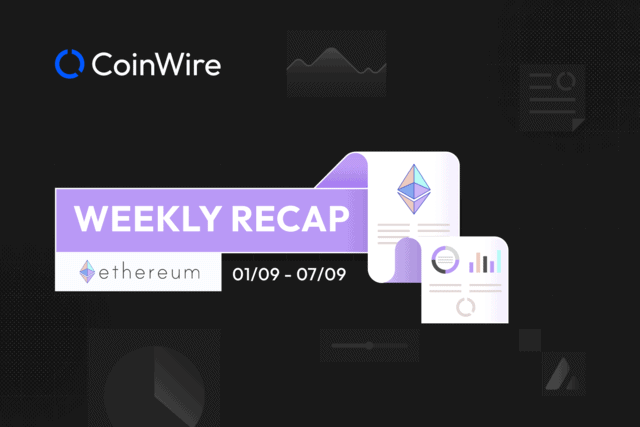 Ethereum Ecosystem is making progress daily, so we hope you do not even miss any updates from the past week. Here is a recap of the Ethereum Weekly Ecosystem.

Can’t you wait for the upcoming launch of The Merge? Let’s get into some analysis, news, and data with Ethereum Daily in this newsletter!

The current circulating ETH is 120M, whereas 13.4M is locked. It can be seen in the data provided by Nansen that Lido received more than 4.15M stETH. The nearer the upcoming launch of the Merge, the more attention from investors.

The Merge is one of the most significant and anticipated upgrades in the history of Ethereum, and although in the long-term its impact will be felt by everyone, in the near term some folks will need to take action to be fully prepared.

The Merge represents the joining of the existing execution layer of Ethereum (the Mainnet we use today) with its new proof-of-stake consensus layer, the Beacon Chain.

It eliminates the need for energy-intensive mining and instead secures the network using staked ETH.

To be more specific, Arbitrum/Optimism is now at 30% of ETH daily transactions

Over 71% of all Ethereum nodes are ready for the Merge

As many as 71.5% of Ethereum nodes are now marked as “Merge ready” ahead of the upcoming Bellatrix upgrade for Ethereum on September 6, according to data from Ethernodes.

However, with as many as 26.5% of nodes marked “Not-Ready” for the Ethereum Merge, Ethereum co-founder Vitalik Buterin and core developer Tim Beiko and has taken themselves to Twitter to push the remaining node operators updates their clients.

According to Ethernodes, most of the “Not-Ready” nodes are found on the geth client, who have yet to upgrade to Geth v1.10.23 or higher.

According to the Ethereum Foundation, Ethereum users do not need to do anything with their ETH and Ethereum-based assets during the Merge but should be on the lookout for scams that suggest otherwise.

The transition from Proof-of-Work (PoW) to Proof-of-Stake (PoS) will happen when a pre-announced total difficulty is reached by the chain. This is different from other forks which usually occur at a certain scheduled block number. The total difficulty threshold that will trigger the Merge is also known as the Terminal Total Difficulty (TTD).

This means the Ethereum PoW network now has a (roughly) fixed number of hashes left to mine.

bordel.wtf also predicted the merge would happen around September 15th, 2022 though the exact date depends on hashrate.

To sum up, from the on-chain statistics, it can be seen that there are many good signals for users to accumulate for joining the Ethereum ecosystem. In fact, it cannot be denied that Ethereum has proved itself in the cryptocurrency market since 2016 to be the top leading coin.

The Ethereum ecosystem is continually happy to be expanding and improving, regardless of how the market is performing. a summary of Ethereum’s achievements in general and important projects in particular.

Ethereum is closer to The Merge than ever before. It won’t be long before Proof of Stake is implemented.