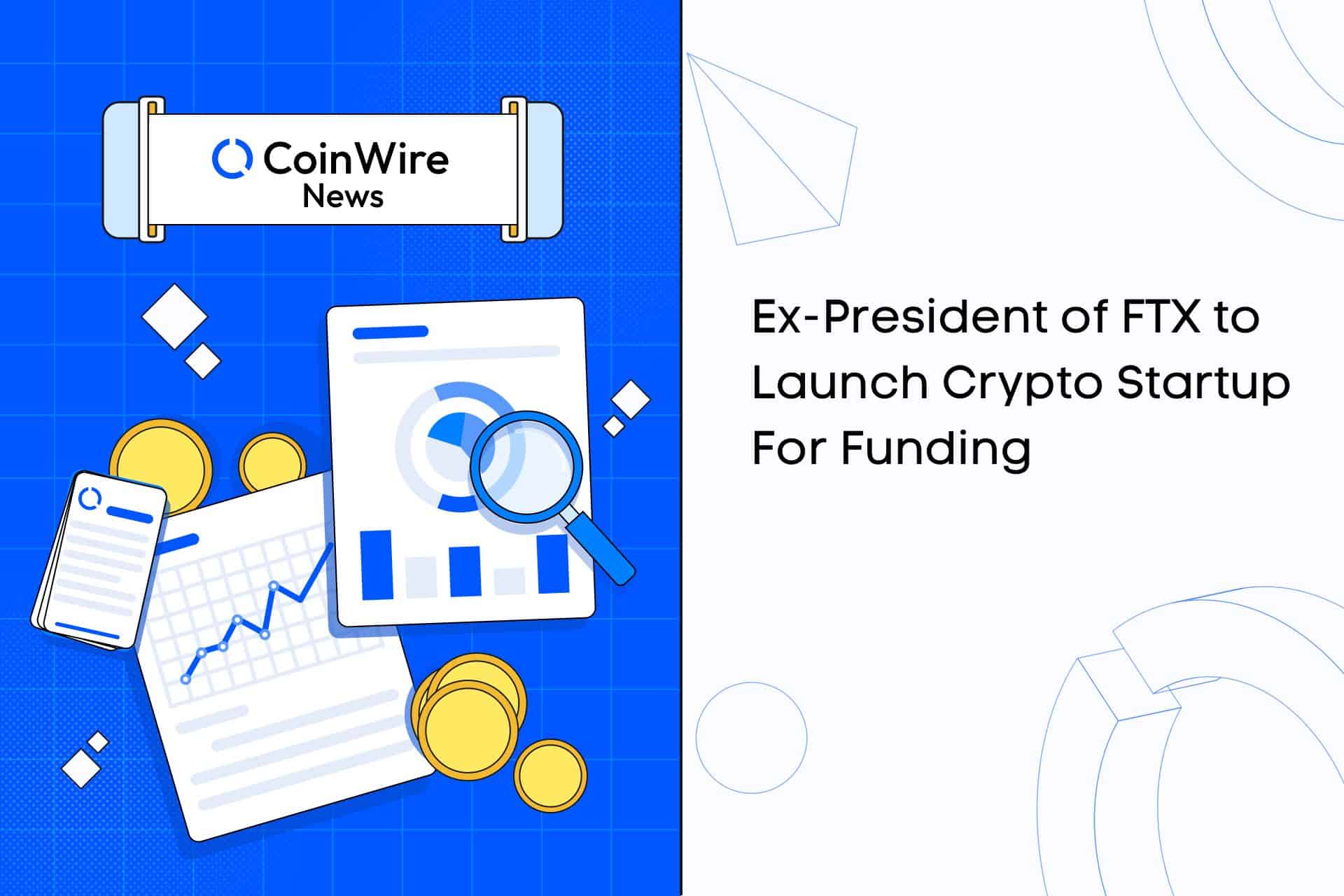 A month after FTX, along with the alleged “crypto genius” Sam Bankman-Fried and 130 affiliated companies, fell to the ground, one of the biggest cryptocurrency exchange platforms. According to reports, a former senior executive of the exchange is looking for investors to fund the creation of a cryptocurrency startup.

The former president of FTX US, Brett Harrison, is looking to raise $6 million to launch a start-up that will reportedly develop cryptocurrency trading software to help investors. In which case Harrison’s funding round would be based on a valuation of $60 million.

The exchange platform’s former president, who had transitioned into an advisory role, announced his intention to leave his post before September comes to an end. This was discovered a month prior to the platform’s alleged collapse, which has shielded Harrison from accusations of having a direct hand in the misappropriation of users’ money.

Harrison said he was surprised and saddened by how much Sam Bankman-Fried, the CEO and founder of FTX, and his cohorts were able to accomplish through their deception following the aforementioned fall of FTX last November.

Aside from the fall, FTX was reportedly hacked shortly after declaring bankruptcy, with the hacker gaining access to some of the exchange’s funds and making active attempts to steal the funds. The aforementioned hacker was later discovered using a Bitcoin mixer to transfer some of the stolen money to OKX.

TX Japan is one of the 130 affiliated companies that were affected by the aforementioned bankruptcy and is reportedly already drafting a plan to return client funds. According to Japanese regulations, the relevant company confirmed on the first of the month that the user assets were separate from the exchange’s assets. The company claims that their current priority is to restore withdrawal capabilities, and they plan to achieve this by the end of 2022.

In the wake of the FTX collapse, Genesis, the digital asset trading group, and Digital Currency Group, its parent company, are said to owe Gemini, the cryptocurrency exchange run by the Winklevoss twins, $900 million.

The twins Tyler and Cameron Winklevoss are in charge of the cryptocurrency exchange platform Gemini in New York. The aforementioned platform is reportedly working to recover its funds after Genesis was reportedly caught off guard by Sam Bankman-collapse Fried’s of his crypto empire, FTX, last month. The situation of several other exchange platforms that are at the epicenter of the credit crunch in the industry is highlighted by Gemini’s attempt to recover funds.

In Gemini’s “earn” program, which allows retail investors to lend out their coins in exchange for a set stream of returns, Genesis is widely recognized as the company’s principal partner. Gemini already stopped taking withdrawals just last month after Genesis complained that it lacked the liquidity to fulfill all of its redemption requests due to the “unprecedented market turmoil.”

In order to recover the funds from Genesis and its parent DCG, Gemini has reportedly now established a creditors’ committee. The aforementioned creditor committee is already in negotiations with Barry Silbert-owned Genesis and DCG. Genesis, on the other hand, was noted to have had difficulty securing funding and even hired investment banking firm Moelis & Co to assist it in exploring all options.

In exchange for a loan in dollars that they could use, Celsius, the cryptocurrency lending platform, promised to let investors store their holdings with the company. Sadly, that’s not what actually happened.

According to reports, the aforementioned lending platform managed $12 billion in assets a year ago. However, Celsius filed for bankruptcy in July after the collapse in cryptocurrency prices triggered a liquidity crisis that affected the entire industry. There were numerous loan holders who each had more than $812 million in secured assets locked up on the platform.

According to newly disclosed bankruptcy records, the aforementioned lending platform did not give back collateral to borrowers even after they had paid back their loans. According to reports, the creditors are currently working through the bankruptcy process in an effort to at least partially recover their money.

Good news was delivered to the aforementioned creditors last Friday when the lending platform announced that Galaxy Digital would purchase its GK8 asset custody platform. According to David Adler, a bankruptcy attorney at McCarter & English who is representing Celsius creditors, the proceeds from this transaction must be used to cover legal costs; however, there may be money left over for former customers.

In addition to this, there is reason for optimism because Celsius’ lending portfolio will be put up for bid later this month. The company would probably have a chance to repay its customers and then obtain the release of their collateral if another company bought the loans.