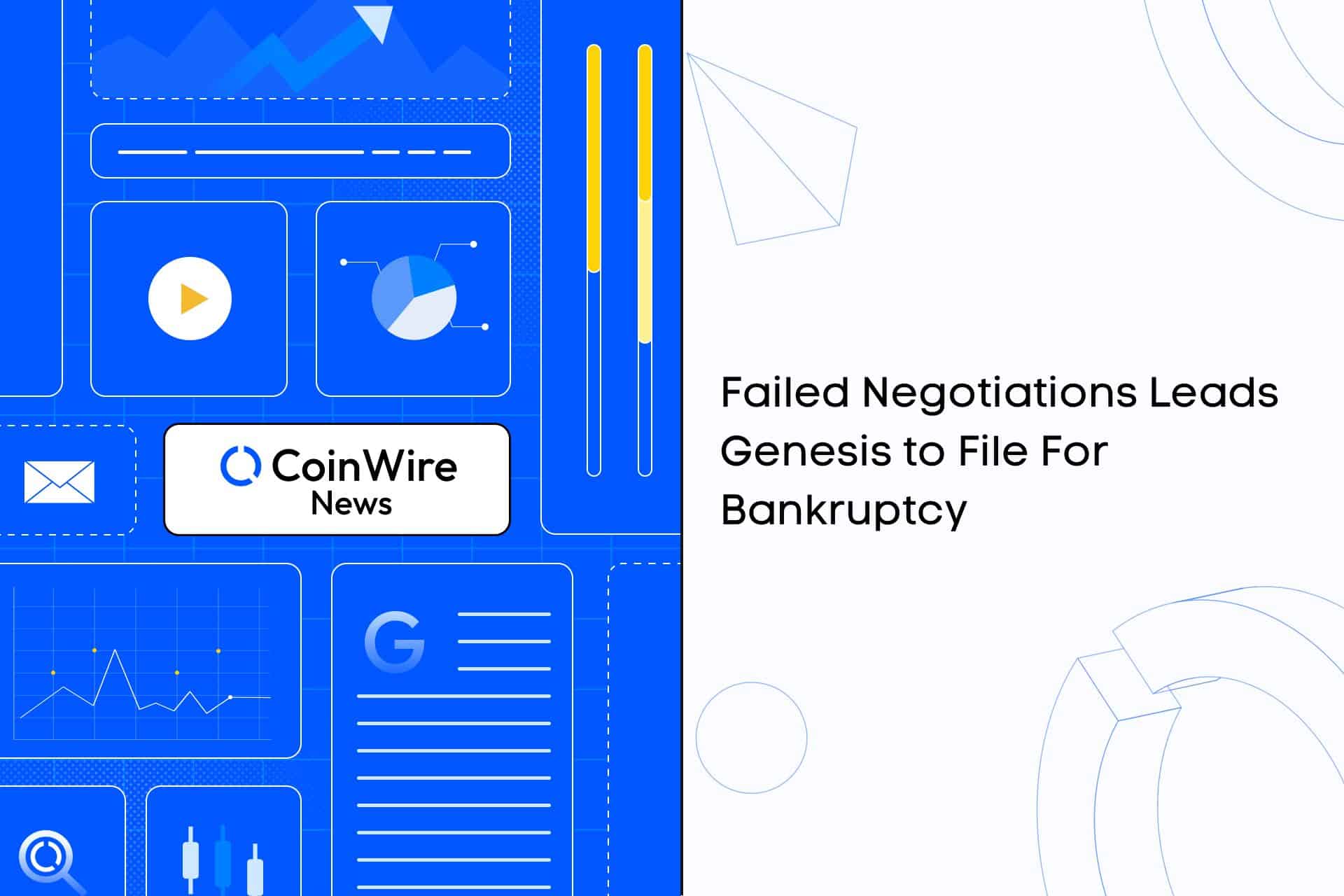 Genesis, a fully owned subsidiary of Digital Currency Group and a crypto lender, is currently on the verge of declaring bankruptcy after failing to advance in its negotiations with its creditors. According to numerous sources, the respective cryptocurrency lender is anticipated to declare bankruptcy this week.

A separate report, Genesis and its creditors are already talking about filing for Chapter 11 bankruptcy. According to the proposed arrangement, the creditors would consent to a forbearance period of around a year and a two-year payment delay in exchange for cash and stock from DCG.

The Digital Currency Group is currently thinking about selling some of its venture portfolio’s assets. More than 200 cryptocurrency projects, including Coinbase and Circle, which create USD stablecoins, are included in the aforementioned portfolio. In an effort to make up for Genesis’ shortcomings, this idea was given some thought.

The Digital Currency Group informed its shareholders that dividend payments would be suspended until further notice due to the present difficulties at Genesis. The aforementioned notice was contained in a letter.

In the aforementioned letter, Digital Currency Group highlighted the present market climate as the driving force for their decision to reevaluate their strategy and narrowly concentrate on bolstering their balance sheet by cutting operating costs and maintaining liquidity. It ultimately resulted in their suspending payouts.

Dispute Between Genesis and Gemini

Genesis presently holds customer assets from its Gemini Earn program totaling more than $900 million, according to Gemini, a cryptocurrency exchange platform. Since Genesis stopped allowing withdrawals, users have been unable to access the aforementioned amounts.

Due to this situation, co-founders of Gemini Tyler and Cameron Winklevoss and CEO and founder of DCG Barry Silbert engaged in a public Twitter argument. The Winklevoss brothers even called for Silbert’s resignation as a result of the lengthy argument, which lasted for a few weeks.

After that, there were several weeks of negotiations between the businesses and the creditors.According to reports, Genesis and Gemini were both charged by the US Securities and Exchange Commission just last week for selling unregistered securities in connection with Gemini Earn.