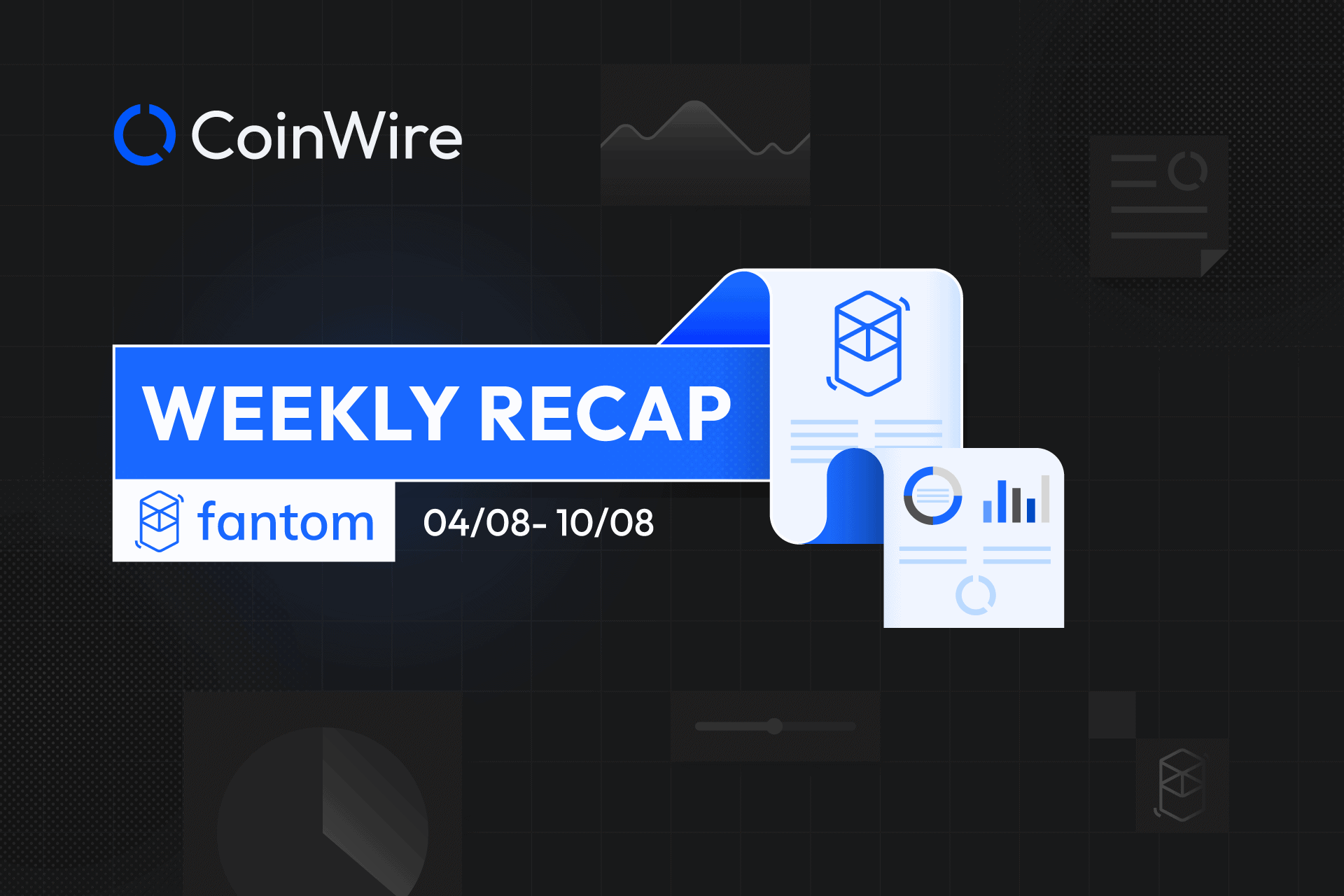 Fantom and the Fantom ecosystem are always growing and moving forward. To help you not miss any news & movements of the ecosystem in the last 7 days, here is your Fantom Weekly Recap.

The bullish signal from the cryptocurrency market also leads to some on-chain data of Fantom following the trend. The Fantom Opera network maintains a relatively high active user & daily transaction, which proves our chain is still very active & the faith of Fantomians is still on despite any market sentiments!

After going sideways in the range of $0.36 to $0.39, FTM has had a breakout out of this accumulation zone as well as above the resistance at $0.39 and rallying to the highest point recording at $0.4172.

This breakout was affected by the announcement of the U.S CPI in July, which is at 8.5 – lower than the expectation. This is the positive news as the inflation may have peaked, and this news leads to the whole market being bullish.

Can we expect a short-term bull run for FTM after this breakout?

With the fact that last week was a bullish week for the market in general and FTM in particular, many tokens on the Fantom ecosystem have also increased in price. The Top 3 Price Gainers on Fantom of this week are Magic Craft, Solidly & Popsicle Finance.

Blockdaemon will allow Fantom to expand its node-service offerings significantly. They provide a solution to builders and validators who want to avoid the time and cost expenses associated with node maintenance.

Borussia Dortmund is one of the biggest & most traditional football club in the world.

This Champion Partner will provides Hector Network massive mainstream exposure through the team’s live televised matches, merchandises, enormous social media presence and over 270 million worldwide fans. A partnership of this magnitude opens many further business opportunities for Hector Network in the future.

Felix Exchange – the one and only CEX on the Fantom Ecosystem, is now LIVE on Mobile. Users now can download Felix.com app on Android – Google Play & IOS – Apple Store. Now users can:

Spooky Swap $BOO has been added to Hector Institute

Hector Institute is the lending & protocol belonging to the Web3 Ecosystem from Hector Network, powered by Ola Finance. Another great lending platform for Fantom users!

Users are now able to supply and borrow $BOO – the native token of Spooky Swap, the biggest DeFi protocol on Fantom. There are already over $500k in $BOO supplied on Hector Institue – an unbelievable number for a new lending protocol.

Fantom Foundation has just released a new governance proposal, in purpose to reduce the validator/staking rewards.

Considering this current trend, the network is in a position of strength to provide a longer emission rate, enabling more time to take into consideration community feedback, internal analysis and macroeconomic conditions for the structuring of a post-emissions network.