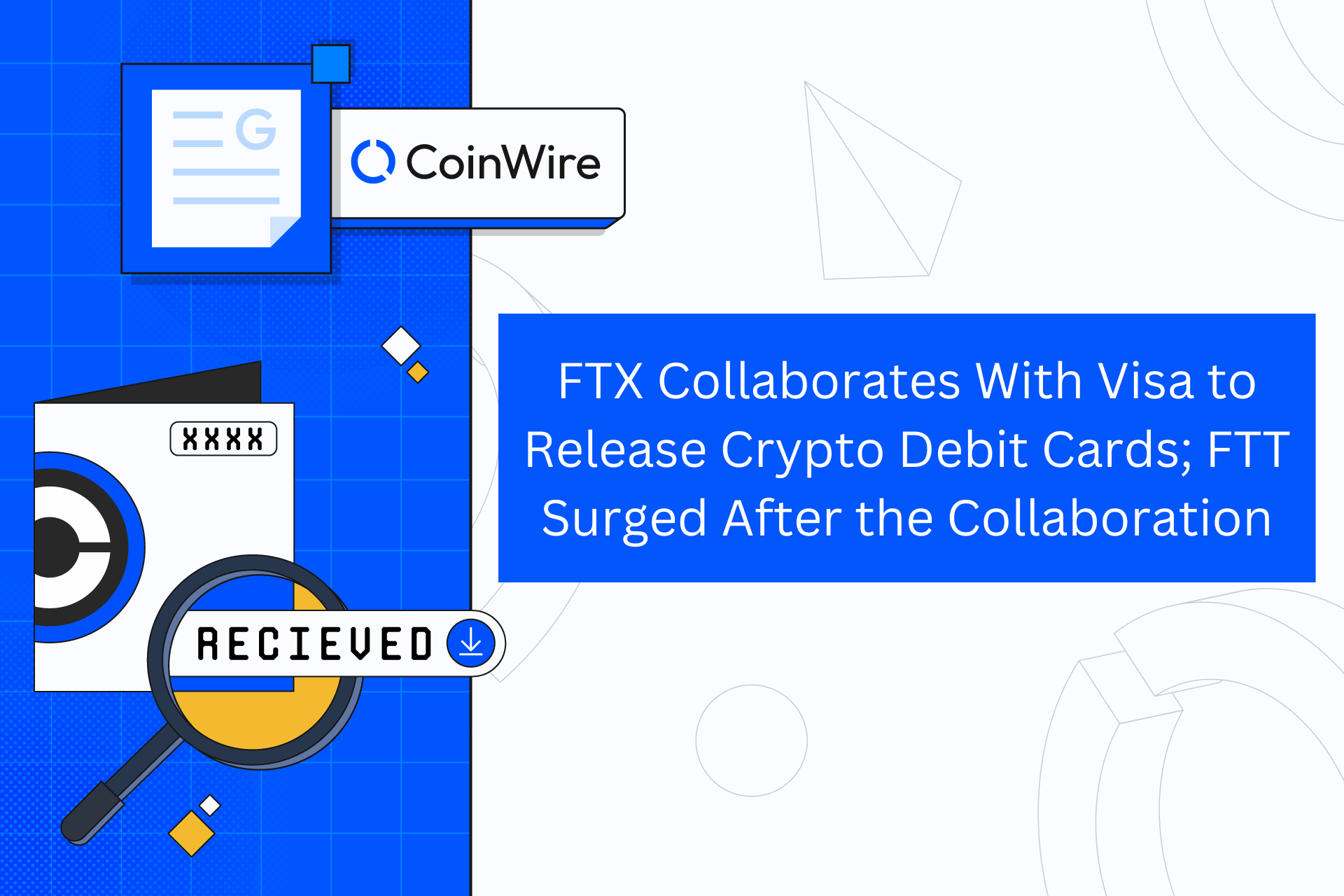 FTX has officially announced its partnership with Visa, with the goal of launching crypto debit cards in 40 countries. Following the announcement, the value of FTX’s native token, FTT, increased.

Following Mastercard’s announcement of Crypto ATMs, Visa has announced the launch of their debit cards in 40 countries worldwide. These announcements simply make it easier to spend your cryptocurrency on the open market.

The debit cards are the result of a collaboration between Visa and FTZ, one of the world’s largest crypto exchanges. This would allow FTX users to pay for goods and services using debit cards with “zero fees,” as well as free card ownership.

Sam Bankman-Fried, one of the most influential people in crypto, is said to be promoting his desire to launch an FTX debit card. His company’s new venture is said to be aligned with his views on the future of Bitcoin without a payment network.

Following the announcement, the native cryptocurrency of the FTX trading platform — FTT was seen to have spiked by 7%, reaching highs of $25.62, which is still a good sign despite being a little lower than its all-time high of $80.

FTT has reportedly been trading at a low since October 3, when it was at $23.91; however, following the partnership between Visa and FTX, which will launch debit cards in 40 countries primarily in Latin America, Europe, and Asia — the token’s price surged to $25.60 on Friday, October 7, but it also settled at $24.80 that afternoon.

The debit cards, according to reports, will allow users to spend their cryptocurrencies without going through an exchange. According to Visa’s CFO, Vasant Prabhu, the company is unable to determine the value of cryptocurrency or whether it is good or bad. Furthermore, he stated that as long as people want to spend, they want to make it easier for them to do so.

While the chief executive of FTX, Sam Bankman-Fried, claimed that this launch would be more valuable to countries other than the United States, as those countries reportedly have really poor alternatives for payment rails and a high demand for something better.

Aside from its collaboration with FTX, Visa has already announced collaborations with the cryptocurrency exchanges Coinbase and Binance.

Sheffield also allegedly claimed that this collaboration will have a significant impact on the crypto ecosystem. Aside from that, this collaboration has the potential to transition cryptocurrencies from a trading asset to a real-world use case.

In terms of how Visa will deal with cryptocurrency volatility, Sheffield stated that regardless of an asset’s price on any given day, consumers, entrepreneurs, and builders will remain interested. He also believes that as more developers enter the cryptocurrency space, more future payment options will emerge.

Coinbase and Visa announced their partnership in 2019, when they launched the Coinbase Card in the United Kingdom. The card enabled users to spend their cryptocurrency in the same way that they spent fiat currency in their banks.

The card was later made available in 29 other markets, allowing users to spend 10 cryptocurrencies in everyday transactions and even fund trips abroad via public transportation. Customers who signed up for the Coinbase card, according to the report, were able to use it on a regular basis.

This success enabled Coinbase to become Visa’s primary partner, allowing them to include more features in the Coinbase card as well as additional services in more markets. This has brought them one step closer to their goal of mainstreaming cryptocurrency as a genuine utility.

Binance has also announced that users will be able to use their Visa cards on their Binance accounts to directly purchase cryptocurrencies. To do so, users must go to the “Buy Crypto” page in their Binance dashboard and enter an amount in EUR or GBP. They will then click next and then “Add Card” to bind their Visa card. After successfully adding the card, users will be able to purchase tokens such as BTC, BNB, ETH, and XRP.