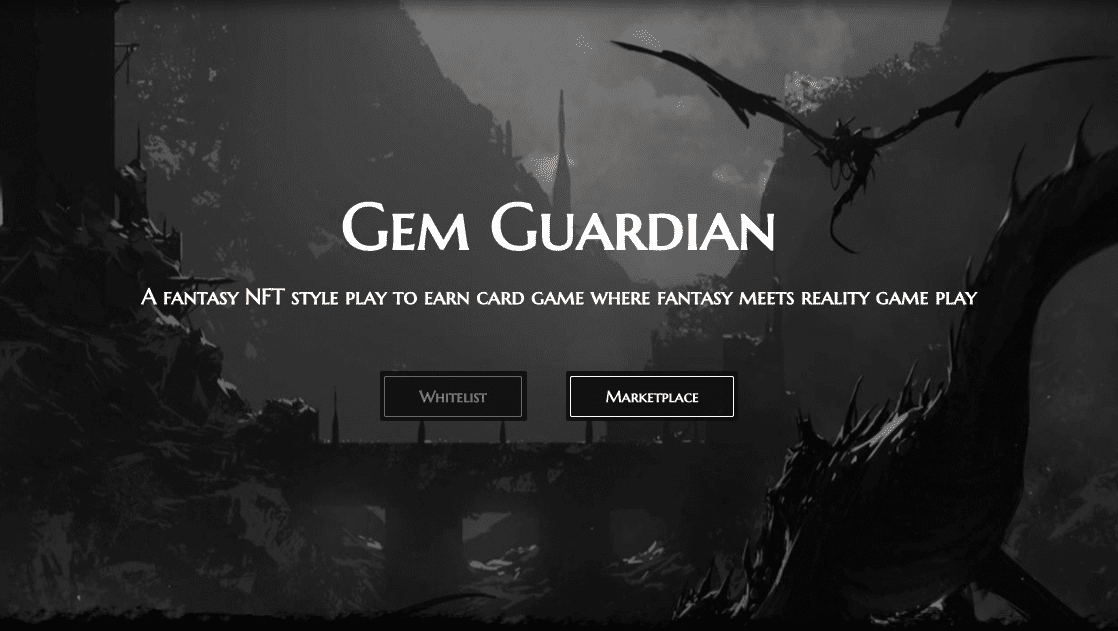 GemGuardian is an NFT-based card game that is predicted to create quite a buzz in the DeFi gaming community.

GemGuardians is a remarkable new NFT-based card game that runs on the BSC network and was created by the GemGuardian Games development team in the Philippines. The crux of the game centers around Guardians battling each other for Aura and leveling up the Guardian as well as increasing XP, Attack, and Defense to level up the dragon.

The advancement of both the Guardian and the Dragon will enhance the player’s chances of obtaining additional Gpay awards.

The GemGuardian envisions their idea as a real play-to-earn gaming environment. This ecosystem must be capable of not only facilitating blockchain development and evolving the basics of the DeFi economy but also of making staking and earning more enjoyable.

To separate equity and medium of exchange, GemGuardian employs a Dual Token scheme.

GEMG is the governance token that grants voting rights, profit-sharing through staking, and may be used for Lootbox purchases. GEMG is analogous to the stock of blue-chip firms that gain over time, with its utility boosted further by the monthly dividends they pay.

Gpay is the Dual token economy’s currency; it is used for transaction fees, burning, in-game prizes, and Lootbox purchases. To restore Gpay liquidity, GEMG tokens assign a significant percentage of the tokens as game reserves.

This strategy will maintain the governance token’s appreciation while channeling selling pressure to the economy’s currency.

Lootbox is a mystery gift box that players must first collect in order to get NFT characters of either a Guardian or a Dragon. Furthermore, certain Super Rare Characters may only be obtained by drawing from the box. To begin, you’ll need at least one Guardian and one Dragon, which means you’ll need to buy at least two Lootboxes.

The cost of a Lootbox is set at 2 GEMG + 300 Gpay tokens per box. Players can have a maximum of four NFT Character teams per account. Each time a Lootbox is used, the price of the next Lootbox Level rises, increasing the chances of drawing a Super Rare Character dramatically.

Due to the economic model and the large cash stream from Lootbox, GemGuardian can maintain a 500–700% APR in-game rewards and a 300%+ APR staking incentives without placing GEMG Tokens under selling pressure. These are results that have not been seen in the NFT Gaming industry on a continuous basis.

As a result, GemGuardian anticipates a massive flood of people purchasing GEMG in order to participate in this NFT Ecosystem. GemGuardian isn’t just a luxury; it’s a need, thanks to the token’s deflationary nature, long-term profitability, and stable GEMG pricing.

GemGuardian was designed to provide an upgraded play-to-earn gaming ecosystem in order to maximize each player’s gaming experience. The ecosystem’s three major services are introduced initially. More information is likely to be released in the near future.

The Marketplace will allow players to purchase and sell their Guardians and Dragons. All NFTs are divided into four categories: Guardian, Dragon, Element, and Rarity. Rare, fire, earth, wood, ice, and steel are the six elements. Sir Bors de Ganis, Dagonet, and Anrca are the three guardians. There are four different sorts of dragons: Longwei, Khalessi, Wyvren, and Scylla.

Spend Gemg and Gpay tokens to receive a surprise package containing a Guardian or Dragon. Those who are exceptionally fortunate may come upon Super Rare NFTs.

For players that wish to build up their Gemg holdings even while they aren’t actively playing. We provide a high APY staking pool for Gemg coins earned and purchased via exchanges.

On the BSC Network, GemGuardian is an interesting and lucrative fantasy-based NFT Card Game. They use the Dual Token economy to promote price sustainability while making the game interesting and profitable. The game is enjoyable to play and simple to earn, as users collect Guardians and Dragons to combat and gain in-game prizes that can be bet for a profitable APY.

Additionally, the appealing gameplay with a magical universe will undoubtedly captivate any player and keep them engaged throughout the game. The natural progression of characters, weapons, and armor adds realism to the game. Furthermore, players will like the game since it requires strategic planning to master and pursue victory.