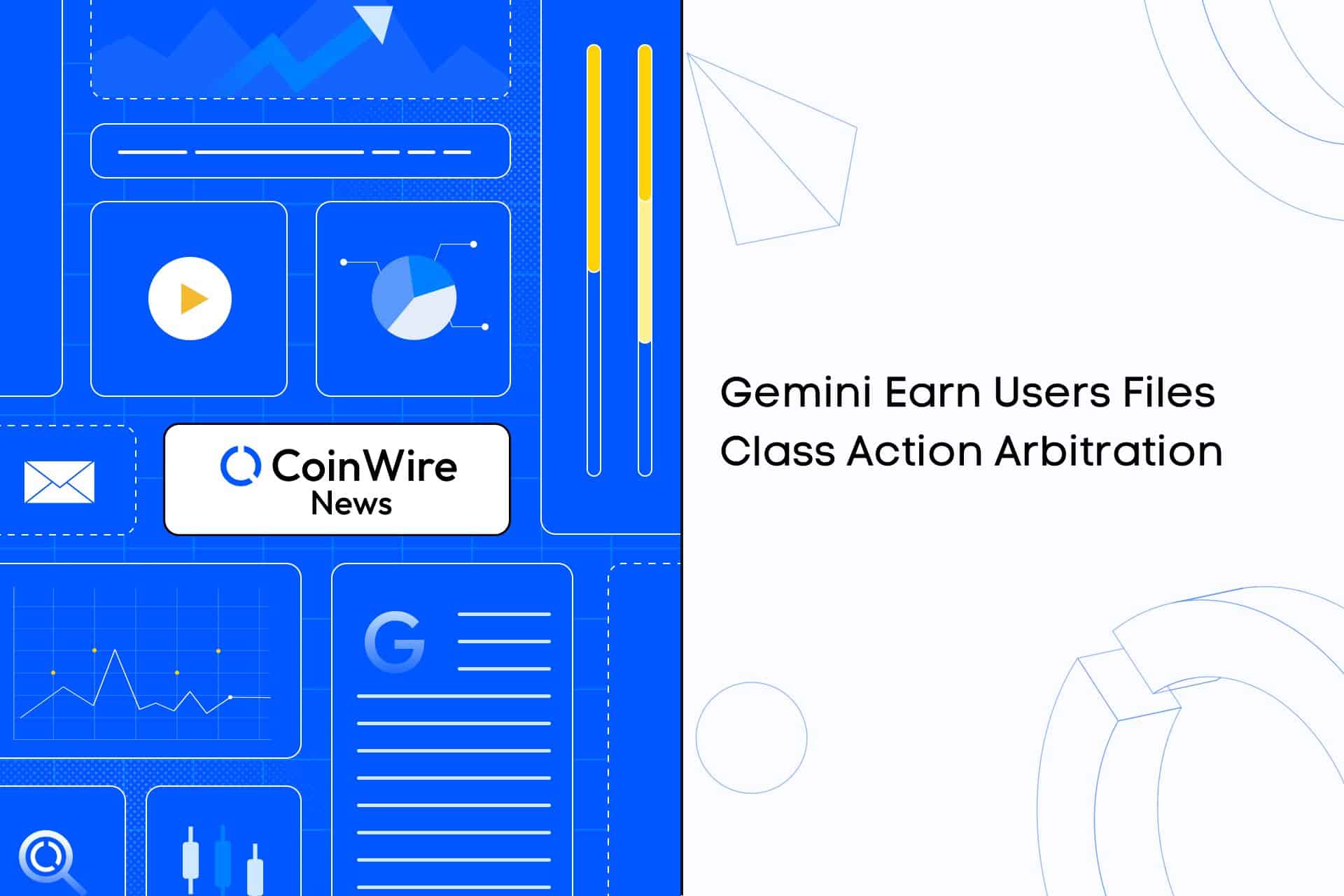 In light of Gemini suspending its Earn redemption program due to Genesis freezing withdrawals, some Gemini Earn users have filed a request for class action arbitration against Genesis Global Capital and Digital Currency Group.

Class-action arbitration is a dispute resolution process in which a neutral third-party arbitrator resolves disputes between the parties involved. It is frequently regarded as a viable alternative to a class-action lawsuit. The aforementioned arbitration process is known to be informal and voluntary. This may appear to be a minor point, but the arbitrator’s decision is final and cannot be appealed. As a result, the process may be faster and less expensive than a class-action lawsuit.

The Class-Action Arbitration Filed Against Genesis

In the aforementioned class-action arbitration, the respective claimants allegedly claimed that Genesis had failed to return their and all other Gemini Earn users’ digital assets as required by the firm’s and its users’ Master Agreements.

Furthermore, the claimants claimed that Genesis had already violated the said Master Agreement in the summer of 2022, when the company became insolvent and concealed the fact from its customers.

Furthermore, they claimed that Genesis engaged in a sham transaction with its parent company, Digital Currency Group, to conceal its insolvency, exchanging the right to collect a $2.3 billion debt owed to Genesis by the now-insolvent hedge fund Three Arrows Capital for a $1.1 billion promissory note due in 2033.

Another Class-Action Filed Against Genesis

According to a filing from the aforementioned class action, Genesis experienced financial distress as a result of a series of collapses in the crypto market in 2022, including the infamous FTX. The aforementioned difficulties have hampered the platform’s ability to return the crypto assets it borrowed from Gemini Earn investors.

According to the same class action, the platform refused to honor “any further investor redemptions, effectively wiping out all investors who still had holdings in the program, including plaintiffs.”

On the other hand, Cameron Winklevoss, the Gemini co-founder, and Barry Silbert, the CEO of the Digital Currency Group, were seen arguing on Twitter earlier this week. Where Winklevoss claimed Sibert used “bad faith stall tactics” over plans to resume Genesis withdrawals.

The collapse of FTX has shook the crypto industry, prompting Cameron Winklevoss to accuse fellow businessman Barry Silbert of “bad faith stall tactics” and the intermingling of funds within his conglomerate. Gemini Trust, a company founded by the Winklevoss twins, recently halted redemptions on Earn, a lending product.

It did so by lending them to Genesis Global Capital, a subsidiary of Silbert’s Digital Currency Group. The halt occurred in November 2022, when Genesis suspended both redemptions and new loan originations at its lending unit due to its exposure to FTX.

In the midst of things going south, Genesis has already warned their clients that it may take some time before things improve, and bankruptcy is also a possibility. In the midst of angry clients being locked out of their accounts and a pending lawsuit alleging fraud, Winklevoss issued an open letter earlier this week.

In the said open letter, he stated that he has already sent multiple proposals to Silbert, all of which are aimed at resolving the current issue. He then pointed his finger at Silbert, claiming that Digital Currency Group owed Genesis $1.675 billion. The loan was used for other commercial purposes within Silbert’s conglomerate.

Silbert then responded on Twitter, refuting several of Wilkevoss’s claims in his open letter. According to Silbert, Digital Currency Group did not borrow $1.675 billion from Genesis. He then claimed that his company never missed an interest payment to Genesis and is up to date on all outstanding loans.

Silbert’s claims were not supported by evidence. Furthermore, he claimed that Digital Currency Group sent a proposal to Genesis and Winklevoss’ advisers before the end of 2022, but received no response.

Winklevoss then asked Silber to “publicly commit to working together to solve this problem” by January 8, affecting more than 340,000 Earn customers. Winklevoss did not specify what would happen if an agreement could not be reached.