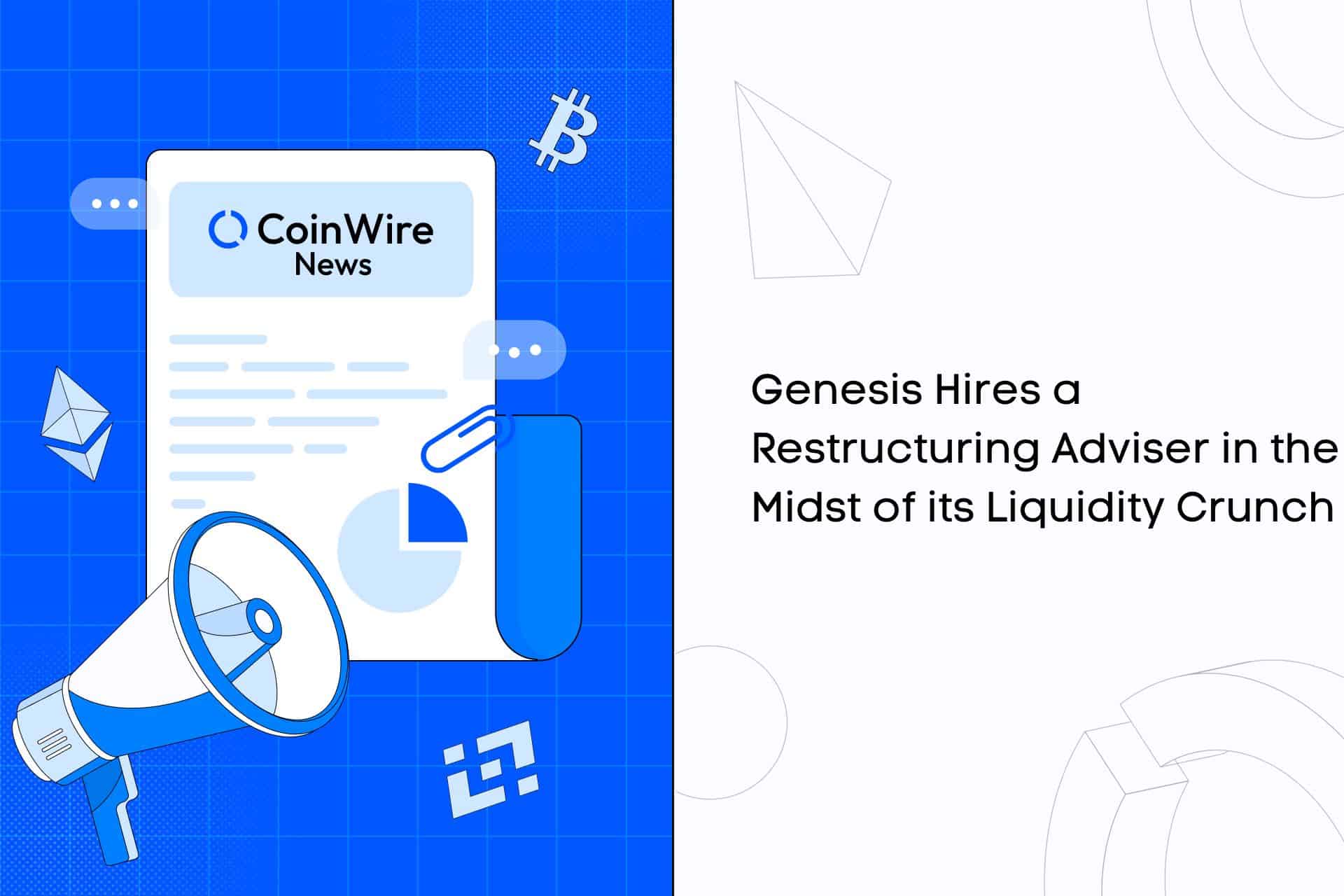 Genesis on the Verge of Collapse

A few days after the collapse of cryptocurrency exchange FTX forced it to halt customer redemptions, Genesis, the well-known cryptocurrency lender, made it clear that they had no plans to file for immediate bankruptcy on Monday, November 21.

The Digital Currency Group-owned brokerage made this announcement through an email statement, stating that rather than filing for bankruptcy, they would approach investors and clients to seek credits for recovery.

The recent news that the crypto lender firm was reportedly having trouble raising money for its lending unit, however, seemed to contradict this claim. Furthermore, according to the aforementioned report, Genesis was already warning its investors that it might need to file for bankruptcy if it cannot secure funding.

While a different report asserted that Genesis approached the cryptocurrency exchange Binance, where the latter was looking for investment. Unfortunately, Binance has turned against it due to its concern over a potential conflict of interest. The same report stated that troubled Genesis had also contacted private equity company Apollo Global Management for capital assistance, though it was unclear what the outcome of that move would be.

After Sam Bankman-cryptocurrency Fried’s exchange FTX went under, Genesis Global Capital last week stopped allowing customers to redeem their loans. On the other hand, the cryptocurrency exchange Gemini, which partners with Genesis to operate a crypto lending product, asserted via tweet that it would keep working with the business to allow its users to withdraw money from its yield-generating “Earn” program.

Genesis paused withdrawals earlier last week, then clarified that the FTX collapse has no effect on their other products and services. However, later that week, Genesis reportedly sought for an emergency loan of $1 billion from investors before it suspended withdrawals.

Genesis Global, a now-struggling cryptocurrency lender, reportedly hired Moelis & Company, an investment bank, to assist in exploring their options for their current predicament, which may include bankruptcy.

Since the process in question was deemed to be confidential, the sources of this information have chosen to remain anonymous. Nevertheless, they have made it clear that no final decisions have been made and that the possibility of the company avoiding bankruptcy filing is still on the table.

The cryptocurrency lending platform Genesis has previously hired experts to address a liquidity crisis, including the consulting firm Alvarez & Marsal and the law firm Cleary Gottlieb. Genesis’ decision to do so is not new.

Since the fall of the FTX empire, Genesis, which is owned by the Digital Currency Group, has been under pressure from its creditors and has been going through a rough patch. Genesis and the defunct empire were trading partners, and when the exchange frozen accounts just before declaring bankruptcy this month, $175 million of Genesis’ assets were reportedly left on the platform. This suggests that Genesis and the defunct empire had a close relationship.

Barry Silbert, the founder and CEO of the Digital Currency Group, claimed in a letter that there was a problem with the Genesis loan book’s liquidity and duration mismatch. The Genesis spot and derivatives trading and custody businesses, which he highlighted as being operational as usual, are unaffected by the aforementioned issues, he continued.

Furthermore, he added that the Genesis’ executives and board members have already decided to work with financial and legal counsel as the business works to explore its options in the wake of FTX’s collapse.