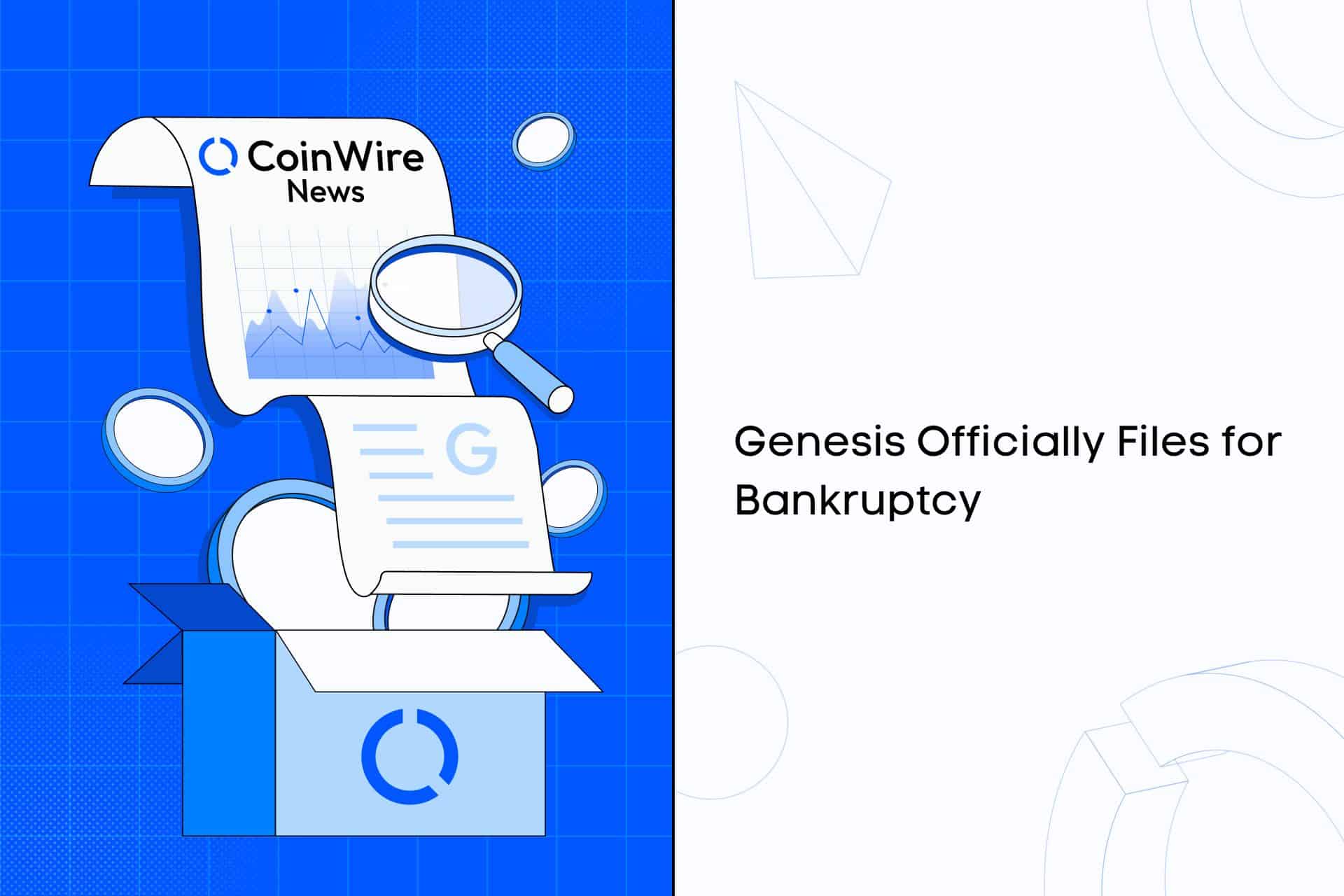 The possibility of Genesis filing for bankruptcy was previously reported here on Coinwire, and just hours ago, the respective crypto lender officially announced that it had filed for bankruptcy. Genesis Global Capital is said to have filed for Chapter 11 bankruptcy protection after being heavily impacted by 2022’s largest collapse.

Genesis stated in its bankruptcy filing that it has over 100,000 creditors and between $1 billion and $10 billion in liabilities and assets. The assets and liabilities of the two other mentioned entities, on the other hand, are estimated to be in the $100 million and $500 million range, respectively.

This bankruptcy filing came after Genesis was severely impacted by the failures of Three Arrows Capital and FTX. Genesis’ other subsidiaries involved in derivatives and spot trading, custody businesses, and Genesis Global Trading were not affected by the bankruptcy filing, according to a press release.

Genesis stated in its bankruptcy filing that it expects to have enough money to pay unsecured creditors after going through the restructuring process.

The alleged rough patch for Genesis began with the fall of Three Arrows Capital, which resulted in hundreds of millions of dollars in losses for Genesis. The collapse of FTX exacerbated the situation, forcing the crypto lender to halt customer withdrawals. Customers of Gemini’s yield product have been greatly impacted by the aforementioned move.

Genesis was under pressure to repay $900 million in locked deposits. Despite its efforts, it has had difficulty raising new capital and reaching an agreement with creditors. According to Cameron Winklevoss of Gemini, the bankruptcy is an important step toward reclaiming their assets.

The ramifications of this bankruptcy filing for bitcoin may be more extensive. The parent firm of Genesis and the digital asset manager Grayscale is known as Digital Currency Group. It is important to note that Grayscale manages the $10 billion or more in assets under management Grayscale Bitcoin Trust (GBTC), which was trading at a record discount to net asset value before 2022 comes to a close and narrows at the start of 2023. Fear has been expressed that Genesis’ bankruptcy filing may result in the liquidation of GBTC’s 600,000+ bitcoin holdings.