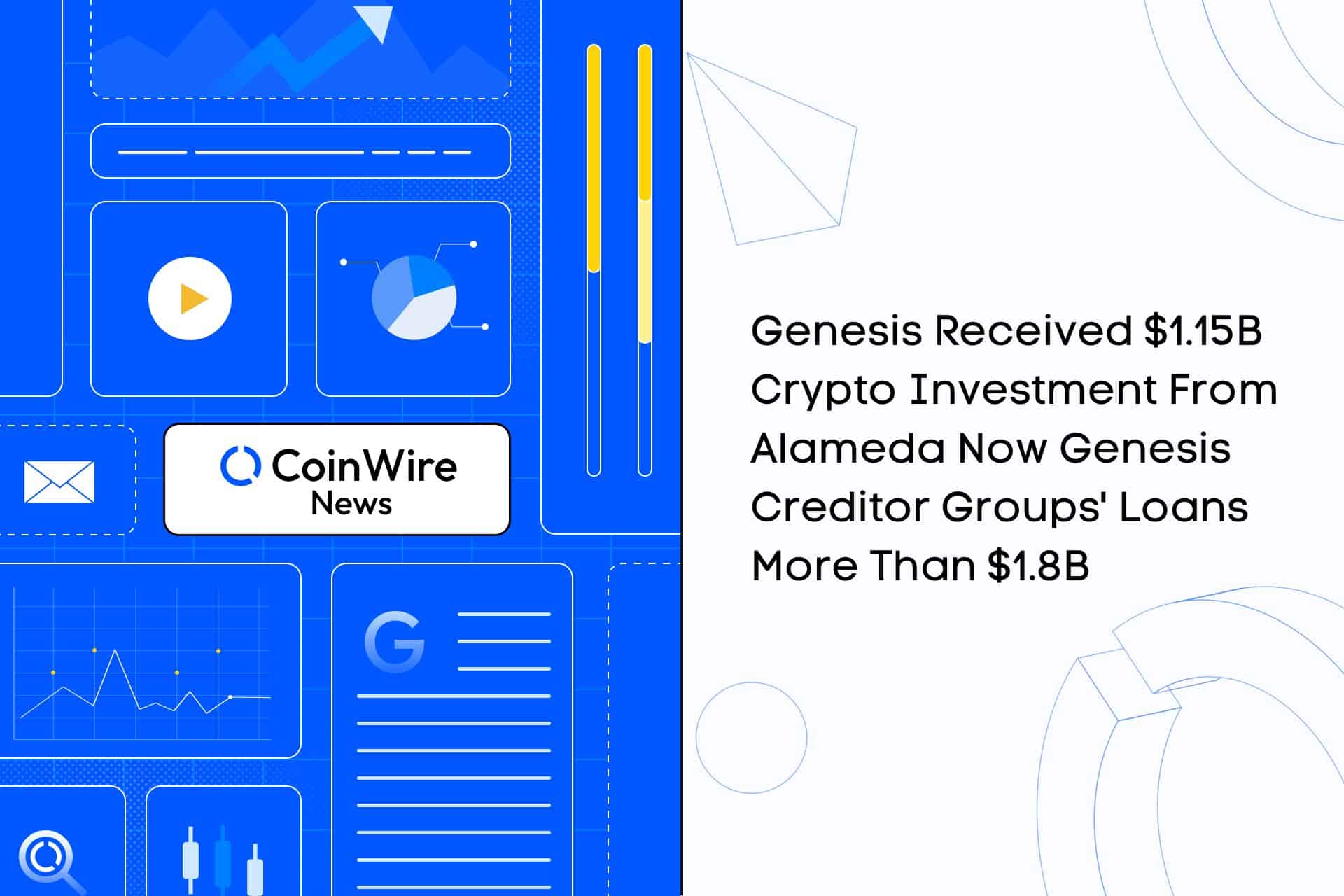 According to the documents released by Bloomberg on December 3, Alameda Research, the sister company of the defunct cryptocurrency exchange platform FTX and the subject of the exchange’s bankruptcy, reportedly invested $1.15 billion in the crypto mining company Genesis Digital Assets in less than nine months.

The reported capital infusion reportedly took place well in advance of the collapse of cryptocurrency prices, which was anticipated to occur between August of last year and April of this year. The well-known U.S.-based Genesis Digital is a significant Bitcoin mining business.

The creator of the cryptocurrency exchange platform FTX initially denied making investments to the authorities, but he recently acknowledged that they had input into Alameda’s business decisions. The documents showed that the aforementioned capital deployment occurred under four different conditions. The $100 million in August 2021, the $550 million in January, the $250 million in February, and the $250 million in April 2022 are all included in this.

In order to fund its ambitious growth plans, Genesis Digital was able to raise a total of $556 million through two different funding rounds last year. Some of the aforementioned funds were used to buy 20,000 Bitcoin miners from Canaan, and some were used to build a new data center in Texas and expand the company’s operations in the United States and Northern Europe.

The crypto winter has already caused considerable turmoil in the industry, and it is anticipated that the loss of FTX will prolong the current unfavorable situation. According to a report, stablecoin dominance has risen to a new high of 18%, suggesting that the liquidity crisis could last at least through the end of 2023.

The $1.8 billion in loans made to Genesis customers who had their money locked up on the relevant trading and lending platform and who had already sought legal counsel in the matter are expected to keep increasing over the coming days.

According to recent reports, Genesis owes a group of customers who were participating in their Earn program $900 million after the lending division stopped allowing withdrawals from customers on November 16th. In addition, the lending company owes the same sum to another set of clients, who are represented by the law firm Proskauer Rose.

The second group brings the total to $1.8 billion, and more is anticipated as the third group emerges and is represented by Kirkland & Ellis, the law firm that is also representing the insolvent cryptocurrency companies Celsius and Voyager Digital. The third group’s loan balance has not yet been disclosed.

According to a letter published by the lending platform in the final week of November, they stated that they were already in discussions with potential investors as well as their biggest creditors and borrowers, including Gemini and Digital Currency Group, in order to find a solution that would support the overall liquidity of their lending business and meet the needs of their clients.

Days after stopping withdrawals, Genesis Global Capital has just confirmed that they have hired Moelis & Co., an investment bank, to help them explore their options in order to strengthen their crypto-lending business’ liquidity and meet clients’ needs.

Derar Islim, the interim CEO of Genesis, claimed in a memo distributed to their clients that they have already started talking to potential investors, creditors, and borrowers. He then went on to say that they anticipate the scope of the aforementioned discussions to increase over the coming days. He added that Moelis was employed to expedite these negotiations.

Like BlockFi, Genesis was severely exposed on the defunct FTX crypto empire, which has put the lending platform in a precarious position this November. As a result, they have struggled to raise new capital and come to a new agreement with their creditors.

Additionally, the relevant company recently revealed that the $175 million in locked funds in its FTX trading account belonged to the derivatives unit. which have encouraged Genesis’ parent company Digital Currency Group to add $140 million in additional equity to strengthen Genesis’ balance sheet.

The founder and CEO of Digital Currency Group, Barry Silbert, recently disclosed that the company had a $575 million debt to Genesis Global Capital that is due in May 2023. Islim claimed that other well-known Genesis divisions, such as its trading arm and custody businesses, are running at full capacity.