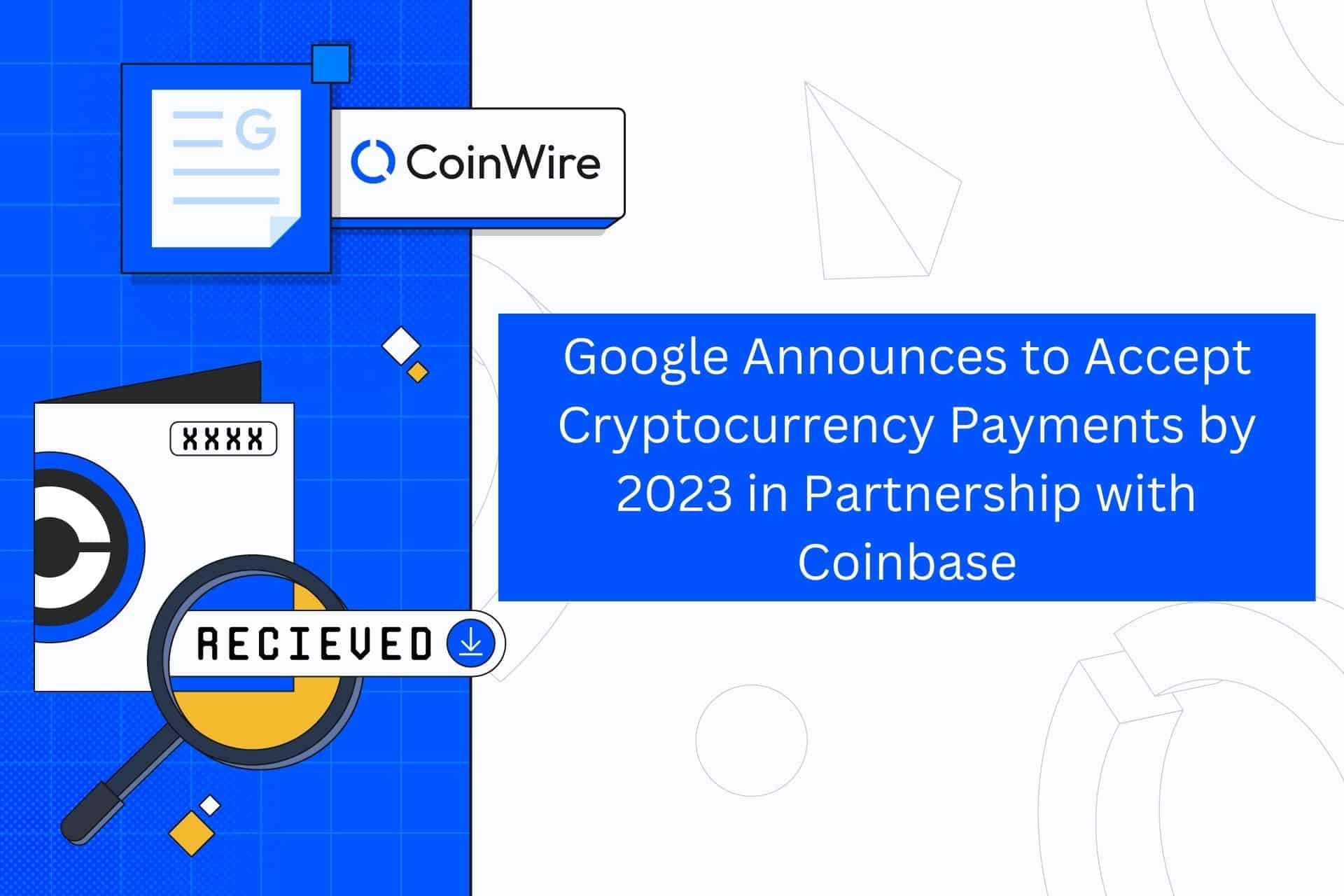 Google is making inroads into the Web3 space by partnering with Coinbase to accept cryptocurrency payments for its cloud services. Following its collaboration with BNB Chain, which aims to assist blockchain and Web3 startups.

Google stated on Tuesday, October 12, at its Cloud Next conference that by 2023, they will begin taking cryptocurrency payments for its cloud services through a connection with cryptocurrency exchange Coinbase.

In addition, the internet behemoth has said that it would make use of Coinbase Prime, Coinbase’s custody service. The CEO of Google Cloud claims that this action is intended to “make creating in Web3 faster and easier” and that the company’s cooperation with Coinbase will aid developers in achieving their objectives.

In which Coinbase’s co-founder and CEO, Brian Armstrong, claimed that having Google as a partner rendered finding a better partner for carrying out their objective of constructing a reliable bridge into the Web3 ecosystem impossible. In trading on Tuesday afternoon, Coinbase’s share price increased by 8.4%, according to the report.

In addition, Google has recently begun introducing cryptocurrency features and services. According to reports, BNB Chain and Google Cloud have joined to help the development of blockchain and Web3 firms in their early stages. In addition, users are apparently able to see the balances of an Ethereum wallet when they Google its address. Google has also offered a countdown timer for Ethereum’s most recent transition to proof of stake.

As already mentioned, Google, a major player in technology, will rely on Coinbase to let its customers pay for cloud computing services with cryptocurrencies. According to Coinbase, this capability will launch by the beginning of 2023 and will use Google’s cloud computing infrastructure.

The agreement, which was revealed at Google’s Cloud Next conference, is expected to entice more cutting-edge businesses to Google. Only Google provides the option for users to pay for services using cryptocurrencies, despite the internet giant being one of the toughest and fastest-growing businesses in the industry.

Amit Zavery, vice president, general manager, and head of the platform at Google Cloud, claims that a select group of Web3 clients who wish to accept cryptocurrency payments will be the first to use the new functionality of the Google Cloud Platform infrastructure service. He continued by saying that the IT behemoth will undoubtedly permit more consumers to use their digital assets to pay for their services as time goes on.

Ten different currencies, including Bitcoin, Bitcoin Cash, Dogecoin, Ethereum, and Litecoin, will be supported by Coinbase Commerce when it launches. Although the terms and conditions of this agreement had not yet been finalized, Coinbase president Jim Migdal said that, like with all Coinbase Commerce agreements, Coinbase will receive a cut of the transactions that are processed via it.

Google, a global leader in technology, is also looking into ways to use Coinbase Prime, which offers services like safely storing the organizations’ cryptocurrency and enabling them to conduct transactions. Whereas Zavery alleged that Google would test the waters and determine whether it could manage bitcoin assets on its own.

According to reports, this collaboration was established back in May of this year, at a time when Google was already looking into the prospect of integrating support for payments made with digital currencies. According to Migdal, Coinbase and Google have been debating for months how to enable Prime service, cloud usage, and business transactions all occurring simultaneously. They have now chosen to bring them all together.

According to Thomas Kurian, head of Google’s cloud division, the company’s cloud division has changed its focus from focusing on media and retail to working toward blockchain technology, including NFTs. In addition, teams are reportedly being formed within the IT behemoth to promote blockchain business and offer tools that outside developers may use to execute blockchain apps.

Along with Google, a number of other businesses have welcomed digital currencies to their balance sheets, including MicroStrategy, Tesla, and Block, formerly known as Square’s payment company. It’s claimed that this is a risky activity. According to reports, Coinbase will take an impairment charge of $377 million as a result of the loss in value of its cryptocurrency holdings in August.

In addition to this most recent project with Coinbase, Google has been involved in other projects. One of these is its collaboration with the BNB Chain, a smart contract blockchain technology used by Binance.

This collaboration intends to support blockchain and Web3 startups. In plain English, this means that startups who are developing their goods and services on the BNB Chain blockchain will also be able to develop on the scalable, secure, and open source infrastructure of Google Cloud.

According to reports, there are over 1300 active BNB Chain-based decentralized applications (DApps) from the decentralized finance (DeFi), Metaverse, blockchain gaming, and NFTs industries. All of these applications will have access to the resources and infrastructure offered by both Google and BNB Chain.

In addition, Google reportedly published a countdown to the event when you search for “Ethereum merge” three days prior to the eagerly anticipated transition of Ethereum to a new mining method. The claimed countdown purportedly listed the current difficulty, hash rate, and Merge difficulty.

Finally, Han Hua, the Principal of Google Ventures, revealed Google’s newest cryptocurrency feature on October 11. This feature will enable some Ethereum wallet addresses to have their ETH balances tracked directly off of the Google search engine, saving them time since they no longer need the Etherscan.