HeroFi – The mobile aRPG game with reward tokens through battles 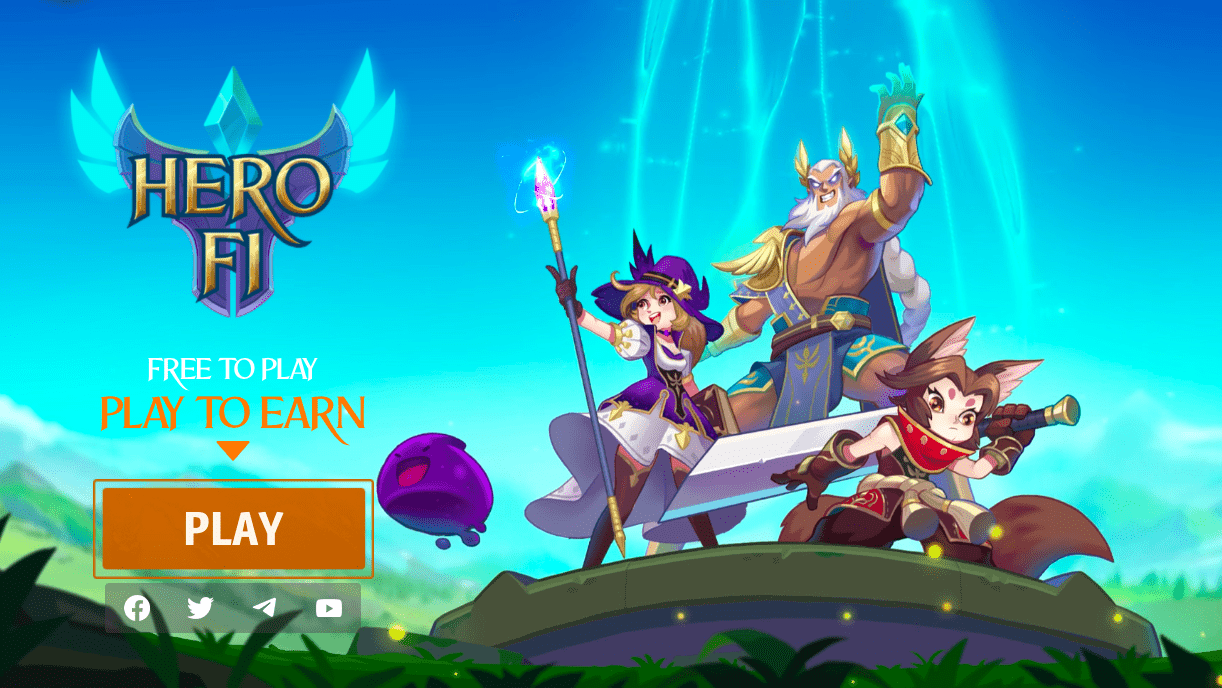 HeroFi, a new mobile aRPG game, allows players to earn tokens by participating in PvP or PvE combat between Heroes.

The Play-to-Earn business model is the most recent innovation in the gaming industry. It is a business strategy that embraces the notion of an open economy and offers cash rewards to all players who take part in the game. While Axie Infinity has helped to increase the popularity of play-to-earn crypto games, the upcoming launch HeroFi will take the game genre to the next level.

HeroFi allows players to take on the role of a war master and create armies to fight in epic battles. After each battle, players are awarded collectible items, which may be used to produce valuable assets and exchanged for money.

In the fictional realm of HeroFi, the liberation of magical power and vacated throne have resulted in the clans’ dispute. Gamers all strive for the position of the One Above All, the crowned leader of the kingdom, whether they are from Heaven, Midgard, or Hell.

Each player is given an army of three heroes and four soldiers. You can form your own army using one of three clans: the Heaven Force, the Midgard Heroes, or the Hell army. Each type of clan, as well as each Hero, has unique abilities, fighting stats, and combat attributes. If you want to defeat the other players and secure your victories, you must have significant strategic planning as well as tactical ability.

HeroFi offers two game modes: PvE and PvP. PvE is the option for people who want to do missions alone and relax by playing with NPCs. PvP is a social interaction mode that allows you to invite friends, engage in combat, and exchange or upgrade items together.

Heroes are one-of-a-kind heroes that players may equip in their parties to engage in fights. Each Hero has a unique set of talents, battle attributes, and battling aspects. They are also defined by Class, Star Rating, and Element. Choosing elemental traits that are complementary to the hero’s class will significantly boost its battle skills, delivering severe damage to enemies and improving combat effectiveness.

A hero can have up to four skills, which can be enhanced if they share the same elemental traits as the hero’s element. To develop their characters’ abilities, users must complete a variety of daily missions and get rewards in ROFI, a BEP-20 token that will be available on both centralized and decentralized markets. ROFI is readily accessible for purchase in order to strengthen your army.

Furthermore, heroes of different genders can mate and give birth to young NFT heroes. Normal heroes’ offspring production time is extended after each birth. Kid heroes will receive abilities at random from their parents’ attribute pool. Players must cultivate this variety in order to assemble their own almighty army for the legendary fights.

There are a total of 5,200 Genesis Heroes that can ‘hatch’ from the HEROEGGs. The minimum star tier for a Genesis Hero is three by default, while that for a regular hero is one.

Within the game, there are hundreds of items and weapons for you to discover and trade. Each piece of equipment has its own set of buffs that offer benefits to the Hero to whom it belongs.

The equipment system is created with many types and rarity, and their worth depends on their rarity.

HeroFi’s primary token is $ROFI. $ROFI is an important element of the HeroFi ecosystem’s sustainable play-to-earn economy and may be exchanged on DEXes.

Every day, each hero is given a specific number of tokens, but if they do not accomplish enough missions for that day, they will not earn all of the tokens. Each hero can only receive a maximum of 0.5% of the day’s total $ROFI. The remainder of the tokens will be burnt.

Each HeroFi character is an NFT with a gender (male or female) and a star rating (from 1-6). Upon beginning the game, every player is given a 1-star character NFT for free.

Character NFT can be used to produce offspring, fight in battles, farm, and trade on the HeroFi marketplace.

100,000 $HEROEGG will “hatch” a special character NFT called Genesis Hero that has a gender (either male or female) and a star rating (from three to six). The offspring production period for Genesis Heroes will not be extended over time, as it is for other characters.

NFT Gaming has created safe alternatives for gaming participants to profit financially. HeroFi, by utilizing revolutionary blockchain technology, enables players to visit the built-in NFT Marketplace to effortlessly purchase and sell in-game items as tokenized assets. P2P trade is now available for anyone, anywhere, anytime. Also, when playing HeroFi, another fascinating way to get profit is through offspring production.

As a collaboration by two industry titans, Bravestars and LaunchZone, HeroFi is a remarkable project that has the potential to take Blockchain Gaming to the next level.