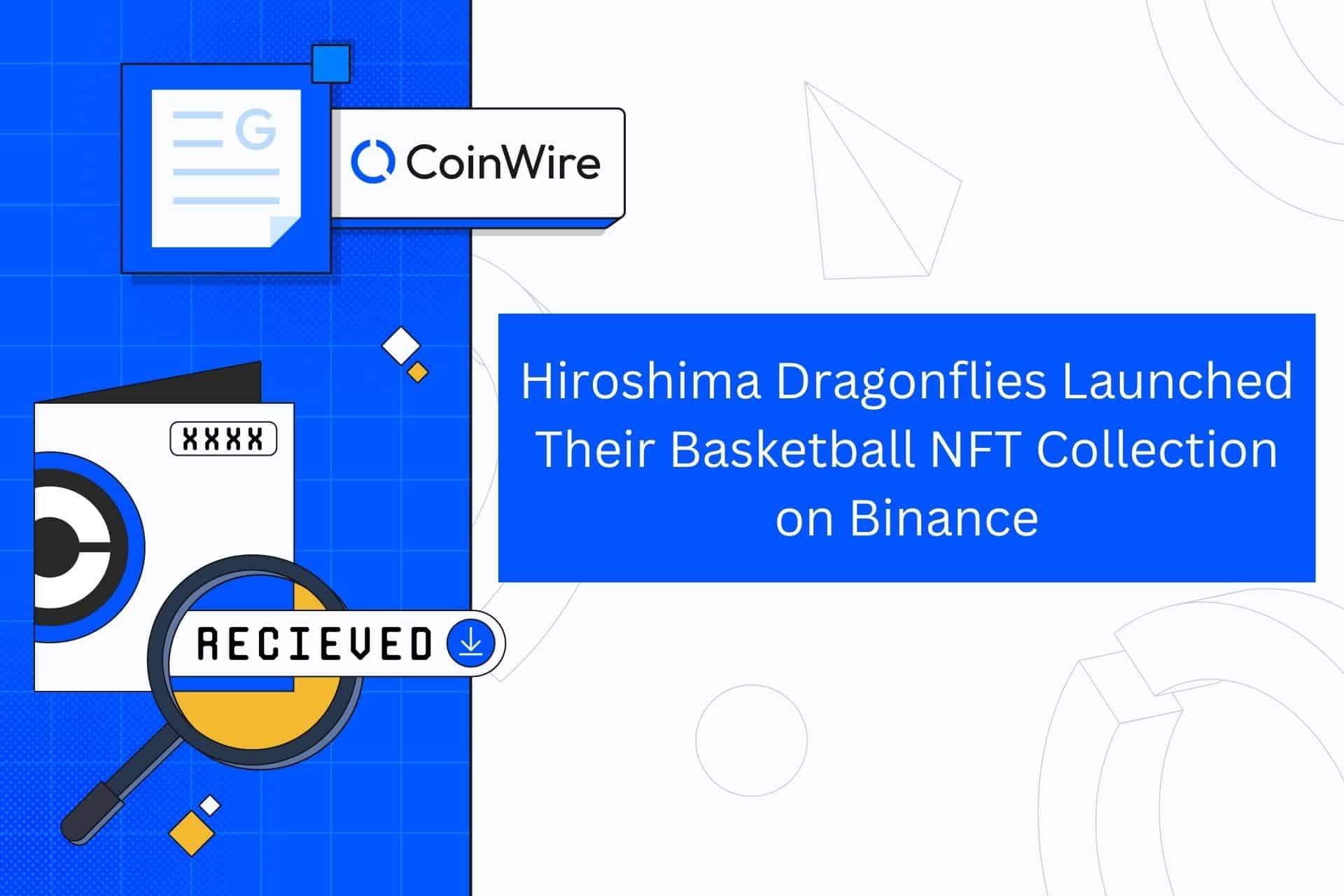 Hiroshima Dragonflies, a professional basketball B League team in Japan, has launched their Japanese basketball NFTs in Binance. According to reports, the collection will include two series: picture series and star card series.

Hiroshima Dragonflies officially announced the introduction of their Japanese basketball NFTs in the renowned NFT market — Bianance — on September 28 of this year. The team is recognized as the B League, or Japan’s NBA, of professional basketball.

The star card series, which will include actual game moves like shooting, dunking, and defense, is one of two series that these sports NFTs will supposedly contain. The other was a picture series. Additionally, these NFTs will be offered for sale in display and “blind box” formats.

These NFTs are said to be quite entertaining and valuable as a collection. These will be separated into categories like Epic, Rare, and Common. The cost of these NFTs is anticipated to range between $30 and $70 per piece.

As the ecological planning map for the Hiroshima Dragonflies NFT platform, these NFTs can be used as sporting events pass as well as being displayed in your collection or portfolio. Fans of the squad who also happen to be the owners of these NFTs get the opportunity to play and engage with their favorite player. They can participate in various online competitions and own the virtual team.

Following-up plans for the Hiroshima Dragonflies’ NFT platform will include commonplace blockchain games. This is done in order to create Web3.0 blockchain competition that will engage viewers more deeply with the sport. The platform airdropping exclusive rewards to NFT star card users is one of the extra things to anticipate.

Limited edition and player-signed jerseys are included among these. Additionally, NFT holders could qualify for special discounts on game tickets. The basketball league’s token will also be used for airdrop rewards via the Hiroshima NFT platform.

More About the Hiroshima Dragonflies’ NFT

Fans can purchase, sell, trade, and collect digital football cards on the platform, which is said to be best suited for NFT star card collections. According to a report, the platform is regarded as having a high level of interest but a low entry barrier.

Each digital star card is acknowledged by the network as a real, distinct NFT asset that can be used for collecting or game-related transactions. The video, image, and text information on Hiroshima Dragonflies NFT’s digital football cards is permanently stored in the distribution, unlike the traditional physical printed football cards.

The Hiroshima Dragonflies are a professional basketball team based in Hiroshima, Japan. The group officially joined the NBL (Japanese Professional Men’s Basketball League) in 2013. Following the NBL’s innovation and reorganization, the team joined Japan’s “B League” in 2016. The team reportedly made history when it was promoted from B2 to B1 for the first time since the club’s inception in 2010.

Through basketball, the Hiroshima Dragonflies hope to improve community cooperation and communication. Furthermore, the team hopes to establish a basketball club that anyone, regardless of age, gender, or nationality, can enjoy. In addition to being a supporter of sports and the revitalization of the region.

Since the introduction of NFTs into the market, many people have been fascinated and intrigued by their potential. As time passed, well-known companies joined the craze, and an increasing number of new NFT projects were released. NFTs were not only limited to the arts and entertainment industries; there were many NFTs that originated in sports, such as the Chicago Bulls.

The Chicago Bulls have recently begun selling their NFT collection on Coinbase. According to the report, they are the first professional sports team to offer an NFT collection in the market. The collection was dubbed “Aurochs,” after the extinct ancestor of the modern bull, an ancient cattle species. The collection includes 23 unique 1-of-1 NFTs. Which was created by 23 web3 artists with whom the Bulls collaborated. The collection featured various variations of the Bulls logo.