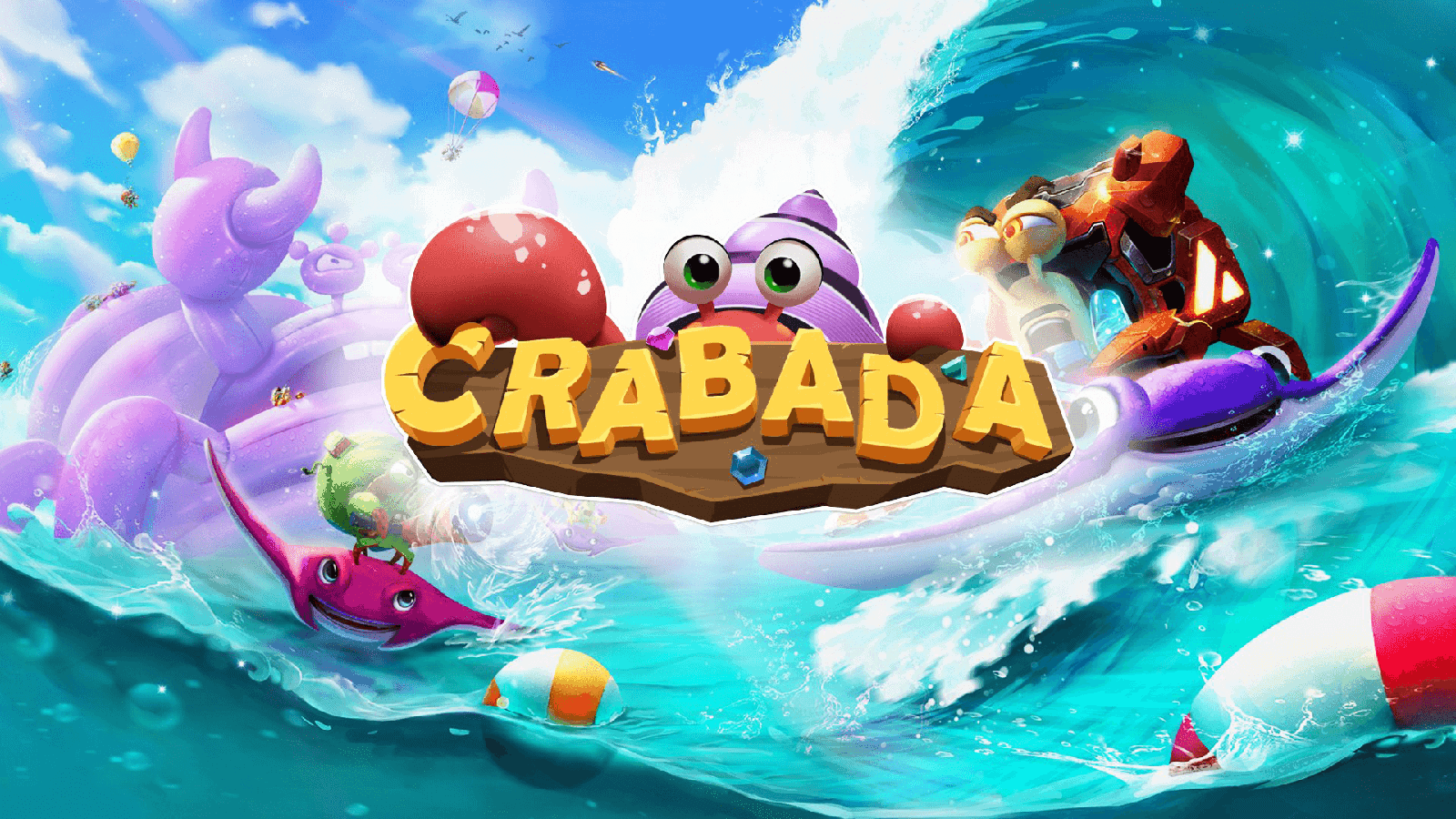 Application specific “Subnets” on Avalanche are a remedy for Play-to-Earn (P2E) games experiencing Ethereum network congestion and exploding gas fees, issues which are impeding the growth and mainstreaming of P2E games.

Crabada, in response, is pioneering a Subnet-centric, P2E business model with proper latency and scalability appeals to fully capitalize on the categorical success of crypto gaming. Enabled with granular customizability and EVM interoperability, Subnets satisfy the complex demands of P2E game logic superiorly against Ethereum sidechains.

Scaling blockchains is not a pedestrian affair.

A single all-purpose layer-one Ethereum sidechain in today’s market cannot cope with a daily user base of a million (or much less) without exhibiting exorbitant gas hikes and clogged transaction queues.

This is a dismal figure considering the millions of traction drawn to web2 gaming applications such as Roblox or Fortnite everyday. Sidechains like Polygon or Harmony, for example, which are marketed and floated as scaling solutions, have eventually succumbed to gas hikes or bloating on their network. They remain subject to the same “growing pains” observed on Ethereum mainnet (albeit at a lower scale).

P2E game Sunflower Farmers on Polygon, case in point, peaked at 358,680 users on 5 January 2022. Over 1.1 million transactions were attributed to Sunflower Farmers alone that day, guzzling 42% of all gas fees spent on Polygon. Paralyzing the network, the massive player activity drove the gas fees from 30 to 500 gwei within hours, resorting some Polygon DApps to postpone all activities until the prices returned to normalcy.

Sunflower Farmers’ burst of activity is a cautionary tale that reveals the substantial transactional load P2E game mechanics generate, corroborating the importance of P2E games needing their own dedicated block space. Transitioning away from all-purpose, layer-ones or -twos to an application specific blockchain merits greater tolerance against surges and from gwei becoming too erratic. Avalanche’s Subnet is exactly positioned to facilitate and deliver this radical scalability approach to any P2E game.

Application specific or purpose-built blockchains are not new. These protocols, however, have manifested with a fundamentally different business resolution compared to that of Avalanche’s Subnet.

The pioneering NFT game CryptoKitties and the congestion crisis its sensation exerted on Ethereum mainnet in November 2017 is a saga that continues to echo and be relived by a succession of P2E games, namely Axie Infinity.

At its peak, CryptoKitties swelled the Ethereum community in fear of the entire network collapsing as pending transactions spiked from under 2,000 to over 11,000, of which, CryptoKitties accounted for almost 12% of all transactions. Ushering in Ethereum development aid from web3 companies in the likes of MetaMask, Infura, and Grid+, the crisis defused with short-term optimizations. Ethereum, however, had been properly exposed of its serious scaling flaws.

Sharding as a scaling fix for Ethereum had been floated by Ethereum co-founder Vitalik Buterin as early as September 2017. Axiom Zen (now Dapper Labs), however, departed from Vitalik’s thesis, and opted to develop the Flow blockchain from scratch, a new layer-one that is NFT- and gaming-purposed. Flow stands different from sharding with its multi-node architecture built to optimize composability across, for instance, NFT smart contracts. Dapper Labs’ resolution is tailored to its own NFT ventures, but invites outside NFT businesses to bridge and be native to Flow as well.

Dapper Labs and Sky Mavis’ decision to develop a purpose-built protocol for their P2E games host meritful properties compared to sharding. However, the differences are starker in respect to their business objectives. Towards the unveiling of Flow in September 2019, Dapper Lab announced it had raised $39 million in total while Sky Mavis in October 2021 closed its Series B funding round of $152 million intended for expanding Axie Infinity and Ronin.

Developing a new protocol as a scaling solution cannot be horizontally adopted and remains exclusive to companies with large capital and developer resources. A Subnet, instead, subjects P2E gaming companies to no real barrier to entry, and is compelling as a truly adoptable scaling fix.

Extending from Avalanche’s C-Chain, a Subnet can be imagined as a “blank canvas,” a highly customizable, isolated, and EVM-compatible blockchain with a pre-configured consensus engine and network effects. Developers, as a result, can expect savings in labor towards infrastructure building.

Clocking at 4,500 TPS per Subnet, Avalanche dwarfs competing protocols’ TPS records as well. Such performance is achieved by a consortium of pre-defined “Subnet-specific” validators repeatedly and randomly sub-sampling nodes on the Subnet’s network to reach consensus very quickly, a breakthrough since the Nakamoto Consensus.

A Subnet can also beget another Subnet as well. This enables, theoretically, infinite scaling on Subnets, and an on-demand launch of a Subnet at the cost of staking 2,000 $AVAX. A Subnet as a scaling solution in this way is seriously competitive in value and price against Ethereum sidechains.

The most redeeming value proposition of a Subnet for P2E games AND their players, however, lies within its dynamic gas fees, which will help pave the way for successively expanding reach, retention, and revenue of P2E games.

Transactional fees on Avalanche is dynamic, consisting of a

Diverging from Ethereum’s incentive mechanism of rewarding miners competing for and producing block space, $AVAX base and priority fees are burnt post-transaction immediately. The amount of $AVAX burnt always exceeds the minting rewards. However, this occurs within a fixed capped supply of 270 million $AVAX, which fosters scarcity of and deflationary force against $AVAX. Together with tools to calibrate gas caps for either speed or lower fee optimizations, Avalanche’s subnets can secure consistent and predictable pricing conditions P2E games like Crabada need.

Crabada, a pioneering P2E on a Subnet

Crabada is an “idle” P2E game native to C-Chain. Dubbed as the “Great Crabada Migration,” the game will bridge from a SubnetEVM on Avalanche to its very own Subnet “Swimmer Network” towards this year 2022, targeting a ~85% reduction in operational costs for Crabada players.

A mining expedition takes about four hours, but a Crabada optimized for speed can accelerate the venture by a maximum of 30 mins. Completing an expedition can net players 3.75 $CRA and 303.75 $TUS, but if they are subject to a successful loot by hostile Crabs, their rewards will be reduced to 1.31 $CRA and 106.31 $TUS.

Looting the treasure collected by other Crabs can be rewarding. As a team of three Crabadas, initiating a looting attack simulates a 3 v. 3 “battle,” which the players have no control over. Looters are expected to arrive at success within a one-to-three hour timeframe. They otherwise risk challenging reinforcements, which can absolutely spoil their looting mission. Merely participating in a loot, however, can net a reward of 0.3 $CRA and 24.3 $TUS while a successful run can entail a reward of 2.43 $CRA and 197.43 $TUS.

The $CRA and $TUS rewards reaped can be spent on many functions in the Crabada ecosystem. The breeding of a Crabada, in particular, burns $TUS for supply controls and cycles $CRA back to Crabada’s treasury to finance rewards for completing expeditions and running the larger Crabada ecosystem.

Underneath the lore and fun gameplay, Crabada’s controlled and deflationary token economy has handsomely sprawled growth for the Avalanche game. Using Covalent’s unified API, Crabada is observed to have accumulated 2,167 active addresses in its debut-month in November 2021 and successively growing upwards, reaching 2,138 addresses in December, 3,429 in January 2022, 5,040 in February, and 6,904 in March.

For Crabada, however, paralleling the peak active addresses of 6.6 million that Axie Infinity had recorded in November 2021 would require a more robust scaling.

Accumulating 6.6 million players on Crabada, at the monthly average of ~113.434 $AVAX spent per Crabada player, sums to a total gas fee paid on Crabada to ~748,664,400 $AVAX (~US$71.9 billion). This sum is totally unreasonable and thus the need for a Subnet scaling solution.

The C-Chain is not equipped to tolerate such load, and risks potentially paralyzing the Avalanche ecosystem completely.

Alarmingly, even while Crabada has yet to reach figures close to millions, Crabada is already responsible for over a third of C-Chain’s total gas fees paid as of February 2022.

Towards the end of February this year 2022, Crabada was responsible for over ~30% Avalanche’s daily transactions.

On C-Chain, Crabada’s players, critically, are spending gas fees in $AVAX which are a function of not just their own activity, but that of other hundreds of DApps hosted on C-Chain, a major inconvenience for all affiliated parties.

The C-Chain’s threshold for scalability (or that of any other L2s) was never going to be enough to withstand the transactional intensity of P2E games. An exorbitant gas fee can also be a deterrent to player growth as well, possibly spoiling the momentum Crabada has been overseeing since Q4 2021.

This is exactly why Crabada bridged from C-Chain to its own Subnet. Strategically, foreseeing that Crabada’s pace of growth would exceed the scalability threshold of C-Chain, the P2E game is precisely positioned to fully take advantage of the categorical success of P2E games in 2022 and onwards.