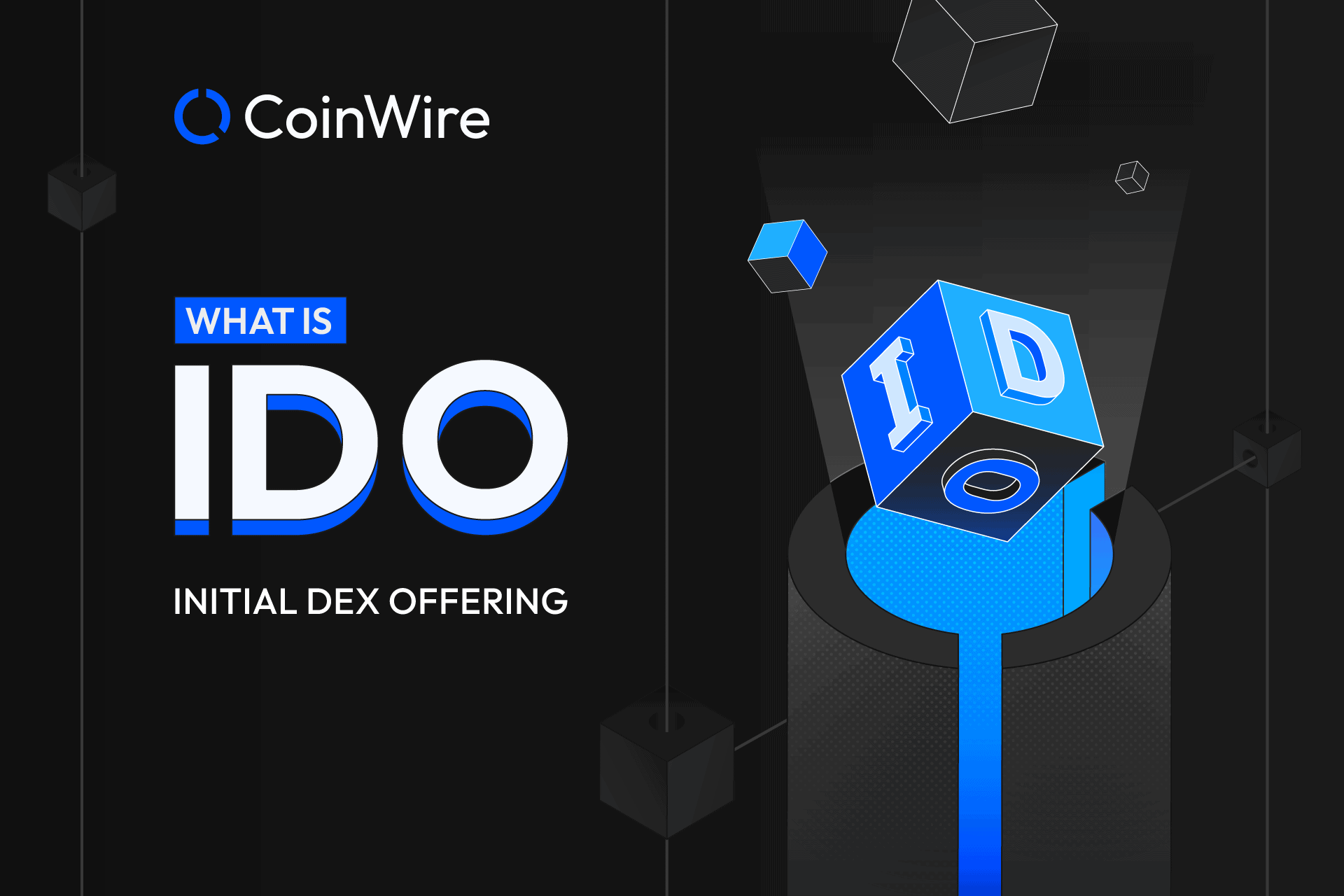 There have been many approaches to raising money in the world of cryptocurrencies. Some, like ICOs, you may have heard of. However, one of the newest ways projects seek to find funding is through an IDO or Initial Dex Offering. Our guide will give you some background on crypto funding, explain what an IDO is, and how they work.

But before we get into IDOs, let’s take a step back and look at how we got here.

Even though it’s been around for over a decade, cryptocurrency is still an emerging technology. As it continues to mature, more innovations and creations come to light. One of the most recent is the Initial Dex Offering or IDO. Like its cousin, the Initial Coin Offering (ICO), the IDO is a creative way to crowdfund a project.

ICOs and IDOs are just some of the ways the crypto community approaches funding from investors. Unfortunately, ICOs received a bit of a bad reputation in 2017 when many projects ran off with investor money. With this lack of control, investors became hesitant to fund further ICOs. As a result, projects had to find other ways to raise money.

This is where decentralized finance (Defi) and its alternative options come into play. With Defi, part of the problem is addressed as crypto investors have an egalitarian model as it relates to crowdfunding.

What is an IDO?

This is what you want to know, right? What an IDO is and how it works. We’ll get to how they work in a moment, but first, let’s spend a few minutes talking about the definition of an Initial DEX offering. An IDO is a way to raise funds from investors – just like an ICO – but it’s meant to make up for the problems associated with the ICO model.

A large part of the IDO focuses on the fact that the process involves a decentralized exchange as opposed to a centralized entity. If you’re unfamiliar with DEXs, think of them as decentralized liquidity platforms. There’s no single point of authority involved.

Initial DEX Offerings are the newest way for blockchain projects to raise funds from retail investors. However, they do have their fair share of shortcomings. For example, going through a DEX for funding isn’t scalable. With an ICO or an IEO (Initial Exchange Offering), you might see a project raise hundreds of millions of dollars. It would be rare for this to occur within the IDO framework.

Since learning about Defi is a challenge for most people, one of the biggest obstacles facing IDOs is a lack of knowledge. The only way to effectively combat this is to require investors to educate themselves on the Defi market and how it works. Then, with the proper information, an investor can make an educated decision about an investment.

How Does an IDO Work?

One of the reasons projects and investors like IDOs is that they can immediately provide liquidity for the tokens. It’s why many decentralized platforms will reward liquidity provides with excellent rewards. With liquidity, a DEX can continue to operate without its users experiencing problems.

To help drive trading on the platform they’re using, many projects will allocate a portion of their funds to the DEX itself. This helps drive liquidity and has become standard for nearly all IDOs. Additionally, most IDO projects use PoS (proof-of-stake) as their consensus mechanisms. With PoS, networks are secured through token holders. Plus, it discourages token holders from selling their assets too quickly.

Proof-of-Stake is beneficial in IDOs because it encourages investors to keep their funds – which are usually in the form of the project’s token – in their crypto wallets. In return for staking their coins, investors receive rewards based on the amount they have staked in the project’s blockchain.

When the project successfully launches, investors then have the opportunity to trade their tokens. If an investor was able to get in on the project during its early stages, there’s a good chance they’ll see a significant return when the IDO hits the market. This is largely due to early investors getting a large number of tokens at a discount.

Then, once the token goes live, its value goes up. Therefore, when the first sale occurs, the price of the token will start to increase.

The object of any legitimate project is to raise funds. Unfortunately, there are many shady projects out there that circumvent the approval process in order to access investors and raise funds quickly. This is true for many crypto crowd-raising methods, including ICO and IEOs (Initial Exchange Offerings).

Due to this lack of validity, many unqualified and poorly designed projects get through the cracks. The intention of these projects is to scam their investors, grab as much money as possible, then disappear. As a result, it’s important to do your research before you invest in any crypto project.

It’s important you take a look at the DEX as well. Some platforms are more trustworthy since they are completely trustless – which means they don’t require a human intermediary. However, decentralized exchanges are still places that can experience technical breaches.

How Do ICOs and IDOs Compare?

Unlike IEOs, token issuers aren’t required to pay fees during distribution in an ICO or IDO. However, both crowdfunding methods are entirely in charge of marketing and PR as it relates to the project. There’s no one to help out unless the project hires a team or does it themselves.

A team with more experience will also hire an engineering and developing team to create smart contracts for the network. These contracts are then used to sell tokens to investors. Additionally, projects going through an ICO or IDO will provide audits, which assures investors that everything is legitimate and above board.

Not only will it put investors at ease, but performing regular audits also means the project won’t experience legal or regulatory issues in the future.

When it comes to ICOs, there are several advantages to using this method to raise funds for your project. For example, there are fewer barriers to entry with ICOs than with IPOs (Initial Public Offering). Anyone, anywhere in the world can be involved with an ICO, whereas it can be tough to participate in an IPO unless you’re on Wall Street or part of the “in” crowd.

Along those same lines, anyone can participate in an ICO, no matter how much their net worth. Typically, if you want to participate in an IPO, you have to be worth at least $1 million and have a minimum income over a set number of years.

Additionally, if you participate in an ICO, you typically have liquidity almost immediately. Once you have your tokens, you can sell them on the market, so long as you have a buyer. With public offerings or private companies, you have to wait several years (at least) before you can sell your options.

ICOs are excellent ways to raise money, but there are a few challenges with this method. For starters, ICOs are centralized, which means they are especially open to rug-pulls. This is when the team takes the money and runs. Plus, they don’t offer protections for those who invest in the project.

Additionally, ICOs aren’t minted until after the sale is final. That means the tokens are minted on the company’s site. The disadvantage here is that doing so comes with increased costs. This is largely due to the need for the issuer to be listed on an exchange, which charges fees when tokens are distributed.

By comparison, one of the biggest advantages to using IDOs is the lack of a premine. As a result, investor confidence is boosted considerably, specifically for anyone who uses analytics to determine which projects to support. Large premine allocations, specifically to only a handful of individuals, are a huge red flag to investors.

Additionally, IDOs are viewed as providing better token access to their investors. This is because IDO tokens are almost instantly available for trading. With ICOs, lockup periods are regular occurrences, which means investors have to wait a given period of time before they can sell or trade their tokens. With an IDO, this is basically impossible.

There is also the possibility that ICOs will favor investors if they are early to the table. This creates an imbalance within the project. However, this is impossible with an IDO because properly developed smart contracts don’t allow for this possibility.

Of course, no crowdfunding method, and IDOs are no exception. There are disadvantages to using IDOs, just like there are with any other option out there. One problem that DEXs are working on correcting is the use of bots to manipulate the price of the token when it launches. Doing so gives certain people massive gains, which, of course, hurts others who have invested in the project.

Plus, hackers found bugs in smart contracts, which allowed them to take advantage of the IDO launch. Nefarious parties were able to grab investor coins and disappear before anyone realized what was going up.

Lastly, keep in mind that IDOs generally do not raise as much funding as their ICO counterparts. IDOs offer plenty of value to those who want to go through a DEX, but if large sums of money are the primary concern, an IDO isn’t the way to go.

Here are some frequently asked questions about IDOs.

Where can I find IDOs?

If you want to find information on upcoming IDOs, check out the following sites:

How to enter an IDO?

Typically, to participate in an IDO, you need a certain number of tokens of the decentralized exchange in your wallet. So if you want to participate in a project going live on Pancake Swap, you may want to have a bunch of CAKE. The more you hold, the better your chances of gaining entry to the IDO.

What are some of the popular IDO launchpad platforms?

The most popular IDO launchpads include: 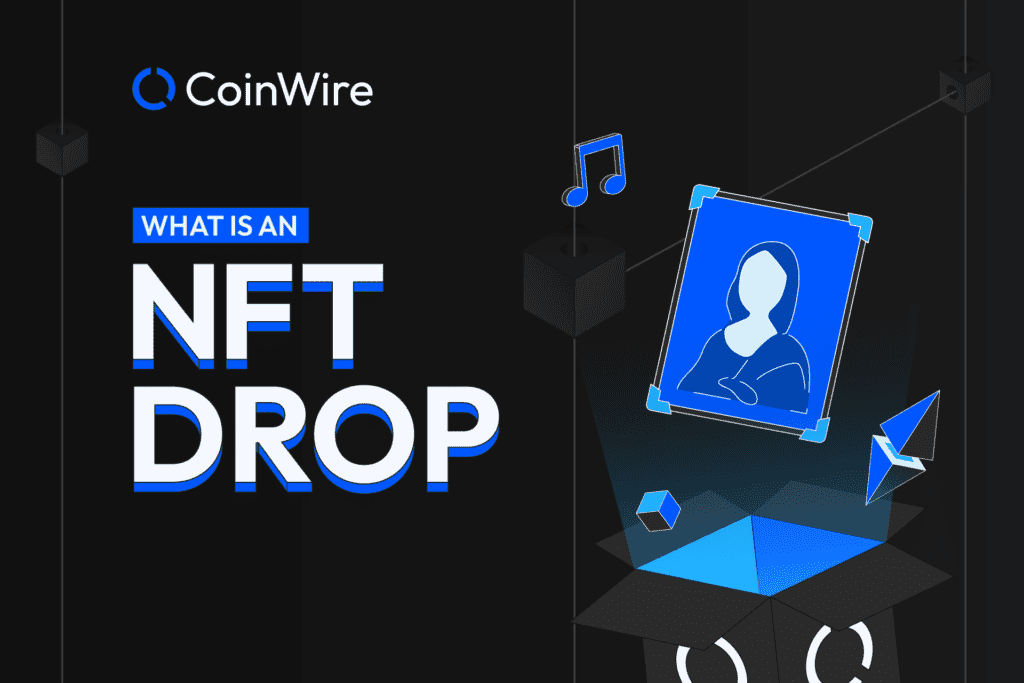 What is an NFT Drop – What You Need to Know

NFTs, also known as non-fungible tokens, are all the rage in the blockchain sector right now. These tokens are developed on smart contract blockchains like Ethereum and Solana. Every NFT […] 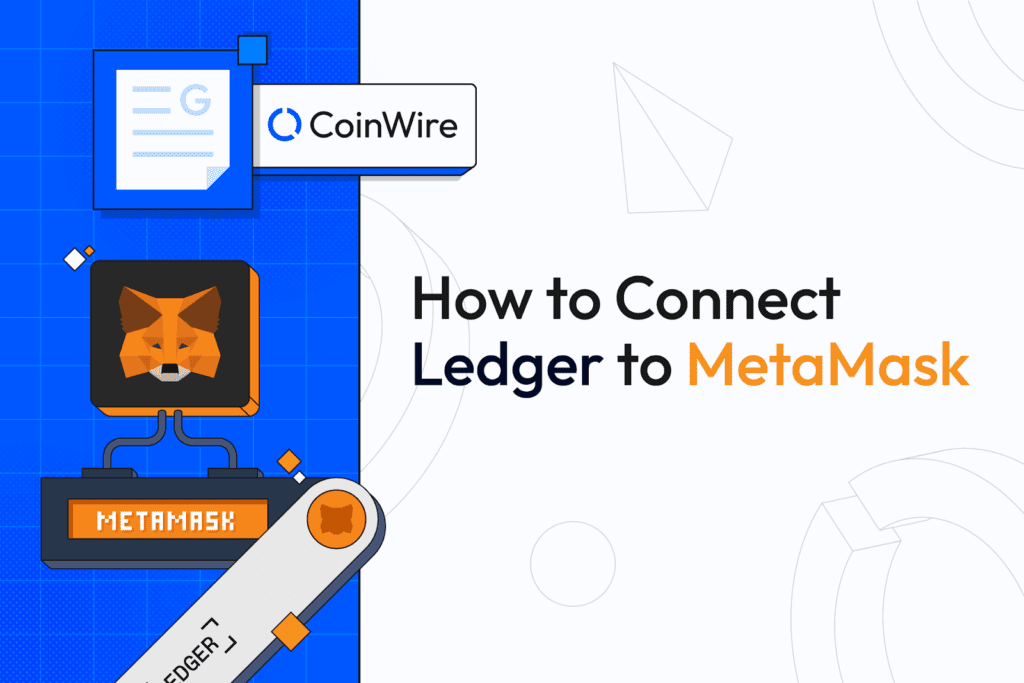 How to Connect Ledger to MetaMask

Hard wallets are among the safest ways to store your cryptocurrencies. So, it’s impressive that you want to learn how to connect Ledger Wallet to MetaMask because that is all […] 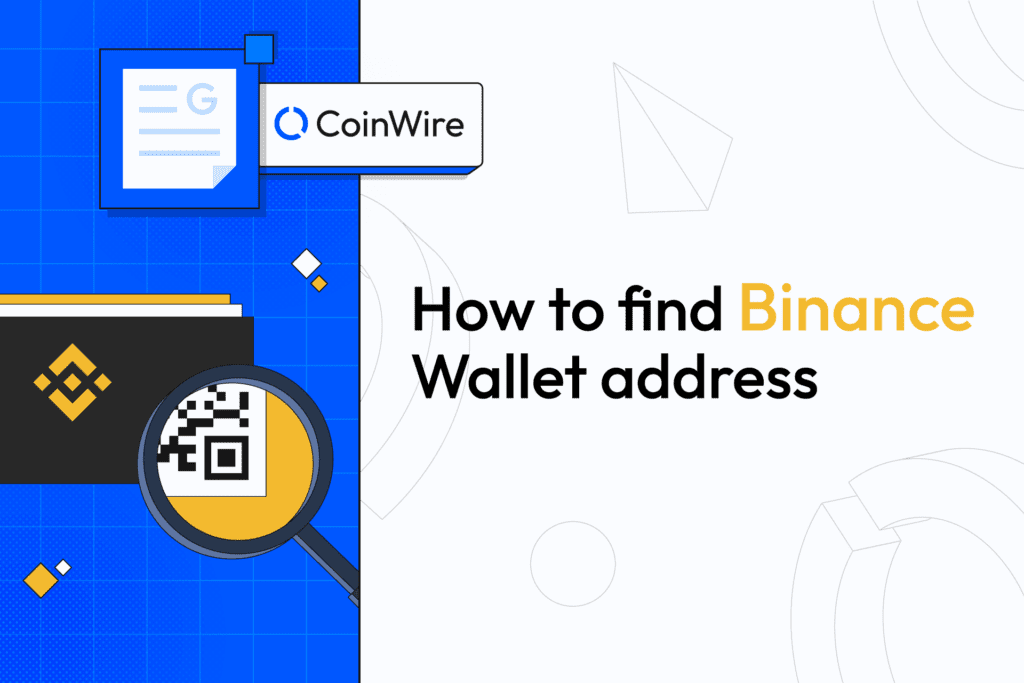 How to Find Binance Wallet Address

Follow along as we show you have to find your Binance wallet address. Our step-by-step guide will show you everything you need to know to locate your wallet address while […] 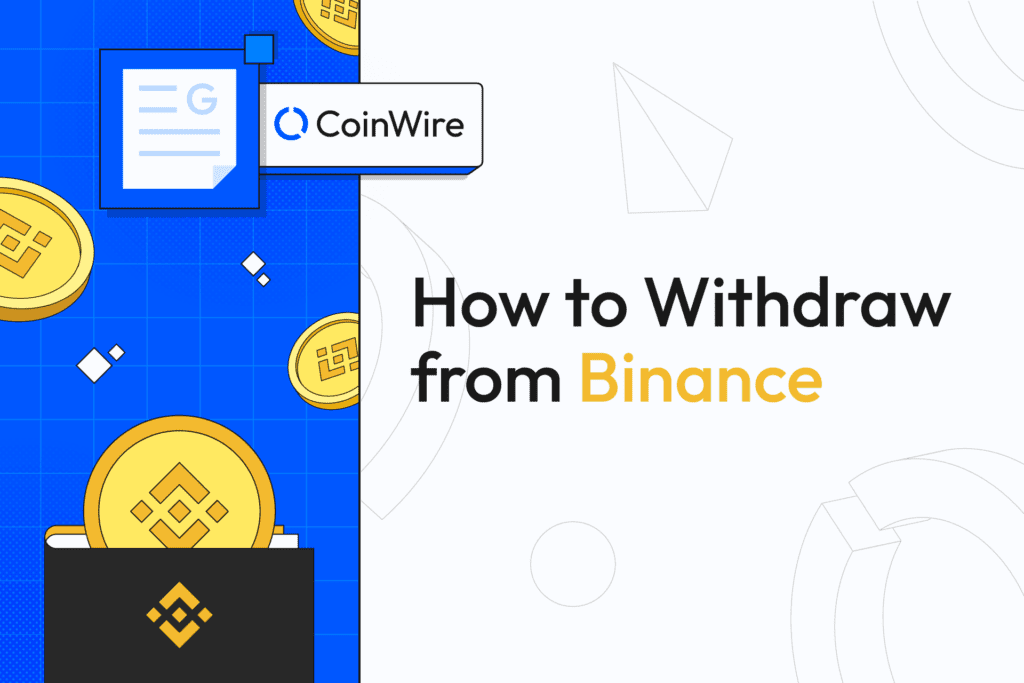 How to Withdraw from Binance

When you’re ready to take a break from buying, selling, and trading cryptocurrency on Binance, you may want to move your funds from the exchange to your bank account. When […] 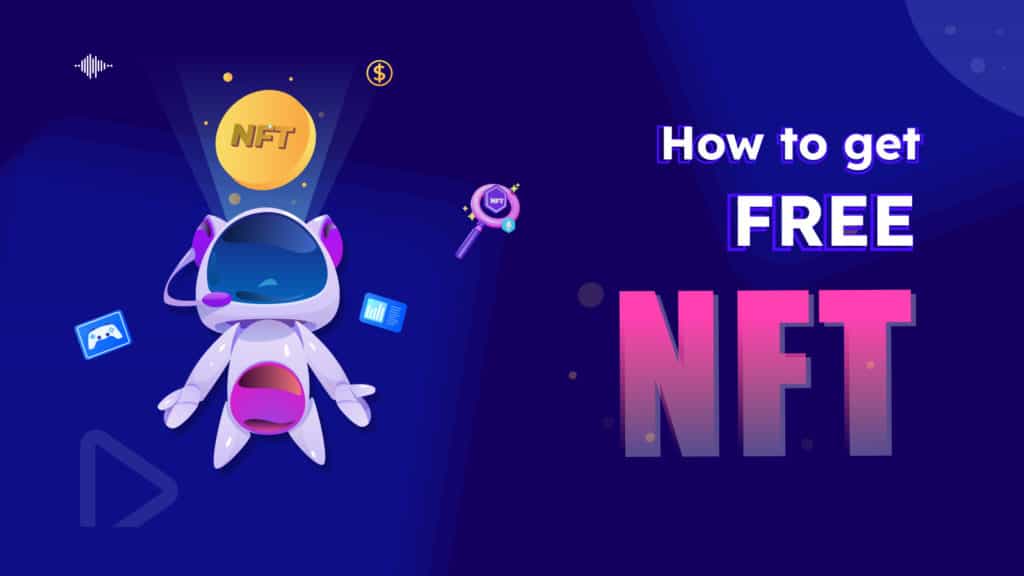 How to Get Free NFTs

Over the past year, NFTs (non-fungible tokens) have blown up. These exciting digital assets have changed the way we view and consume artwork and music and have impacted numerous other […]