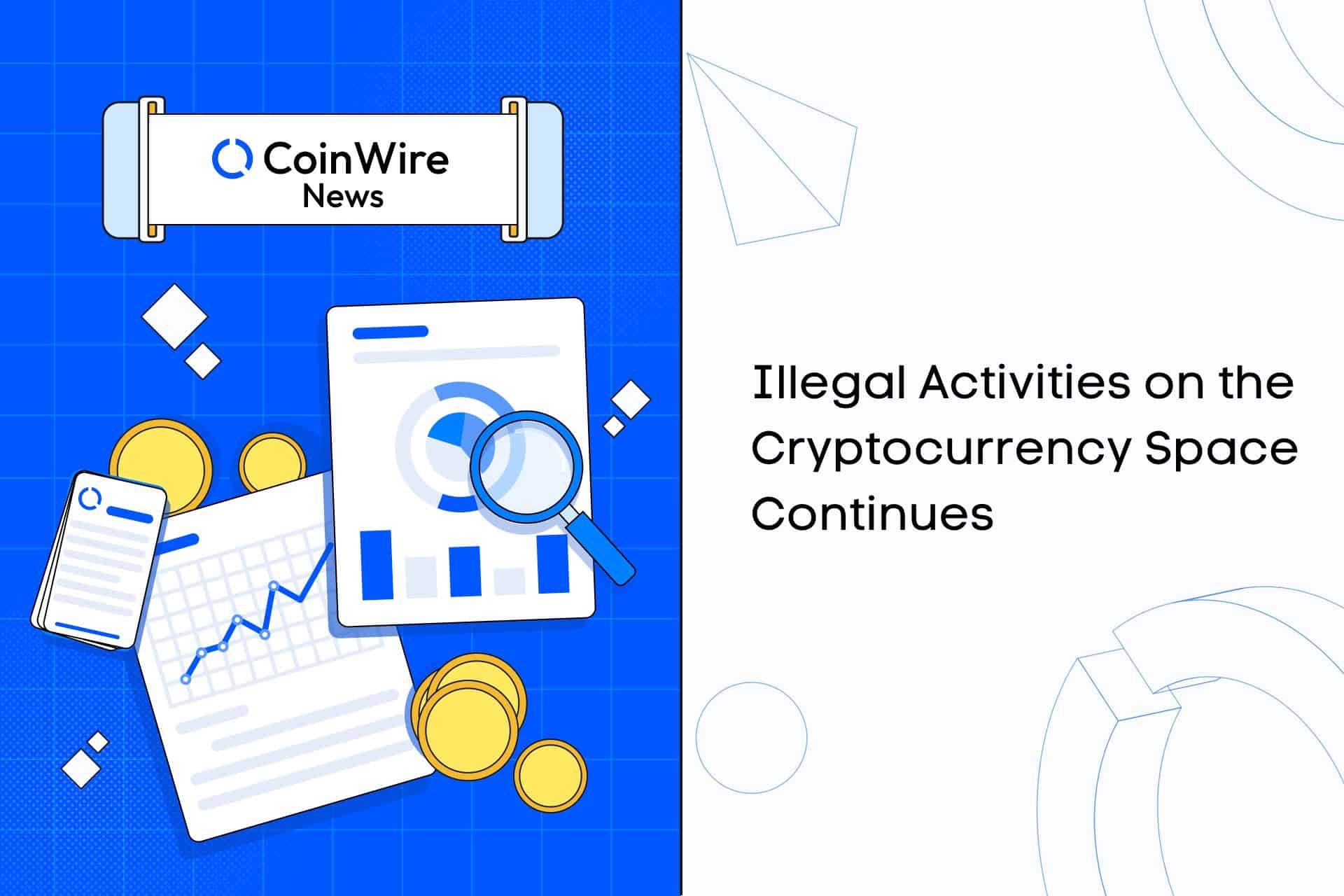 As more and more reports of fraud and illegal content involving the digital currencies are being reported, the already lengthy list of illegal activities happening in and around the crypto space continues to grow.

Three members of a gang who allegedly conned people by setting up a group chat on a social media platform to entice users interested in learning more and investing in cryptocurrencies were recently detained by South Korean police.

Additionally, an alarmingly high volume of illegal content, including live stream videos, materials involving child abuse, and many more, is shared and bought online using cryptocurrencies. According to experts, cryptocurrency offers the anonymity that perpetuators rely on to conceal their identities while engaging in illegal transactions. To combat these illegal activities, several law enforcement agencies are already in motion.

According to a recent police report from South Korea, the ringleaders of a $472,000 cryptocurrency fraud gang have already been detained. It is known that this group used the group chat feature of a social media application to entice unsuspecting victims.

As per report, the Incheon Metropolitan Police Agency claimed that they were able to apprehend three men on fraud-related charges, two of whom are in their 20s and the third is 26 years old. Ten more people are being questioned in relation to the incident in addition to those already present.

According to the officer’s report, the gang set up a group chat room on a social media site that they called the “Investment Reading Room,” and it was through this that they were able to convince a sizable number of unwary crypto-curious social media users to join.

The officers went on to say that by getting “fake investors” to join the group chat, the alleged masterminds were able to successfully “deceive” the other participants. Those so-called “fake investors” allegedly pretended to be either a licensed financial advisor or a successful investor in cryptocurrencies who had achieved great success.

The Gang’s Tool for the Said Fraud

According to the report, the 26-year-old man who was detained was thought to be the operation’s kingpin, though the police claim that other people assisted in making the operation run smoothly and “systematically committed” crimes.

The police were unable to precisely identify the suspects, but they were described as housewives, novice investors, and college students with an interest in cryptocurrencies. The police agency’s spokesperson advised the public to exercise caution when making cryptocurrency investments.

In that statement, he asserted that there is a high likelihood that anything that promises high yield returns will turn out to be fraudulent. This report is merely another in a long list of cryptocurrency frauds and scams. A cryptocurrency fraudster who defrauded victims out of about $1.7 million in Bitcoin, Ethereum, and fiat was recently given a five-year prison sentence.

As cryptocurrencies gain public awareness, more and more brick-and-mortar and online businesses are beginning to accept them as a form of payment and a substitute for fiat money. Its use for some illegal transactions is inevitable given its nature.

In addition to frauds and scams, digital currencies are now used as payment in exchange for materials that depict child sexual abuse, with the number of these incidents doubling since 2018. According to the same report, they were able to locate 250,000 websites that had material promoting child sex abuse in the previous year, and 1,000 of those identified websites accept cryptocurrencies as payment. Despite the decline in the price of cryptocurrencies, this number is anticipated to rise this year.

Cryptocurrencies are allegedly being used to pay for child sexual abuse content because the perpetrators are convinced they can remain hidden behind the anonymity of these virtual currencies, according to Detective Inspector Darren Young of the online child sexual abuse and exploitation unit of London’s Metropolitan Police.

He added that the majority of payments seen to be made for trading in child sex abuse materials or for watching child abuse being broadcast live from around the world were made with cryptocurrencies. Then he said that it would be simple for them to track it down if perpetuators used their own credit cards, but with crypto things get complicated.

The rise in websites accepting cryptocurrency payments for materials containing child sexual abuse material occurred at the same time as the market bull run of the previous year, which drove up the popularity and prices of digital assets. In which Chris Hughes, the director of the IWF hotline, claims that the widespread use and normalization of these cryptocurrencies have caused a perfect storm.

According to reports, the National Center for Missing and Exploited Children, a non-profit organization funded by the US government, received over 29 million reports of alleged child sexual exploitation in 2021 alone, a 35% increase from the reports they received in 2020.

The IWF has established a “crypto unit” that is allegedly dedicated to combating this new trend, despite the fact that there are still only a few websites that accept cryptocurrencies as payment. These websites, particularly the illegal ones, have prompted the IWF to launch this unit.

IWF is reportedly collaborating with its more than 175 members to fight online sharing and sales of images depicting child sexual abuse. In a study conducted by the Brian Armstrong-led exchange in March 2022, nearly 7,000 distinct user accounts were found to be allegedly connected to activities involving child sexual abuse content, human trafficking, or modern-day slavery. The aforementioned accounts were then given to law enforcement organizations.

According to IWF data, Bitcoin accounted for more than 50% of cryptocurrency payments made in 2022 for unauthorized transactions; the remaining percentages were made up of other well-known digital currencies, including Ethereum and Dogecoin. Hughes claims that the rising number shows that it is profitable for those who are involved because if it weren’t, they wouldn’t take any chances.