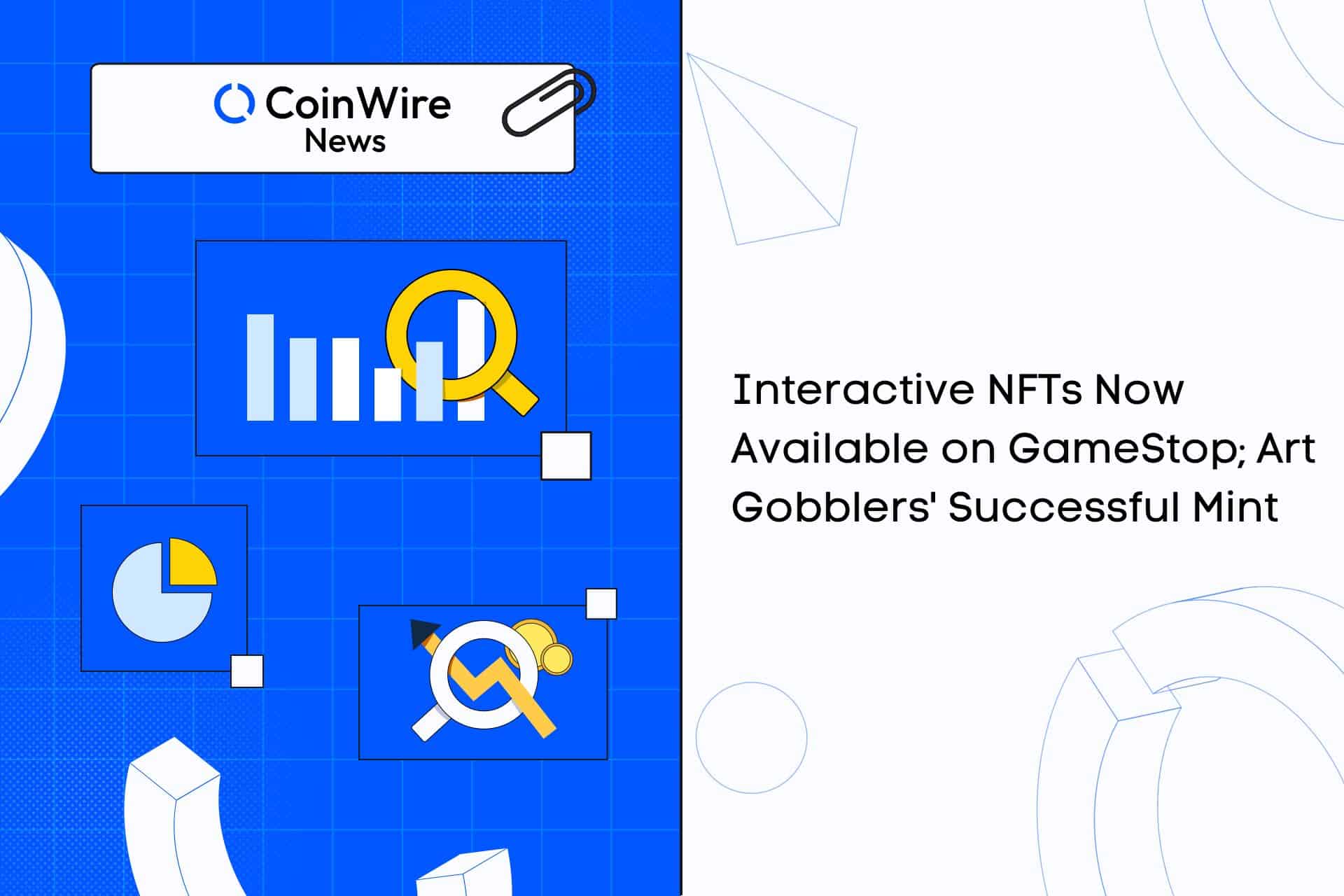 Since GameStop announced its new support for the Ethereum layer-2 scaling network, digital items from well-known Web3 games can now be purchased and sold on the said platform. The co-creator of “Rick and Morty” takes pleasure in the NFT collection’s commercial success.

The well-known video game retailer GameStop has announced new support for Immutable X NFTs, an Ethereum layer-2 scaling network. This means that digital assets from popular Web3 games can now be bought and sold on the platform.

Digital assets, including tokenized tradeable items like digital trading cards and customisable land plots from Immutable X-based games like Gods Unchained, Illuvium, and Guild of Guardians, among others, are now available on the GameStop marketplace.

According to reports, GameStop’s long-awaited NFT marketplace finally launched in July of this year. At the time of its launch, the platform only offered a small selection of digital assets, such as digital collectibles and artwork. Many Web3 enthusiasts were interested to learn how the company would integrate NFTs from interactive games when it recently announced its plans for a wider focus and market.

What to Know About the Immutable X

Immutable X is a blockchain platform that developers can use to create NFT projects more easily. It was created on top of Ethereum, the most popular decentralized app platform. Immutable X is well known to be faster and a lot cheaper in terms of game, app, and NFT interactions, in contrast to Ethereum’s mainnet transaction performance, which is known to require high gas fees and can be relatively slow at times depending on network traffic. In doing so, transactions are allegedly offloaded to a second-layer blockchain.

Behind Immutable X is the Immutable, a business that earlier this year became a crypto “unicorn.” Additionally, well-known companies like Tencent and Animoca Brands are publicly betting on the company’s vision for Web3 gaming, and these bets have helped the company reach a hefty $2.5 billion valuation through a $200 million total Series C funding round in March.

What to Know About GameStop

GameStop asserts that as of the first of the month, its marketplace has already exited beta testing and that it is now providing more incentives to traders who use its brand-new NFT platform. In this scenario, according to a company representative, the exchange would reward users by staking or locking up tokens in addition to returning 1% of their daily trade volume in the Immutable company’s IMX token. The market fee was also set at just 0.2%, but its duration was not specified.

In contrast, a report claims that GameStop NFT has only received close to 24,000 trades totaling about $29 million prior to today’s Immutable X launch. This is a long way from OpenSea, the top global NFT market, which was estimated to have generated $309 million in trading volume in just the month of October.

Despite having more trading activity than its well-known rival Coinbase, GameStop has not yet established a sizable share of the NFT market. However, a report claims that this partnership with Immutable X, which adds Web3 games to its platform, may change that.

The Art Gobblers NFT collection was created by Justin Roiland, a co-creator of the animated comedy series “Rick and Morty,” with support from Web3 venture firm Paradigm. The aforementioned NFT collection gained popularity among the crypto-native community, was free to mint, and after a short time of trading last Monday, October 31, it was able to raise 9,600 ETH, or roughly $15 million in trade volume.

Through the use of NFTs, a GOO token, and community cooperation, the aforementioned NFT collection hopes to be able to establish a “decentralized art factory.” There are 2,000 NFTs in the collection, each of which is designed to serve as a portable, on-chain art gallery.

The creations made on the project website can be “digested” by the respective owners of the digital assets and added to their “art bellies,” which will then be a curated collection that is also transferable.

The aforementioned artwork can be produced using the ERC-20 token GOO, which is obtained by owning Gobblers. According to reports, the tokenomics is somewhat complicated because after a user earns GOO, that user can create “pages” that are NFTs that serve as canvases that the user can “digest,” “trade,” or “glaminate” with original artwork.

As a sneak peek of what’s to come, both holders and non-holders can still create off-chain art on the project website until today, November 1, when the art reveal of this NFT collection was scheduled to take place. Only half of the buyers are said to be avoiding the royalty fee by using royalty-optional marketplaces like Blur and X2Y2, according to reports that the collection has a royalty rate of 6.9%. According to the reported data, the collection has been on top 10 for October sales volume in less than one day of trading.