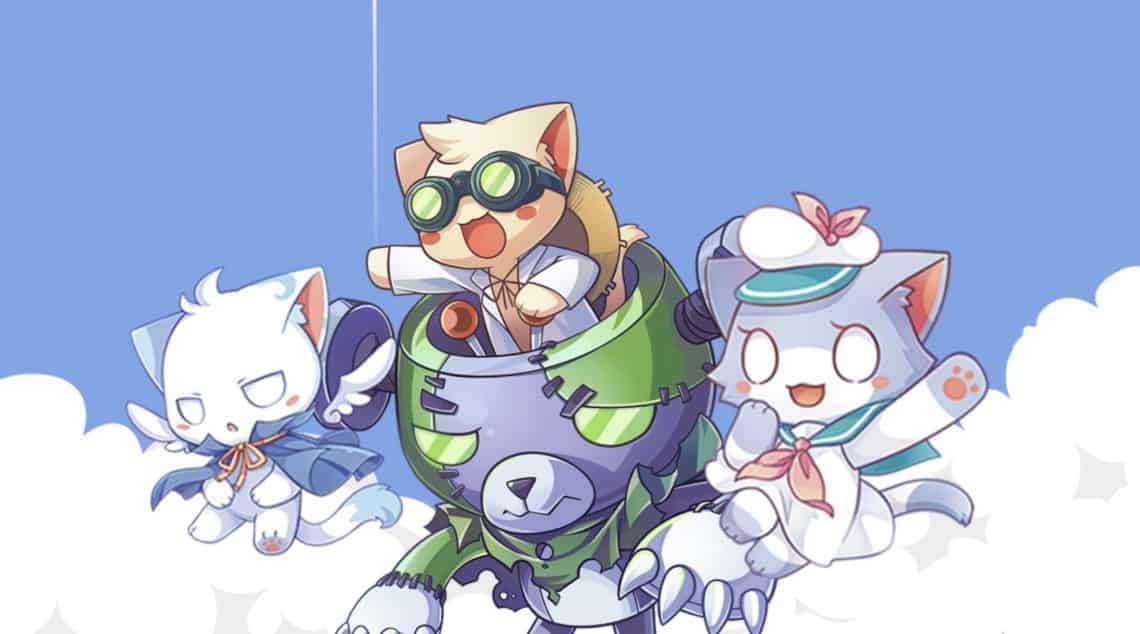 DNAxCAT is an economy in which players completely control ownership, allowing them to easily sell and exchange their game assets for cryptocurrency. DNAxCAT pioneers the GameFi and “Play To Earn” trends, allowing users to earn money while playing games.

DNAxCAT is a decentralized Cat metaverse game which is built on BSC. Moreover, in the virtual cat pet world, players can raise and breed different cute cats and fight shoulder to shoulder in the adventure world with their cats. At DNAxCAT, players have complete ownership enabling players to earn money. The platform also offers fantastic gameplay experience with unique game and character design.

Play to Earn – In the journey, users can earn prizes and collectibles. Following that, users may profitably trade and auction their collections on the NFT market.

Collect – In the game, you may acquire a variety of materials, NFT equipment, and Hero cats. Users may brag about their cat per army to their friends and fellow gamers.

Breed – Users can adopt one of the two cats to breed a new cat, take the new cat to play games, or sell it to other gamers.

Craft Items – Hundreds of items and equipment may be produced from the resources using various methods, and they can be traded freely.

Adventure – In the unique battle mode, users may complete levels with their cats and obtain very uncommon gifts.

In the YooShi GameFi system, gaming NFTs such as characters, equipment, pets, and so on are utilized as “mining machines,” with varying “mining power” based on NFT level. The concept of mining power has a significant influence in the creation of DNAxCAT’s governance token on $DXCT.

DNAxCAT’s native token is $DXCT. The majority of things in the game will be paid for with $DXCT tokens. Users may earn unique prizes by voting for Community Treasury, new game features, and game settings. They can freeze $DXCT tokens for a set amount of time in order to acquire governance for voting. Furthermore, by staking $DXCT tokens into pools, staking has become a component of the game. Notably, different pools will give varying returns such as new goods, new cats, or $DXCT coins. Users may also earn $DXCT tokens by participating in missions and Season activities.

In-game Currency: Most things in the game will be paid for with DXCT tokens.

There will be a total of 5,130 blind boxes issued, with NFTs separated into six various tiers of goddess jewels, with rubies being the rarest.

Each DNAxCAT blind box costs 0.5 BNB [Purchase link: yooshi.io]. Blind boxes was available for purchase from 12:00 (UTC) on August 10th and sold out in 4 mins.

Users purchased DNAxCAT blind boxes from BNB. After discounting with the user’s mining power level, 90% of the $BNB paid by users goes to the DNAxCAT game development team for subsequent game development and maintenance, 10% will be used as YooShi GamePad launch fees, and this portion of the $BNB will be swapped to $YOOSHI, of which 10% will be distributed to the YooShi dev team, 40% will enter the YOOSHI mining pool, and 50% will be returned to the user.

The DNAxCAT mining pool has 8 unlocked gem slots for each fighter. Each gem slot has a starting mining power level of 1.

Mining powers are divided into four levels: 2 times, 4 times, 6 times, and 8 times. Each level must stake a certain sum of $DXCT.

Five reasons you should NOT miss DNAxCAT on YooShi GamePad

The GameFi and blockchain gaming initiatives are now the most popular subjects. Axie Infinity is one of the most popular blockchain gaming initiatives right now. These ideas are steadily maturing into eye-catching technologies that are generating more interest these days. Furthermore, the DNAxCAT is the first incubating NFT game on the YooShi GamePad, making it worthwhile to invest in.

Metaverse game initiatives are also on the rise. As a Metaverse game based on cats, which is popular in Indonesia, Malaysia, Japan, and Singapore, etc. Most cat enthusiasts are sure to be interested in DNAxCAT.

YooShi is a Binance Smart Chain (BSC) token that has grown by more than 88 percent in the previous 30 days, setting a new all-time high (ATH). Furthermore, the DNAxCAT has enabled Blind Box Whitelisting on the ever-expanding YooShi GamePad. This suggests that $DXCT will shortly achieve new highs.

The initial circulation of the DNAxCAT Token is modest, but those that acquire it will gain profit from it. In addition, the platform employs the ‘first come, first served’ principle.

The game is comparable to Axie Infinity, which is currently popular. Users in these two projects can adopt one of the two cats to breed a new cat, take the new cat to play games, or even sell them to other gamers. The economic theory model is healthy.