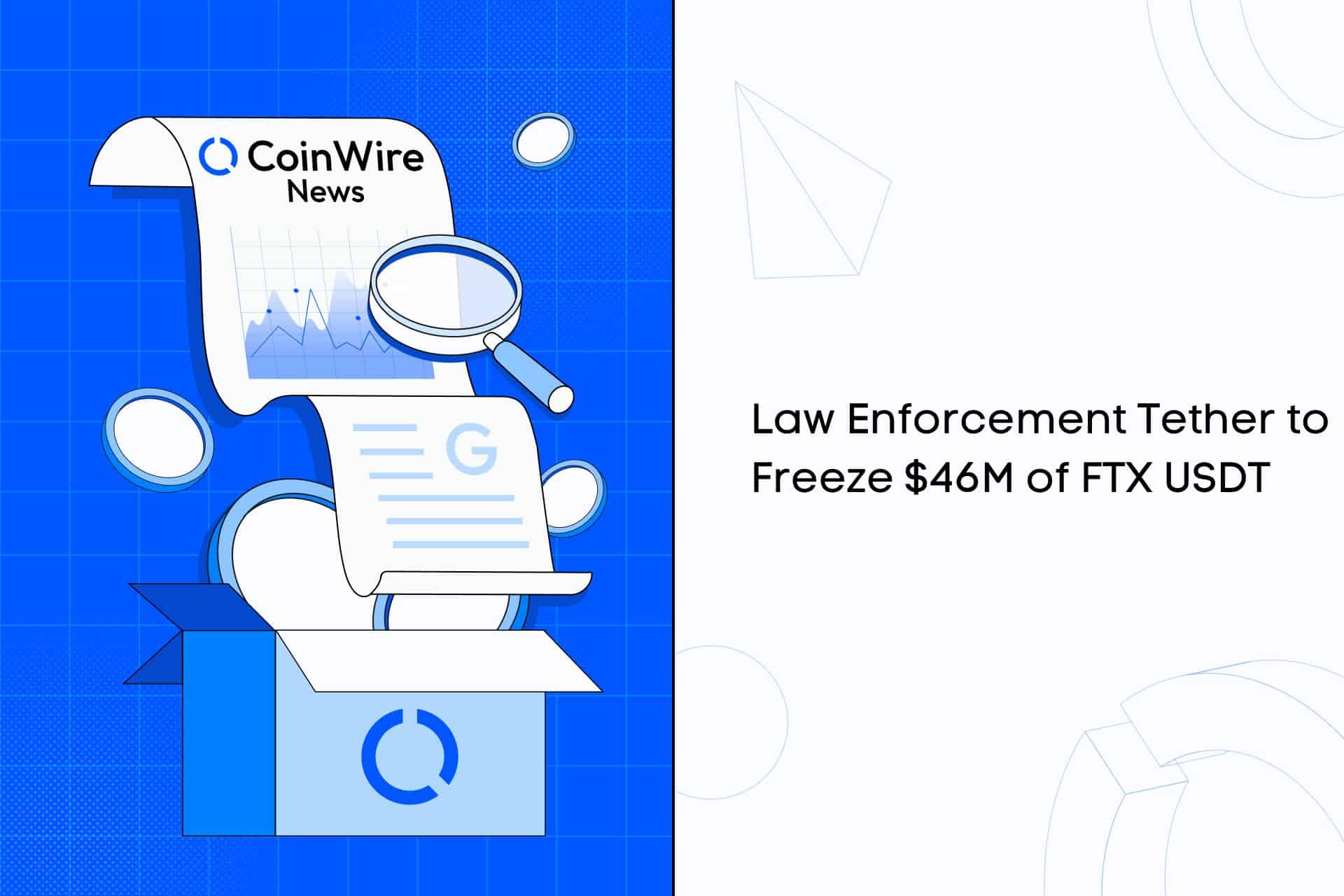 Tether, a well-known stablecoin issuer, has frozen USDT worth $46 million from the Tron blockchain of FTX in response to a request from law enforcement. The aforementioned wallet is associated with FTX, a cryptocurrency exchange platform that has suspended withdrawals this week due to a rough patch, according to Tronscan, the Tron block explorer.

Apparently, law enforcement has been asking Tether to temporarily freeze the aforementioned assets while the investigation is ongoing. Additionally, the Tether representative stated that they are no longer able to comment on the aforementioned problem. The Tether executive reaffirmed, however, that as part of their commitment to cooperation, transparency, and accountability, they have been in an open dialogue with law enforcement agencies.

Tether was seen to have frozen more than $46 million USDT that is owned by the cryptocurrency exchange platform FTX through its Tron blockchain wallet in blockchain transaction data provided by WhaleAlert on November 10 of last year.

According to reports, the assets were frozen a day after the U.S. Securities and Exchange Commission and the U.S. The Justice Department started looking into the liquidity crisis at FTX. In which a Tether representative clarified that their company only froze assets that are held in privately held wallets in response to a valid request from confirmed law enforcement agencies. The aforementioned representative added that they are not freezing exchange or service wallets.

According to reports, the freeze placed on FTX’s wallet was the first of its kind. On the same day that the announcement of the freeze was made, Japanese authorities also ordered the troubled cryptocurrency exchange to cease operations in the nation after the exchange stopped accepting withdrawals. According to a statement made by a Tether representative, the current unrest involving the cryptocurrency exchange FTX and its sister company Alameda Research does not necessarily represent the entire cryptocurrency industry.

The spokesperson went on to say that their business has no connection to either FTX or Alameda Research. They also boast that the assets backing their reserves are greater than the liabilities, and that Tether tokens are fully backed by those reserves. The company, according to the spokesperson, has a solid, conservative, and liquid portfolio built around cash, cash equivalents, and US Treasury securities.

A spokesperson from Tether explained that assets were temporarily frozen “while an investigation occurs,” as per the Tron block explorer the said assets belong to the troubled crypto exchange platform, FTX, which is going through a rough patch due to the liquidity crisis it is currently facing.

This information was revealed at the same time that Tether (USDT), the largest stablecoin in the world, fell by as much as 4% and lost its peg to the U.S. dollar. At the time of writing, the stablecoin is trading at $0.96. As was already mentioned, Tether has clarified that their company is totally unrelated to Alameda Research or FTX amid a number of rumors going around.

Stablecoins are cryptocurrencies that are linked to another fiat currency, good, or financial instrument, making them immune to market movement and preventing value fluctuations. However, FTX’s turmoil has significantly impacted the crypto and NFT industry, which is why Tether’s (USDT) dip is being attributed to.

Then, Tether posted a message on their website claiming that the trading prices of USDT are expected to fluctuate during times of market turbulence and that this has already occurred due to the demand for liquidity that exists on that exchange’s order books and that this price fluctuation has nothing to do with their ability to maintain their peg or the value or composition of their reserves.

Cryptocurrencies are still not widely accepted despite being the talk of the town and having a bright future, and the instability of stablecoins and the turmoil at FTX have further undermined investor confidence.