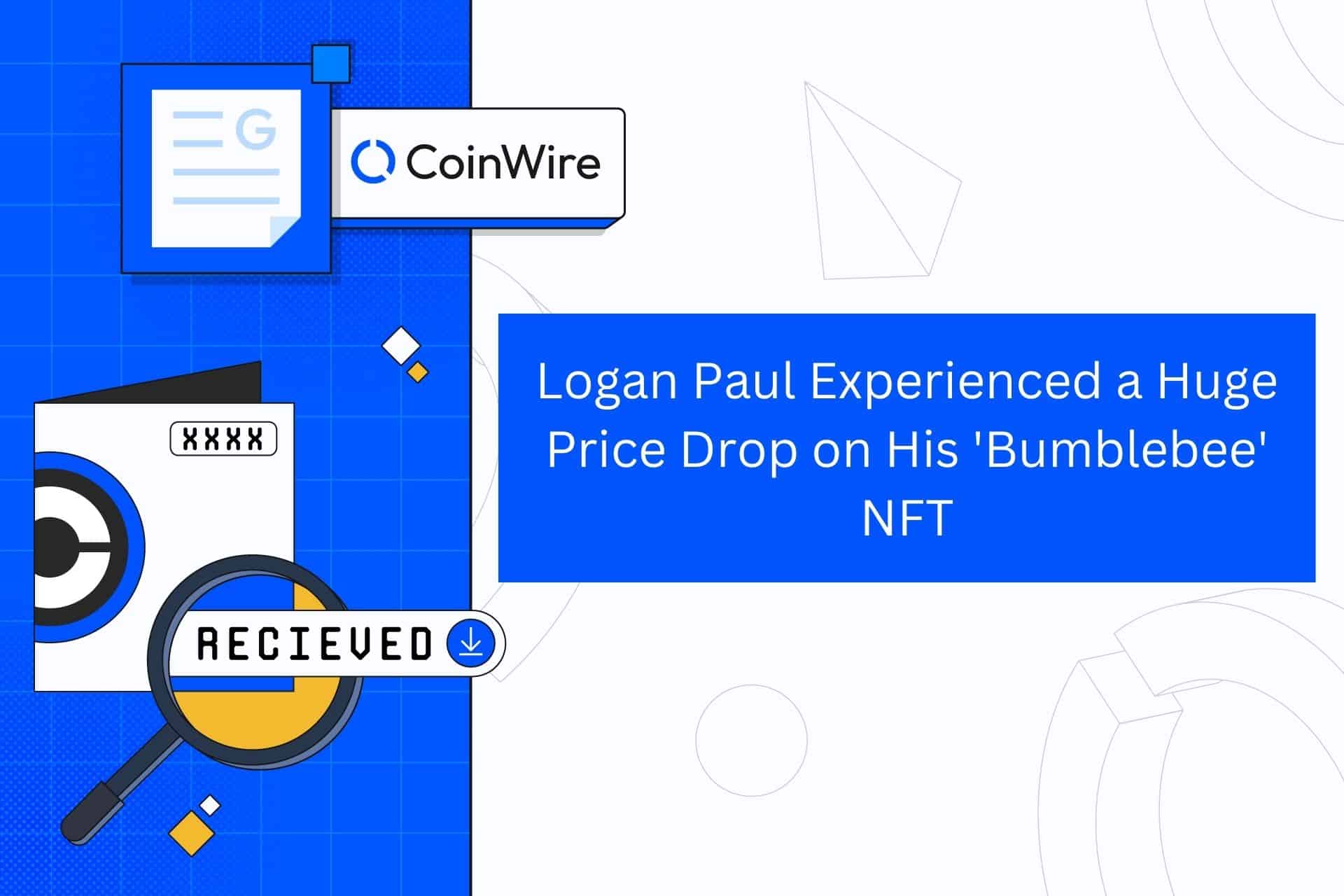 Logan Paul, a well-known YouTuber, is reportedly having a lot of trouble with his NFT business right now because the price of his most expensive piece of art has plummeted from $620,000 to just $10!

The YouTube star is rumored to have spent $2 million of his riches on digital assets like NFTs. The Azuki Bumblebee, which is claimed to have originally sold for $620,000, was his most expensive piece of art.

The significant decline in the value of the hit NFT collection is attributed to the current “crypto winter,” in which the value of cryptocurrencies has been declining for protracted periods, lowering the cost of connected goods and services.

The well-known American YouTuber Logan Paul is notorious for spending lavishly, and in August of 2021, he reportedly spent $620K on a single NFT, the Azuki’s Bumblebee NFT. Despite the fact that the aforementioned NFT is currently only $10, it still ranks as one of his most costly purchases to date.

Logan Paul has already acknowledged in part that his Bumblebee NFT is “worth virtually nothing” back in July 2022. That’s why it wasn’t all that shocking when Wall Street Silver reported that Logan Paul’s Azuki ‘Bumblebee’ NFT pricing had dropped. The analyst invited his 312,000 followers to share their own opinions by tweeting that Paul’s $623,000 Bumblebee NFT is now only worth $10.

Despite the recent art disaster that Azuki has gone through, it continues to be one of the most “coveted” collector NFTs available, purportedly because of its inventiveness and labor-intensive manufacturing.

Logan’s “L” in his NFT project is thought to have its roots in the present market condition, known as “Crypto winter,” in which asset prices have been at all-time lows for an extended period of time and some have even plummeted.

The NFTs have also been negatively impacted by the crypto winter, as seen by the fact that, like Paul, a number of recent digital purchases have lost more than two-thirds of their original prices. He is regarded as one of the unfortunate investors who suffered a significant loss as a result of the crypto winter.

Despite the unfortunate incident involving his NFT possession, Logan Paul keeps a positive attitude and keeps working on Web3 projects. In fact, he recently finished his 99 Originals line, which is said to have brought him millions of dollars in profit.

The YouTuber said in a tweet that he bought an NFT over a year ago that is now practically worthless, but that he was able to recoup at least $20K of his investment by creating an exact reproduction of the Bumblebee helmet graphic shown on Azuki’s NFT.

The price of the Azuki Bumblebee is not the only “L” Paul has encountered in his Web3 endeavor; back in August of 2021, he also disclosed that he had purchased the Genesis Rocks #65 and #68, which were worth $155K when combined. However, the price of the #65 reportedly decreased by $25.

Cryptocurrencies, NFTs, and Stocks During the Crypto Winter

The “crypto winter” is being felt in a number of markets, not just the cryptocurrency market, where a stablecoin has already crashed. Bitcoin, the largest cryptocurrency by market capitalization, has been spending its days in a sideways pattern lately, taking it down about 2% and most recently trading at $19,050.

Ethereum, a well-known player in the cryptocurrency industry, was recently observed trading for less than $1,300. While other well-known altcoins have witnessed declines of over 13% and 10%. but well-known meme cryptocurrencies like DOGE and SHIB are both down by over 8%.

It was estimated that the volume of NFT trading had decreased from $17 billion in January 2022 to $466 million in September 2022. The Ethereum NFT sales did have a temporary uptick following the Ethereum Merge in mid-Sep, so there is still optimism for the investors. 2022.

After a four-day losing streak, the stock market was also observed to be in the red, with the Nasdaq plunging by 1% and the S&P 500 and Dow Jones Industrial Average (DJIA) both falling by a little fraction of a percentage point.