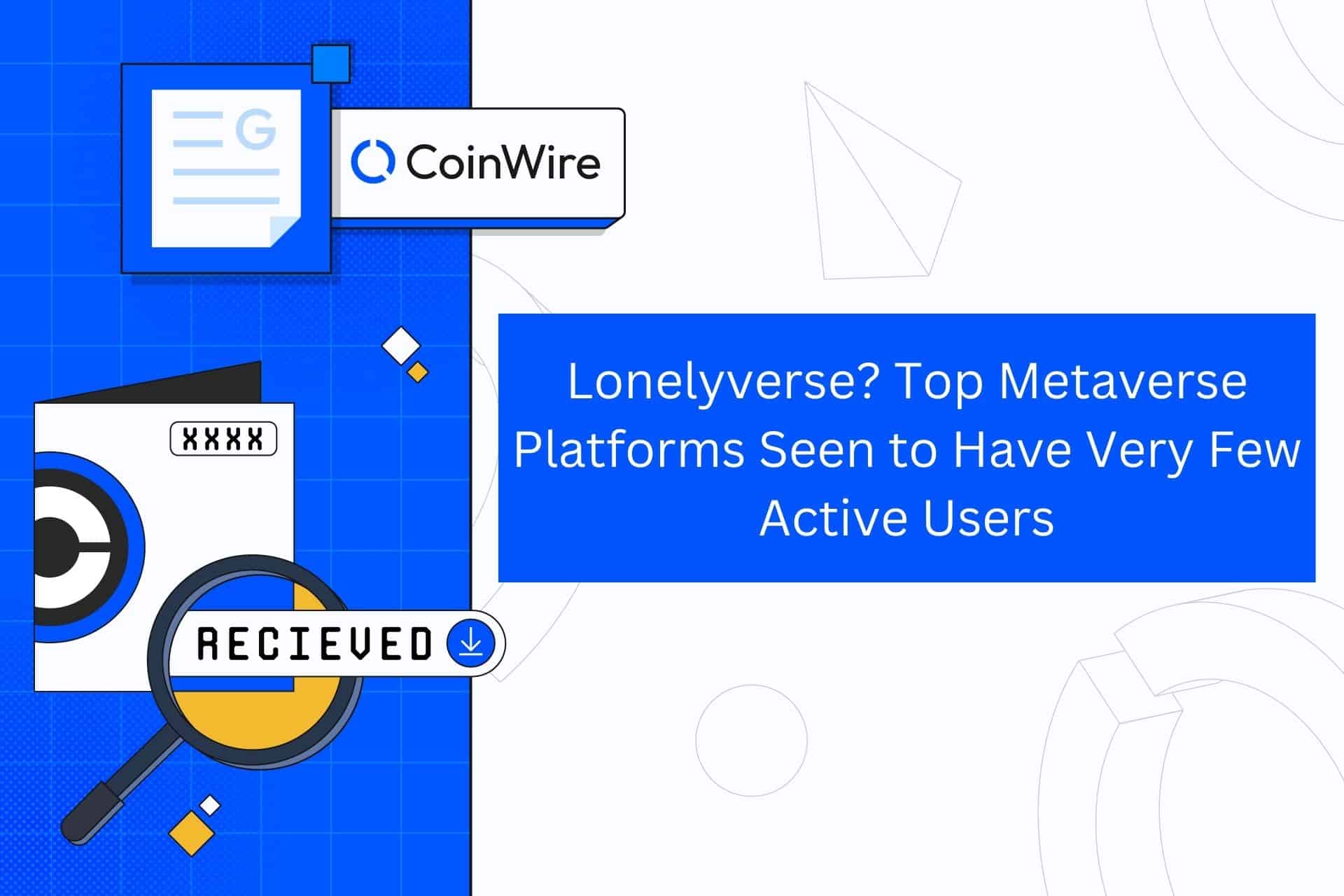 Despite having multibillion dollar market values, two of the major GameFi platforms, Metaverse Decentraland and Sandbox, have been seen to be struggling to sustain active user bases for weeks now.

One of the terms and projects that generated a lot of buzz in 2021 was the “Metaverse,” which was popularized by a number of internet businesses, including Meta. Many others were eager to learn more and give it a try because it had been the talk of the town for a time. This led to the creation of various worlds in the metaverse, but these regions now appeared to be deserted.

According to reports, the Web3 space community appears to have lost interest in the metaverse game. Two of the biggest GameFi platforms, Metaverse Decentraland and Sandbox, are reported to be failing in maintaining active users despite having multi-billion dollar market valuations, according to statistics from the DappRadar, a service that offers insights into decentralized apps.

According to DappRadar only 379 Metaverse Decentraland daily active users and 616 Metaverse Sandbox daily active users were present on October 10th, according to the study. Despite this, the market value of both GameFi ventures is above $1.2 billion. According to DappRadar, “active users” are defined as distinct wallet addresses that engage with a certain Dapp’s smart contracts. In other words, it may exclude users who are simply exploring the metaverse without engaging in any smart contract transactions.

However, unlike Web2 games like Axie Infinity or Alien Worlds that need players to engage with the smart contract regularly, users are not obliged to make transactions frequently in Sandbox and Decentraland, which in some ways explains why there aren’t as many active users.

However, statistics like DappRadar continue to be optimistic and assert that consumers’ interest in virtual worlds is still present. The aforementioned market expert went on to say that reduced trading volumes are just a reflection of falling asset values, not necessarily a sign of a lack of interest. The enthusiasm around these metaverse initiatives, according to a DappRadar official, has not reduced; rather, it has been impacted by the decline in bitcoin prices.

According to a different DappRadar analysis, the reported 75% decline in the floor pricing for NFT land plots is thought to be the cause of the decline in trading volume. Despite the value of any piece of real estate being subject to change, DappRadar further noted that “Metaverse real estate is now severely devalued.”

With the help of this report from DappRadar, the analyst addressed a prior one that had been misinterpreted by some users, who believed that well-known metaverse projects like Decentraland had less than 40 daily active users. They said that they do not include non-spending users or “non-blockchain based activity” when determining the value of any piece of real estate.

Is Metaverse the Future?

According to the report, the metaverse has the potential to create up to $5 trillion in value by 2030, making it inevitable given that, as stated in the DappRadar quarter three report, it has a big influence on both our professional and personal life.

According to the paper, Meta’s Connect event demonstrated that the metaverse would not displace the real world or the ties that bind people together; rather, it will simply supplement them and allow for unlimited movement between them. In essence, the metaverse aims to expand human experience rather than limit it. The research did emphasize, however, that team leadership is essential to achieving this objective.

Companies from a variety of sectors, including entertainment, retail, fashion, and even sports, are gradually making their way into the metaverse. They already have a solid brand reputation or name in the real world, and they also want to create it in the online environment. Nobody really knows, but one thing is certain: it’s either their new strategy for connecting with their target demographic or a method to safeguard their legacy going forward. Although the metaverse may not be the future, it is here to stay.