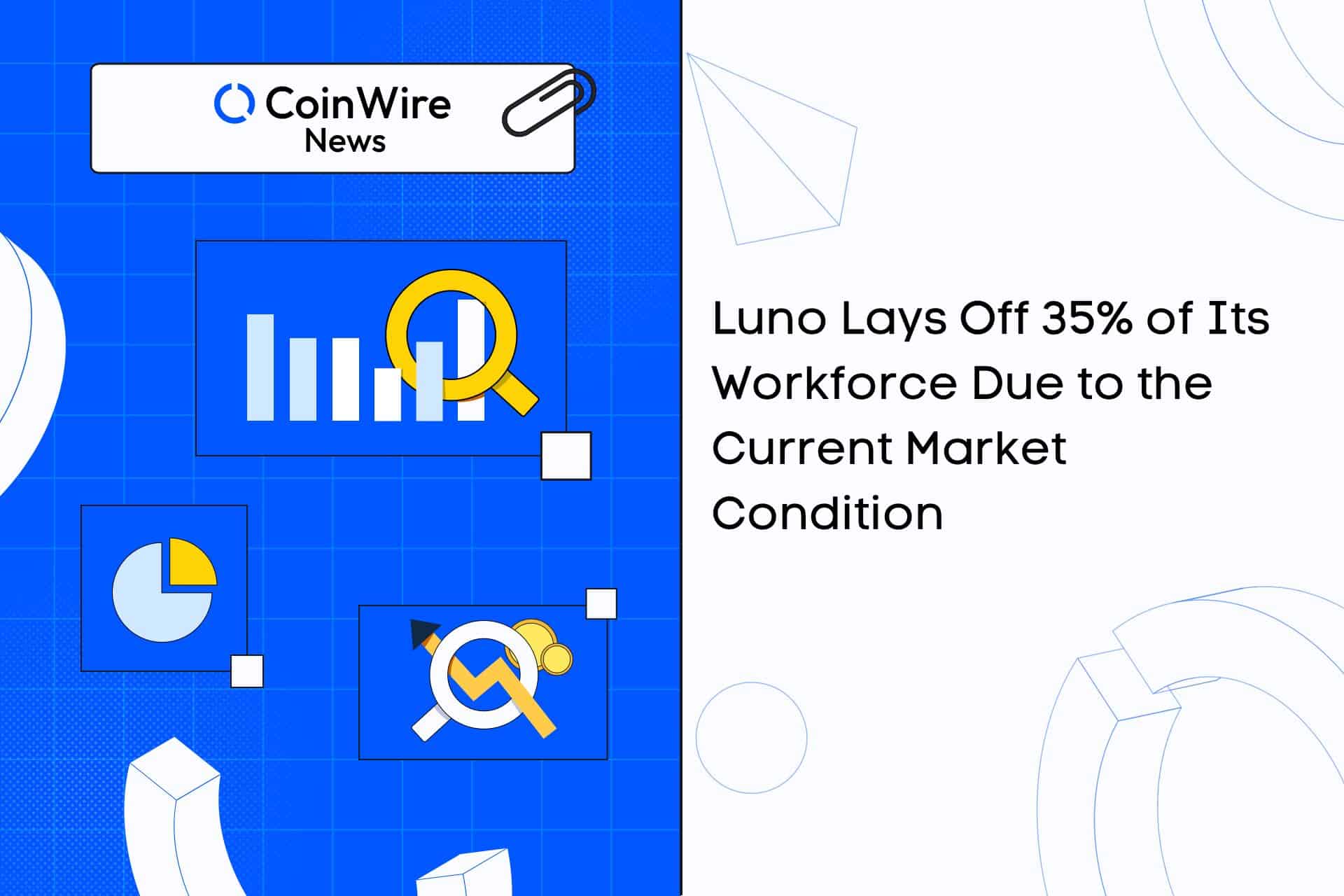 Luno, a cryptocurrency trading platform owned by the Digital Currency Group, has added its name to the lengthy list of cryptocurrency businesses that have laid off staff. According to reports, 35% of Luno’s global personnel are leaving the company. Marcus Swanepoel, the company’s CEO, made the announcement of the aforementioned layoff during a town hall that was live-streamed.

In which the CEO claimed that 2022 had been a difficult year for the whole IT industry, particularly cryptocurrency. Then he admitted that his company, Luno, had not escaped the aforementioned market turmoil unscathed. The aforementioned event reportedly had an impact on the growth and sales figures of their business.

According to their LinkedIn site, Luno now employs 960 people, 330 of whom will be affected by the aforementioned layoff. The company’s marketing division will feel the effects of the aforementioned layoffs strongly. The crypto community was then reassured by a corporate spokesperson that the alleged layoff will have little to no effect on important operations and compliance teams.

After Genesis and one of its competitors, Gemini, got into a dispute over a loan deal that produced lucrative returns for Gemini consumers through Gemini Earn, Gemini’s high-yield lending product, the aforementioned bankruptcy case came to light.

Gemini clients reportedly have around $900 million of their cash held on Gemini Earn, according to reports. Genesis has stopped accepting withdrawals for the aforementioned service after lending the money to significant institutional borrowers.

Some consequences of the market slowdown described as a “crypto winter,” which is said to have begun when the contentious algorithmic stablecoin terraUSD plummeted, include the collapse of cryptocurrency enterprises and the layoff of personnel. Additionally, the Federal Reserve’s increasing interest rates have increased the pressure on market participants.

Even though Bitcoin managed to rebound at the beginning of 2023, the fact that the market for all cryptocurrencies has lost around $2 trillion in value since the pinnacle of the bubble in November 2021 remains unchanged.