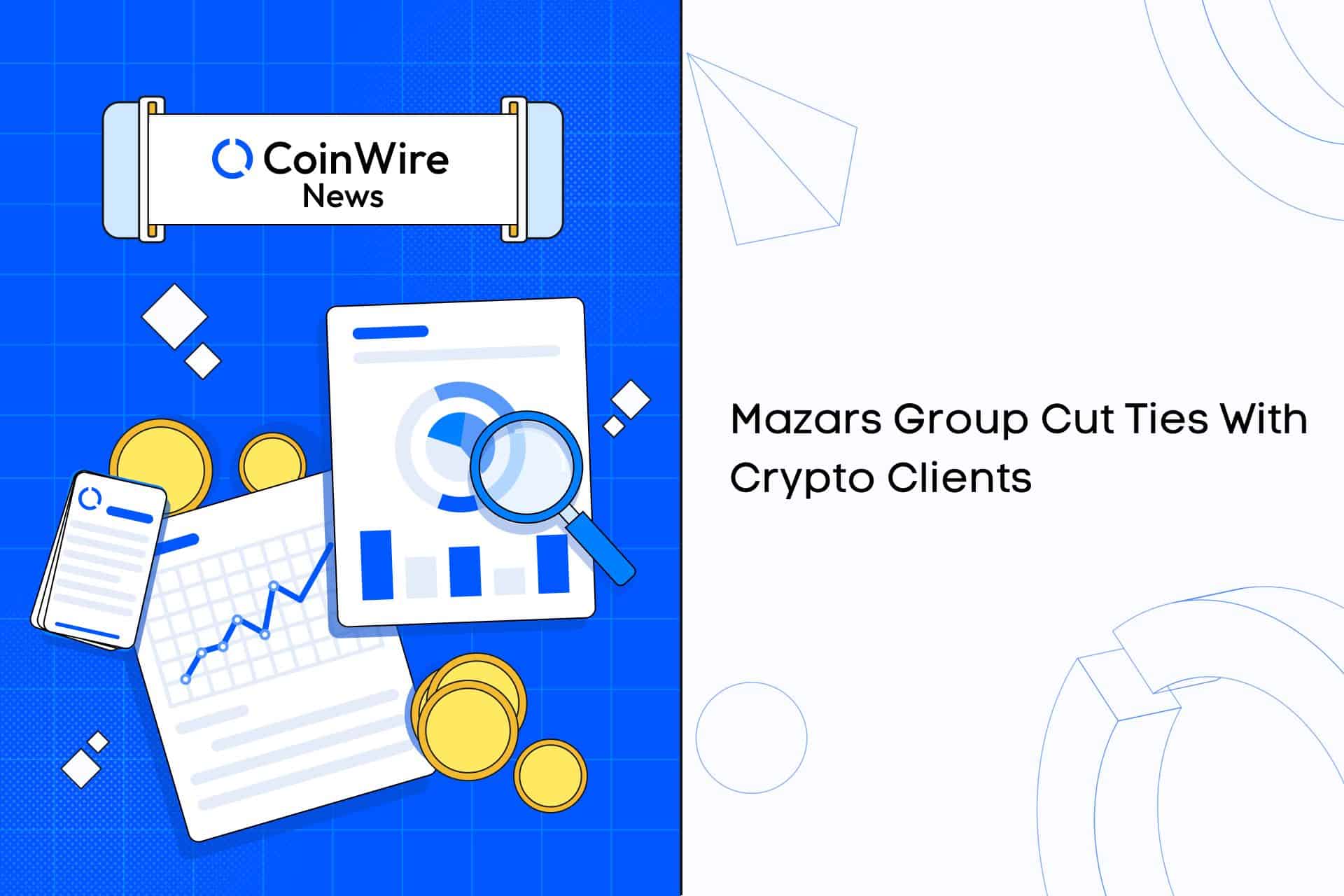 The accounting and consulting firm Mazars Group has announced that it is ceasing all work with its cryptocurrency company clients, including Binance, KuCoin, and Crypto.com. This announcement comes shortly after Mazars Group released “proof of reserve” reports for a number of digital asset exchanges.

Following the demise of FTX, cryptocurrency exchange platforms have been publishing “proof of reserve” reports to demonstrate their solvency and demonstrate that they have sufficient funds to pay for customer withdrawals. By doing this, cryptocurrency exchange platforms reportedly set themselves apart from FTX, which is currently under investigation for years of allegedly misusing customer deposits before declaring bankruptcy.

Due to growing worries about how the public interprets these reports, Mazars Group is reportedly ceasing its activity in relation to Proof of Reserves Reports for businesses in the crypto industry. The Mazars Group has stated that proof of reserves reports are “performed in accordance with Reporting Standards relevant to an Agreed Upon Procedures report” in an announcement they have released.

The same statement made it clear that Proof of Reserves Reports are only limited findings based on agreed-upon procedures carried out on the subject matter at a historical point in time, not an assurance or an audit opinion.

Clients of the Mazars Group

A five-page proof of reserves report for Binance was previously published by Mazars Group in the first week of December; however, the report is no longer visible on the platform’s website as of this writing.

Another exchange platform, Crypto.com, published a proof of reserves audited by Mazars in the first week of December of this year. This document attested that customer assets were held on a 1-to-1 basis, which essentially meant that all deposits were 100% backed by Crypto.com’s reserves.

Along with Binance and Crypto.com, KuCoin asserts that Mazars has already delivered its proof of reserve report. In which a representative from the aforementioned platform said that they were willing to cooperate with any top-tier audit to present the third-party verification report in the future.

The CEO of Binance Zhai recently stated in an interview that his platform has been working with various auditing firms—he did not name them—and that many audit firms are somewhat hesitant to work with cryptocurrency businesses.

The CEO went on to say that some auditing companies had examined FTX and received criticism for their seal of approval. The CEO also stated that not all issues were revealed in the reports from the aforementioned auditing firms, and he claimed to be unaware of how they examined the defunct exchange platform. Even more outrageously, he asserted that the relevant auditing firm “don’t know how to audit user assets, different blockchains.”

After more than a month since the FTX collapse, investors’ worry about Binance, the largest cryptocurrency exchange platform, is still increasing. As a result, BNB, Binance’s native token, has reportedly lost 15% over the past two weeks and 6% over the past day.

The aforementioned native token was created for use in 2017 and, at the time, was the fifth most valuable cryptocurrency in the world with a market cap of about $39 billion. The bankruptcy proceedings of FTX are the most recent problem affecting this token that is threatening Binance.

The first outside investor in FTX was Binance, the report claims. It reportedly received a payment last year when it sold its equity position that was about $2.1 billion.

As FTX navigates bankruptcy court and trustees look to recover any fraudulent conveyances made by FTX to outside businesses or investors, the CEO of Binance Changpeng Zhao recently dismissed the concern that his company might see that money clawed back. After that, the CEO gave his platform’s success a guarantee.

However, a number of cryptocurrency investors have already expressed skepticism toward the assertions made about the financial stability of their companies by top executives of crypto firms. The reason was that, prior to FTX’s demise, its former CEO Sam Bankman-Fried claimed via Twitter that the platform’s assets were doing “just fine,” despite the fact that the executives were already aware of the ongoing liquidity crisis that had forced the platform to file for bankruptcy.

The former CEO, Bankman-Fried, was detained earlier this week in the Bahamas and has been accused of fraud and money laundering by US prosecutors. In addition, the recent high withdrawal demands have added additional stress to Binance’s back. In which the CEO asserted that Tuesday saw about $1.14 billion in net withdrawals.