MDEX will start 1st phase of IMO with CoinWind.com

by Crypto Daily
in News, Market 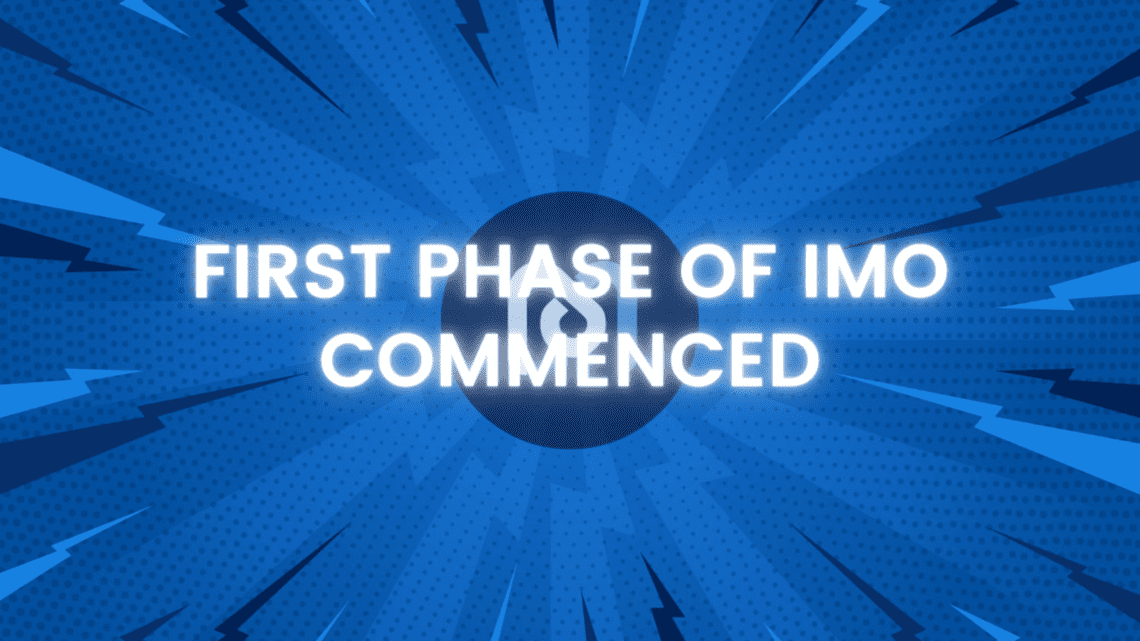 MDEX is committed to building a DeFi platform that integrates DEX, IMO and DAO to provide a one-stop services to more quality assets. According to the Roadmap, the first MDEX IMO is going to be launched on May 25, 2021 and the first project it welcomes is the well-known earning aggregator CoinWind.

IMO is a transparent, open and customized financing service MDEX provides for blockchain projects, including project listing, fundraising and initial customers attracting, etc.. It is a listing approach of low threshold and relative fairness.

CoinWind IMO will be launched on both BSC and HECO.

The mechanism of MDEX IMO

There are two ways to participate in MDEX IMO

Users can participate through swap MDX directly with project token-COW. When the IMO is over, users will receive token rewards based on the swap rate as well as their contribution. MDEX IMO adopts an over raising method, that is, there is no upper limit in MDX investment. The number of project token rewards depends on the proportion of the user’s contribution to the overall funds raised.

Supposing the swap rate for CoinWind IMO is 1 MDX=4 COW. A user contributes 1,000 MDX and if CoinWind successfully reaches its raising goal, the user will receive 4,000 COW; and if the CoinWind raises more funds twice as much as its goal, then the actual contribution from the user is 500MDX, making the COW rewards received 2,000. The rest 500 MDX invested will be returned to the user.

For instance, CoinWind allocates 750,000 COW for MDX/BNP LP tokens and a user contributes 0.1% liquidity to the MDX/BNB pool. The ultimate rewards then will be 7,500 COW.

If the project fails to reach the financing goal, then IMO will be cancelled. All MDX and LP tokens will be returned to users.

For IMO platforms, what’s the most important is project quality—the basis for high investment return. Projects listed on MDEX IMO are subject to strict screening procedures. Based on its insight into the blockchain, MDEX selects high-quality projects that have excellent innovation, advanced technology, and a promising future. Being the gatekeeper, MDEX dedicates itself to setting the bar high to ensure project quality. When the IMO complete, MDEX also provides the project with full-range support in technology, finance, and community, etc., to maximally sustain its high quality and protect users’ interests.

Quality assets can bring sustainable revenues to users and thereby attract users’ active participation in IMO, which will form a virtuous circle. When a large volume of assets and users accumulate on MDEX, MDEX will then become the first choice for quality projects to list their project and secure finance. In this way, IMO provides a new traffic entrance for and brings continuous users as well as funds to MDEX in the ever-heated competitions in DEX

对于项目方，通过MDEX的 IMO能够直接面向社区进行融资，还可以享受到MDEX为项目方提供从代币发行到建立流动池的一系列服务，进而更顺利地完成代币的价值发现；此外IMO作为一种营销手段，能够让项目在启动之初借助MDEX的流量和资源获取关注度，帮助项目完成冷启动。
In the traditional IMO model, the existence of scientists and whale investors deprives ordinary investors the chance to get low-price tokens of quality projects, which leading to unfairness in the primary market. In the MDEX IMO, all users are participating via one channel and have the same start line. Over-raising mechanism distributes project tokens in proportion to investment share, and thereby dispenses itself with the monopoly by whale investors. All participants are eligible to receive a corresponding amount of token rewards based on their contribution, which greatly guarantee a fair participation.

MDEX IMO 通过对项目的严格筛选，保障了平台项目的质量，项目方在IMO上获得资金和流量之后，能够拥有更加健康的发展环境，而项目的成功又将反哺MDEX生态，两者的相辅相成能够让投资在本币MDX和项目代币上的用户获取高额的回报，从而构建一个可持续的 IMO生态平台。
Summary
The birth and popularity of DeFi has encouraged many projects to start IPO on DEX platforms. IMO will be the next major financing method in DeFi as it provides users a fair opportunity to participate in investing in the primary market, which is a booster for the bull market and a protector for the bear market. It is for this reason that DEX projects are competing for decentralized financing platforms to attract more traffic.

MDE IMO strictly screen projects to ensure their high equality. When being selected, the project will receive financing and traffic support from MDEX, thereby having a rather health environment. In turn the success of the project will benefit MDEX. Such a mutually beneficial relationship enables users to secure high yields from investing in the native token MDX as well as the project token. In this way, MDEX manages to create a sustainable IMO ecological platform.