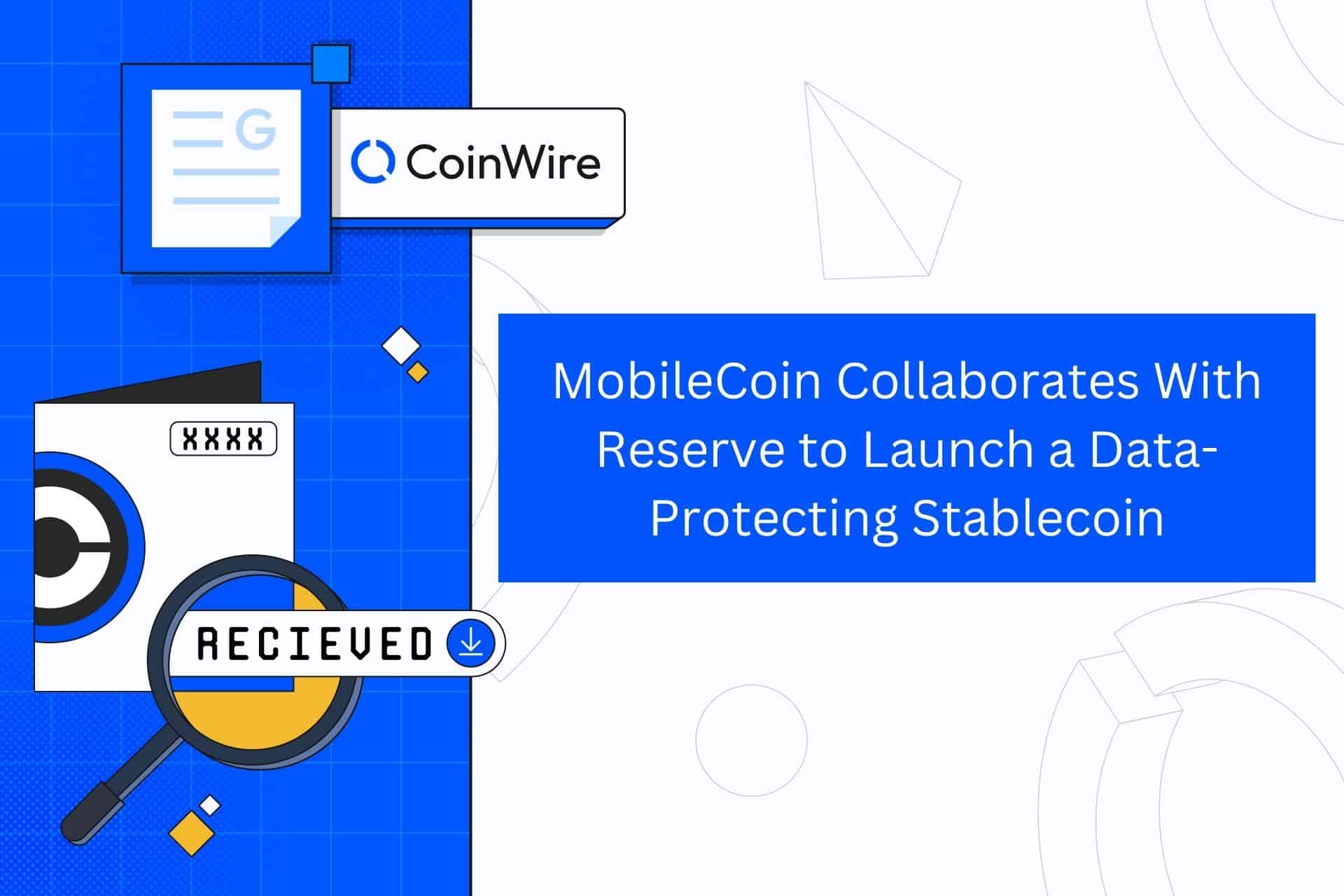 According to MobileCoin, this unique stablecoin would be backed by well-known stablecoins such as USD Coin, Pax Dollar, and trueUSD. Individual transactions in this stablecoin will be encrypted using end-to-end zero-knowledge encryption, which means that only those involved in the transaction will be able to view their transactional data.

This is made possible through the use of zero knowledge proofs, which are known to be a method of providing something without revealing sensitive information in return. The Electronic Dollars (eUSD) are said to be based on the MobileCoin blockchain, which is optimized for mobile devices.

To begin, this new unique stablecoin will inherit the features of MOB, MobileCoin’s native cryptocurrency, and users will be required to pay a transaction fee, which is currently estimated to be $0.0026 per transaction at the time of writing.

According to MobileCoin’s whitepaper for eUSD, this stablecoin is the first of its kind, as there has yet to be a stablecoin that does not require the use of ‘non-private’ transaction technologies to be used normally. Furthermore, it is claimed that this is the only stablecoin with privacy properties, making it a first-class citizen in the ecosystem.

The Nature of eUSD

A confirmation from the governors is required before minting a new eUSD. This is to confirm that the corresponding amount of collateral has been transferred to the Safe wallet. The collateral will be stored on the Safe, which is an Ethereum multisignature (multisig) wallet formerly known as “Gnosis Safe.”

According to MobileCoin’s chief innovation officer, Henry Holtzman, anyone can inspect the contract that allegedly holds the basket of collateral, which means users can see what the current balances are. The officer stated that they are using Gnosis safe, which is regarded as one of the most highly regarded contracts on Ethereum for asset storage.

In terms of eUSD redemptions, the token is now temporarily regarded as “verifiably burned,” and the elected governors must release the corresponding collateral. Verifiable burning occurs when the burned eUSD is sent to a “burn address” that makes it “visible” for the purposes of transparency while remaining “unspendable.”

Only those who have been approved as liquidity providers will be able to mint large amounts of this stablecoin. According to Joshua Goldbard, the CEO and founder of MobileCoin, these liquidity providers will be creating the eUSD in bulk, whereas individuals will have a simpler experience because they will be purchasing the eUSD on an exchange. To summarize, ordinary users would not be involved in the burning and minting of this stalecoin.

MobileCoin will use a “reserve-auditor” to create attestation reports that confirm the existence of assets matching the stablecoin’s circulating supply, which is said to be different from the mainstream asset-backed stablecoin issuers who hire third-party accounting firms.

The reserve auditor will connect to the Safe wallet via an application programming interface (API) and verify that the newly minted eUSD has a corresponding amount of collateral in the wallet. According to Holtzman, these auditors will allow users to see the wrapping and unwrapping events, as well as verify that the total supply on both blockchains is the same.

Furthermore, he stated that it will be entirely open source. So, if a user wants their own copy of the reserve auditor, they can have it. He also stated that users are free to examine their copy to ensure that whatever they claim is supported exactly as stated.

eUSD is said to be backed by assets on other blockchains; in this case, a bridge connecting MobileCoin to these blockchains is required. Aside from that, eUSD collateral is held in a safe Ethereum smart contract.

A bridge between MobileCoin and Ethereum is also required to move “wrapped” versions of eUSD between the two blockchains. When we say “wrapped tokens,” we mean tokenized versions of crypto assets that exist on blockchains that are not native to them.

Bridge operators in this stablecoin, like liquidity providers, must first be approved by the governors. Bridge operators will be in charge of wrapping and unwrapping eUSD as it moves between the MobileCoin and Ethereum blockchains.