Top 10 Most Undervalued Cryptocurrencies for 2023 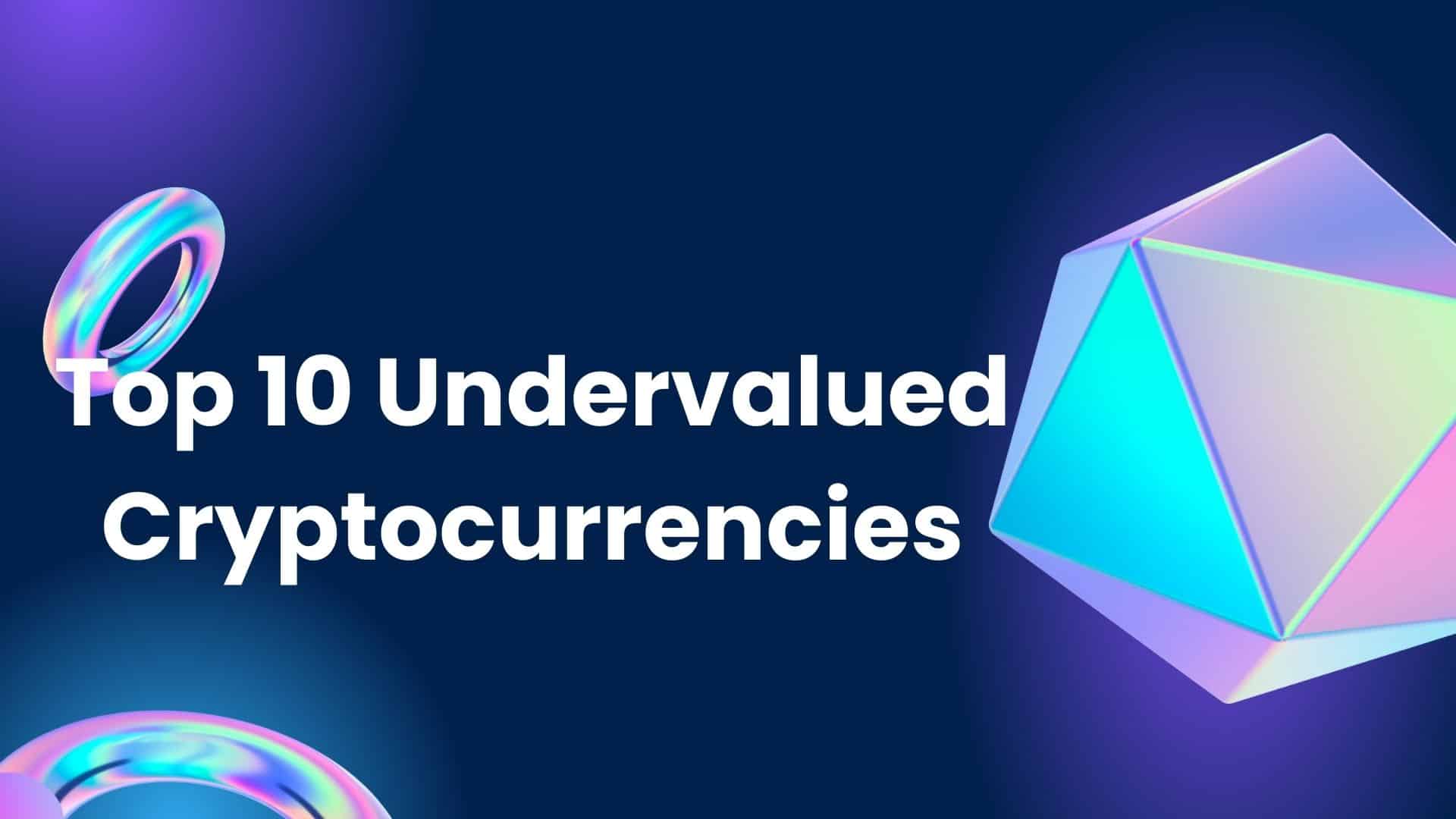 Even if you’re not familiar with cryptocurrencies, you’ve more than likely heard of Bitcoin and Ethereum. But were you aware that there are thousands of cryptocurrencies in the market? With so many choices, it’s tough to know which ones are worth investing in. That’s where we come in.

With our list of the most undervalued cryptocurrencies, you can discover some exciting projects for 2023. Of course, always remember that crypto is a risky market and you should never invest more than you’re willing to lose.

First up on our list of most undervalued cryptocurrencies for 2023 is Polkadot. This digital asset is underrated as a whole, even given that its unique parachain technology is paving the way for new and exciting projects. Through parachains, decentralized application (dApp) developers have the support and freedom needed to be successful in the blockchain space.

The primary focus of Polkadot’s parachain model is to create interoperability between blockchains. However, instead of one chain managing all the dApps, every project has its own, dedicated blockchain. Overall, there are more than 100 parachains on Polkadot, making it one of the most popular platforms for dApps.

These parachains are in high demand because they offer increased performance over other decentralized blockchains. Since they aren’t sharing with other dApps, there’s no bottleneck causing problems. Plus, all projects that fall under the Polkadot umbrella have the ability to port data to each other in a seamless manner.

With its interoperability capabilities, Polkadot is making itself a player as Web3 becomes a larger part of society. While this cryptocurrency is fairly well-known, it’s still a project that hasn’t garnered much attention this year, which means it’s worth keeping an eye on throughout 2023.

Another high-ranking coin on our list of most undervalued cryptocurrencies is Solana. Even though it has a high market capitalization, this project has managed to fly under the radar. A lot of this can be attributed to its drop in price to start 2022. As a result, Solana is in the prime position for a long-term entry point.

Even if that weren’t the case, most people don’t know how much of a player Solana is in the NFT (non-fungible token) game. This reason alone is why we have the coin on our list. As Solana continues to attract developers in the NFT space, its value will continue to go up.

Plus, Solana outranks Ethereum when it comes to TPS (transactions per second). Solana can handle over 2,500 TPS, while Ethereum tops out at a paltry 30 TPS. Overall, Solana is an excellent choice because of its role in NFTs and its speed. While it might not be worth going all in, it’s a project that offers plenty of potential for growth.

Another undervalued project to take a look at for 2023 is Avalanche. This project is still fairly new, which means it’s an excellent option for those watching for good deals. With AVAX technology, enterprise companies have the ability to create their own blockchain and manage it with their own governance rules. Plus, they’ll have the ability to connect them with other blockchains.

AVAX is expected to show continuous growth throughout 2023 as it continues to develop and improve on its interoperability between blockchain platforms. Plus, the project recently integrated with Ethereum-based Ampleforth (AMPL), which gives Avalanche access to Defi protocols. These advancements make AVAX a coin that many could undervalue in 2023.

Cardano checks in at fourth on our list of most undervalued cryptocurrencies for 2023. This smart contract platform focuses on dApps through a science and research-driven development approach. As a PoS (proof-of-stake) protocol, those who hold Cardano can earn rewards for staking their ADA. Doing so gives the platform the ability to scale and provide sustainability.

Many point to Japan as a big reason to consider investing in Cardano this year. Most of those who are HODLing ADA are located in Japan, and as the country continues to adopt cryptocurrency the price of its most popular coins will undoubtedly grow, Cardano included.

Even though Algorand isn’t as well-known as Polkadot or Cardano, it’s still a cryptocurrency to watch throughout 2023. This decentralized, self-sustaining project launched its mainnet in 2019 and has shown promise ever since. For example, by the close of 2020, Alogorand boasted more than one million transactions in a day.

There are some naysayers who aren’t sold on Algorand, but its nascent technology makes it a cryptocurrency worth taking a gamble on. As developers continue to flock to the Alogrand blockchain, the value of the project should rise steadily throughout the year.

If you’re looking for a project that wants to bring crypto to the masses, take a look at Polygon. This unique project aims to provide a way to scale to other blockchains, focusing on providing fast transaction speeds. Remember how much faster Polkadot is than Ethereum? Polygon blows them both out of the water, processing 65,000 transactions per second.

This is done through Polygon’s single side chain, which helps keep the pipes clear from bottlenecks. It also gives the network the ability to complete transactions in less than two seconds. Not too bad, right? Overall, dApps on Polygon tend to focus on the financial aspects of the blockchain, specifically how decentralization can improve on already existing systems.

Another interesting project for 2023 is the Basic Attention Token or BAT. This cryptocurrency is the token for the Brave browser and rewards people for giving their “attention” to the browser. The idea is to create a fairer internet by paying people for watching advertisements, something other platforms don’t do.

As people become less enamored with Chrome given recent privacy concerns, expect them to make the move to alternate browsers. One such option is Brave, which would mean significant gains for BAT. Plus, as more popular publishers join Brave, so too will their followers.

It doesn’t hurt that BAT is also working to launch a decentralized wallet, moving away from its current options. Brave 2.0 will also offer a decentralized exchange, which will support NFTs and dApps. If all of these things come to fruition, expect BAT to move on up!

NFTs are smoking hot right now, which is why Enjin is on our list of most underrated cryptocurrencies. ENJ is an excellent token that is ideal for learning about NFTs, including how to mint them and how to integrate them into games. Since its inception, Enjin has focused on creating blockchain-based gaming apps. However, recently, the project has shifted to NFTs.

With Enjin, users can create their own NFTs without the use of code. The protocol walks creators through the process with a simple user interface. It only takes a few minutes to make a brand new NFT. Enjin then gives users a way to share their NFTs across blockchains, giving them a way to gain exposure. It’s surprising Enjin isn’t a large project, which is why it makes our list.

The ninth cryptocurrency on our list is Chainlink, a decentralized network that uses an oracle to provide data to its users. Chainlink focuses on using smart contracts to complete agreements, which relies on external information to know when to initiate. This project aims to bridge the gap between the real world and the blockchain.

Chainlink is an excellent altcoin investment if you don’t mind taking a bit of a risk in 2023. If you follow bigger projects in the blockchain community, you’re likely to discover that they’re on the Chainlink boat as well. For example, Polkadot has formed a partnership with Chainlink. With this type of collaboration, Chainlink is sure to experience growth in 2023.

Liquidity providers use their CAKE to earn more CAKE, which incentivizes users to invest more into the liquidity pool. While Pancake Swap isn’t as popular as other decentralized exchanges like Uniswap or SushiSwap, it’s still an excellent investment option if you’re looking for an underrated cryptocurrency.

The cryptocurrencies on this list present excellent opportunities for returns in 2023. However, don’t take a risk you can’t handle. Only invest as much as you’re willing to lose. The crypto market is still fairly volatile. With that said, take a deeper look at the projects on this list. There’s a good chance one or more of them will provide an excellent return on your investment. 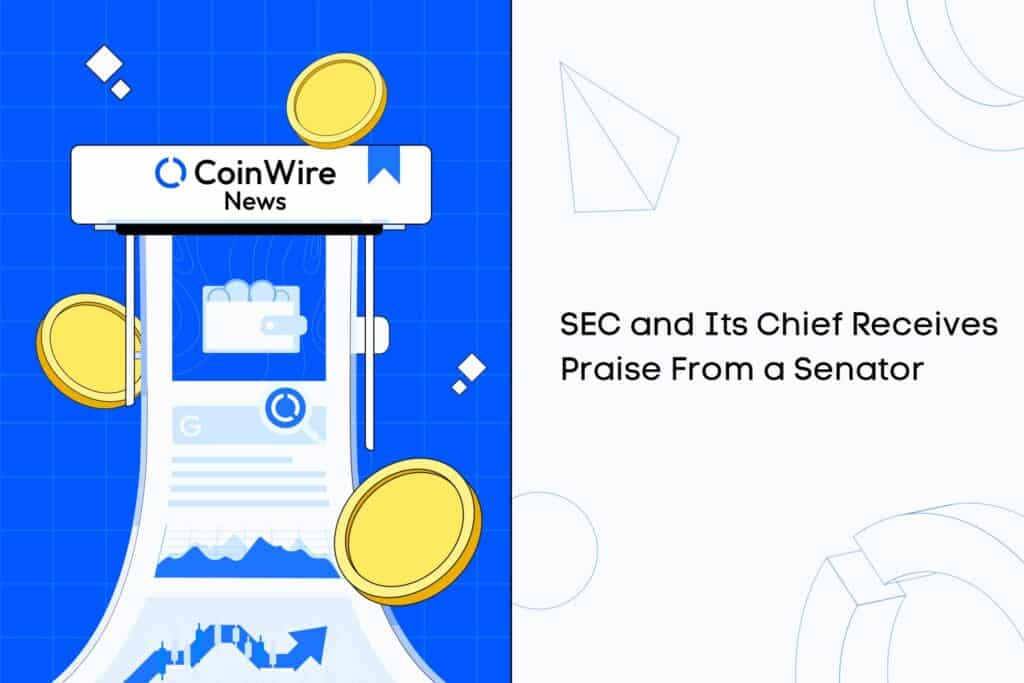