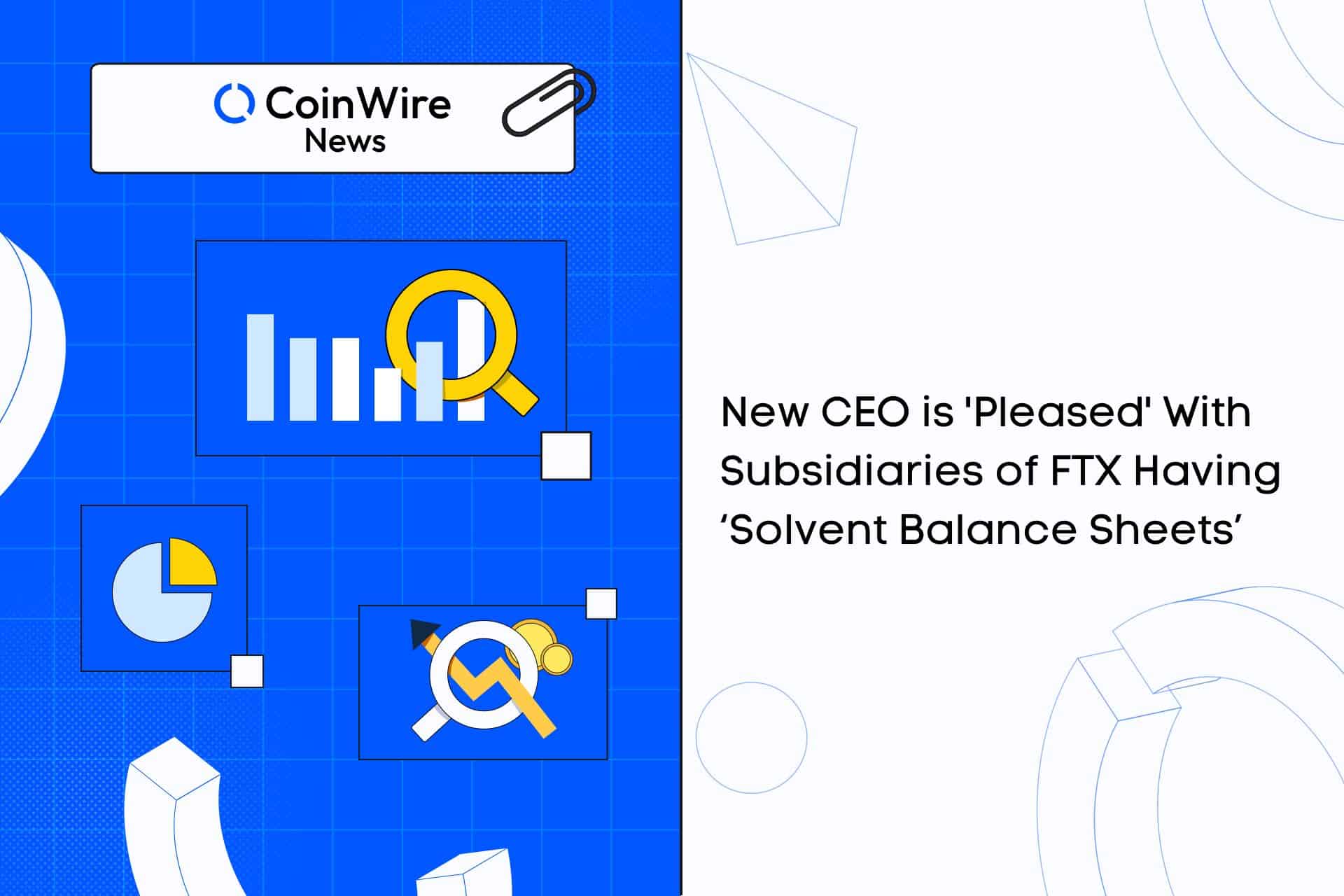 The Positive Beginning of the FTX’s Chapter 11 Bankruptcy Process

According to the report, FTX Trading Ltd. and its approximately 100 affiliated companies have begun a strategic review of global assets as part of the Chapter 11 bankruptcy process filed by the defunct crypto exchange.

According to John J. Ray III, the FTX Group’s new Chief Executive Officer, their review revealed a pleasing finding that many of FTX’s regulated or licensed subsidiaries, both within and outside the United States, have solvent balance sheets, as well as responsible management and valuable franchises.

According to a recent filing in Delaware yesterday, some of the largest identified financial positions include FTX EU Ltd., which currently has $49.4 million in total cash available, and West Realm Shires Services Inc., which has $48.1 million and is known to include the FTX.US crypto exchange as well as some acquisitions. The same report stated that FTX Ventures launched a $2 billion fund in January with less than $800,000 in available cash.

According to the FTX filing, the positions were calculated based on the businesses’ verifiable available books and records, and more than half of the identified bank accounts have yet to have their balances verified, and other accounts may exist, given the group’s “historical cash management failures and the deficiency of documentation controls.”

According to the statement, FTX Debtors, or FTX companies, have already engaged Perella Weinberg Partners LP as lead investment bank and have begun preparing some assets for sale or reorganization. Ray claimed that the FTX Debtors already have a trained team that will prioritize the preservation of franchise value.

The FTX Debtors have already filed several motions with the Bankruptcy Court, according to the report, “seeking interim relief from the Court that, if granted, would allow the operation of a new global cash management system and the ordinary course payment critical vendors and vendors at foreign subsidiaries.” Furthermore, the report stated that a hearing is scheduled for November 22 this year.

FTX Group CEO John J. Ray issued a 30-page affidavit in which he stated that the collapsed crypto exchange platform does not know how much money it still has and does not have a complete list of employees. However, the new CEO was able to estimate that the now-bankrupt FTX Group, which includes FTX.com, trading desk Alameda Research, and FTX US, has approximately $564 million in cash.

Ray and his newly appointed directors are now working to locate all of FTX’s bank accounts, request that they be frozen, and instruct the institutions that govern them not to accept instructions from Mr. Bankman-Fried or other signatories.

The new CEO is known to have gone to great lengths to distance the company from its former CEO, who has been open about the bankruptcy filing. Just last night, the new CEO took to Twitter to clarify that Bankman-Fried has no ongoing role at FTX.com, FTX US, or Alameda Research Ltd. and is not authorized to speak on their behalf.

On the plus side, the new CEO claimed that FTX still owns only a fraction of the digital assets, which allegedly total $740 million and are currently held in cold storage wallets, which FTX “believe is attributable” to West Realm Shires, Alameda, or FTX.com.

Binance decided to withdraw from the pending acquisition of it, citing that FTX’s circumstances at the time were already beyond the company’s ability to help. Ray’s 30-page affidavit, which jumps on the details of how far FTX was beyond help, has been made public. The said asset and liability listings of the more than 130 companies included in the bankruptcy come with a disclaimer that balance sheets from Alameda Research and FTX’s venture companies were allegedly not recently, if at all, audited.

New CEO Labels the Current Situation of FTX as ‘Unprecedented’

The new CEO of FTX, John Jay Ray III, is known to have assisted in the management of the aftermath of several large corporate failures in history, including the 2001 implosion of Enron, an energy trading firm, and its accounting fraud scandal. Despite his experience with several corporate failures, Ray believes the case of the now-defunct crypto exchange platform FTX is the worst.

Last Thursday, the new CEO couldn’t help but express his dismay in a blistering court filing, claiming that he had never seen “such a complete failure of corporate control.” He then went on to list a series of what he called “unacceptable management practices,” including the use of unsecured group email in accessing sensitive data. He went on to say that the financial data kept by FTX was completely untrustworthy.

Based in the U.S. According to his filing in the Bankruptcy Court for the District of Delaware, the current FTX situation is unprecedented, and it can be traced back to compromised system integrity and faulty regulatory oversight abroad, as well as the concentration of control in the hands of a very small group of inexperienced, down to unsophisticated and potentially compromised individuals.